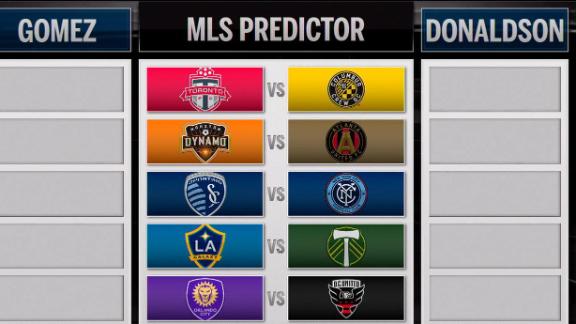 The New York Red Bulls acquired one of the most highly rated center-backs in MLS on Friday by landing Tim Parker in a trade with the Vancouver Whitecaps.

The Whitecaps will receivemidfielder Felipe Martins in exchange, as well as $500,000 in targeted allocation money and an international roster spot.

Parker, who is entering the final year of his contract, requested a trade after talks over a new deal broke down this winter, sources confirmed.

He made $99,600 in guaranteed compensation last season but MLSsoccer.com reported he was seeking a raise to $600,000 after excelling in 32 starts for Vancouver, and rejected a deal with over $466,000 a year.

It will now be up to the Red Bulls to negotiate a new deal with the 25-year-old, whowas second in MLS last season with 86 headed clearances and fifth with 73 aerials won.

"Tim is the type of defender we look for," Red Bulls coach Jesse Marsch said in a statement. "His soccer knowledge, athleticism, and one-on-one defending ability are qualities that fit with what we ask of our center backs. I know he is glad to be coming home to New York, and we think he will thrive in our style of play."

Vancouver will retain a portion of any future sale for Parker outside of MLS.

"Felipe has consistently proven to be one of the best box-to-box midfielders in Major League Soccer," Whitecaps coach Carl Robinson said. "He's fiercely competitive, very comfortable on the ball, and creative going forward. We firmly believe he's someone that will make the players around him better and we're delighted to add him to our group in the prime of his career."

According to MLSsoccer.com, Felipe is set to earn about$450,000 over the next two seasons.