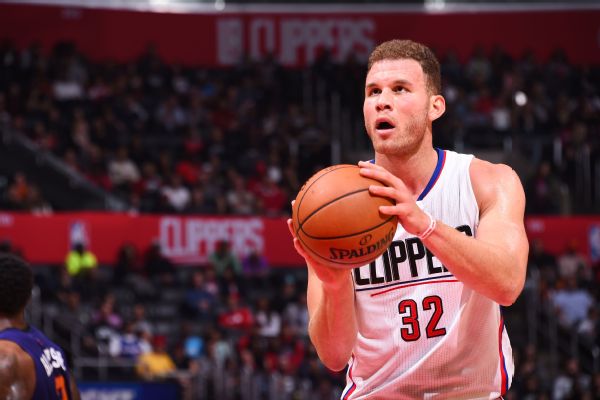 LA Clippers forward Blake Griffin will undergo minor surgery on his right knee this week and is expected to be sidelined until at least January, according to The Vertical.

The report called the surgery a "cleanup" that is scheduled for early this week.

Griffin missed a game last weekend because of a sore right knee but had been playing through it since the issue began. Clippers coach Doc Rivers said, as quoted in the Orange County Register, that the injury was not suffered during the Clippers' loss to theGolden State Warriorson Dec. 7 and described it as more cumulative in nature.

Griffin missed his rookie season with an injury to his left knee, having surgery in January 2010.

He also missed three months last season after breaking his right hand in a fight in January with the Clippers' former assistant equipment manager. Griffin played just 35 regular-season games then reinjured his left quadriceps tendon in April during the playoffs, forcing him to miss the final two games of the Clippers' first-round series loss to thePortland Trail Blazers.