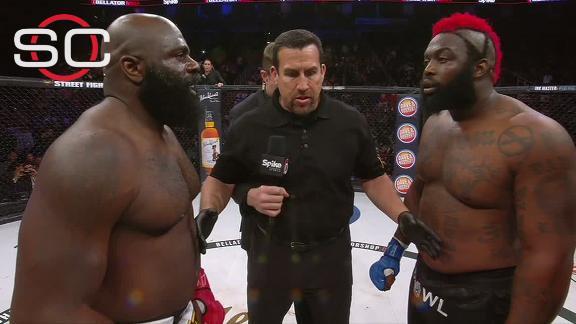 Kimbo Slice and Ken Shamrock have failed prefight drug tests in connection with last month's Bellator 149 event in Houston, according to multiple reports.

The Texas Department of Licensing and Regulation has placed both fighters under administrative suspension after testing positive for unnamed banned substances on Feb. 19. MMAFighting.com first reported the failed tests.

Bellator officials told ESPN.com the promotion has not been informed by the TDLR of any doping violations and thus could not comment on the matter.

Slice, 42, defeated Dada5000, birth name Dhafir Harris, via third-round TKO. The fight was widely criticized, as both Slice (6-2) and Harris gassed badly in the first round. Harris was taken to a local hospital and fell into critical condition before stabilizing the morning after the fight. He remained hospitalized for more than a week.

Shamrock, 52, suffered a first-round TKO loss to Royce Gracie in the evening's main event. Unless overturned, this would mark the second drug failure of Shamrock's mixed martial arts career. In 2009, Shamrock (28-17-2) tested positive for the anabolic steroids stanozolol and two forms of nandrolone in California. He was suspended for one year.

Bellator 149 produced the highest ratings in the promotion's history, according to figures released by Spike TV. The co-main event between Slice and Harris drew an average of 2.5 million viewers.

Pending any kind of appeal, Slice's win likely will change to a no-contest. 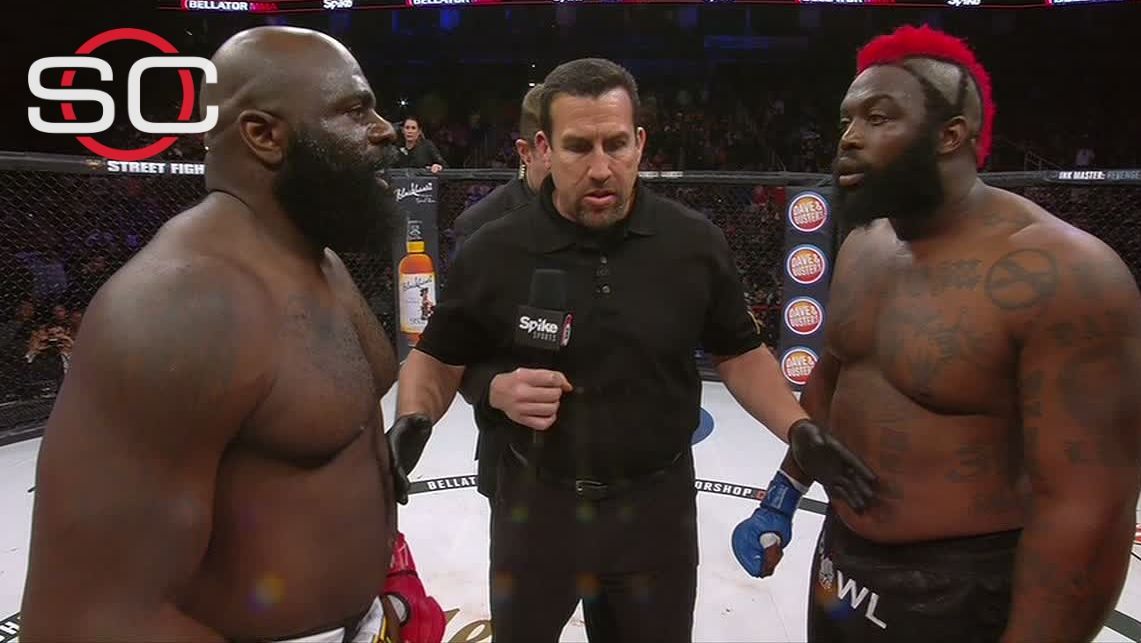