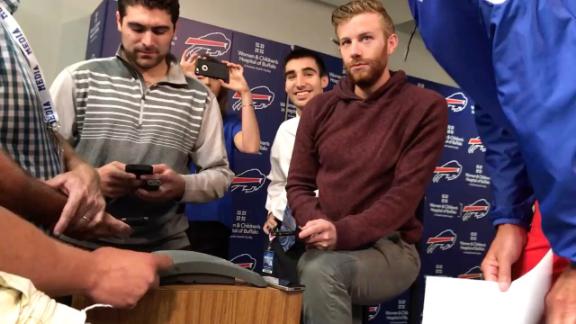 ORCHARD PARK, N.Y. -- The New England Patriots aren't tipping their hand on whether Jimmy Garoppolo, Jacoby Brissett or someone else will start at quarterback Sunday against the Buffalo Bills, so Rex Ryan took matters into his own hands Wednesday.

As Patriots receiver Julian Edelman wrapped up a conference call with Buffalo reporters, Ryan -- who just entered the room for his news conference -- leaned over into the speakerphone and asked Edelman a question.

"Julian, this is, uh, Walt Patulski from The Buffalo News," Ryan said. "Are you playing quarterback this week?"

"Are you playing quarterback this week?" Ryan repeated.

"I'm gonna do whatever the coaches ask me to do," Edelman said, "so if they ask me to go out and get a glass a water to someone on the sideline, I'm gonna do that with a smile on my face if it helps our team win. So you can ask Coach that one."

"All right, Julian, I will, buddy," Rex said, as he laughed and walked to the lectern.

The Patriots have not indicated who will start Sunday's game at quarterback, which will be the final game that Tom Brady will miss because of his four-game Deflategate suspension.

Garoppolo (shoulder) and Brissett (thumb) have both practiced this week, but Ryan said Monday he does not expect to know the Patriots' starter until kickoff. The Bills' coach is prepared for the possibility of Edelman, a college quarterback at Kent State, starting for New England.

"I know how difficult it is to defend against a running quarterback," Ryan said following Sunday's win over the Arizona Cardinals. "That's what we have to be ready [for] in case Edelman quarterbacks, right? I have a funny feeling he isn't going to be Brady back there."

Although Ryan is getting ready for any potential Patriots starter, he said Wednesday he thinks he knows who New England will start -- but won't let reporters in on his hunch.

"My sources tell me that Babe Parilli is gonna be the quarterback," Ryan said, referring to the Boston Patriots' quarterback of the 1960s, who is now 86. "He is definitely ... he doesn't move the way he used to, and I'd be very confident. So we'll see what happens there."

Ryan's surprise question to Edelman was the third made-for-TV moment the Bills coach has offered as anticipation builds for the Bills' and Patriots' first meeting of the season.

Ryan declared after Sunday's win over Arizona that even if Patriots coach Bill Belichick started at quarterback, the Bills are "coming after him." Then, on Monday, Ryan began his news conference with an impression of Belichick, mumbling to reporters that they would need to wait until Wednesday to get the team's injury report.

"Obviously, [Belichick's] style works a hell of a lot better than my style, so I'll give him that," Ryan said. "But I learned a time ago: You got to be yourself in this league. That wouldn't work. If I tried to be like Bill Belichick, that would never work for me. Just like -- not that he ever would -- he's gonna try to be like someone else, that would never work for him.

"I think it's hilarious when he's on [stage] there [at his news conferences] because it's who he is, but it's great. He does it better than anybody else. Some guys that try to copy that style, they're phonies."

"I'm just focused on getting ready for the Bills," he said. "I'm not really that in tune to all of that. I'm sure it's important to you guys, but it's not really anything I spend much time with." 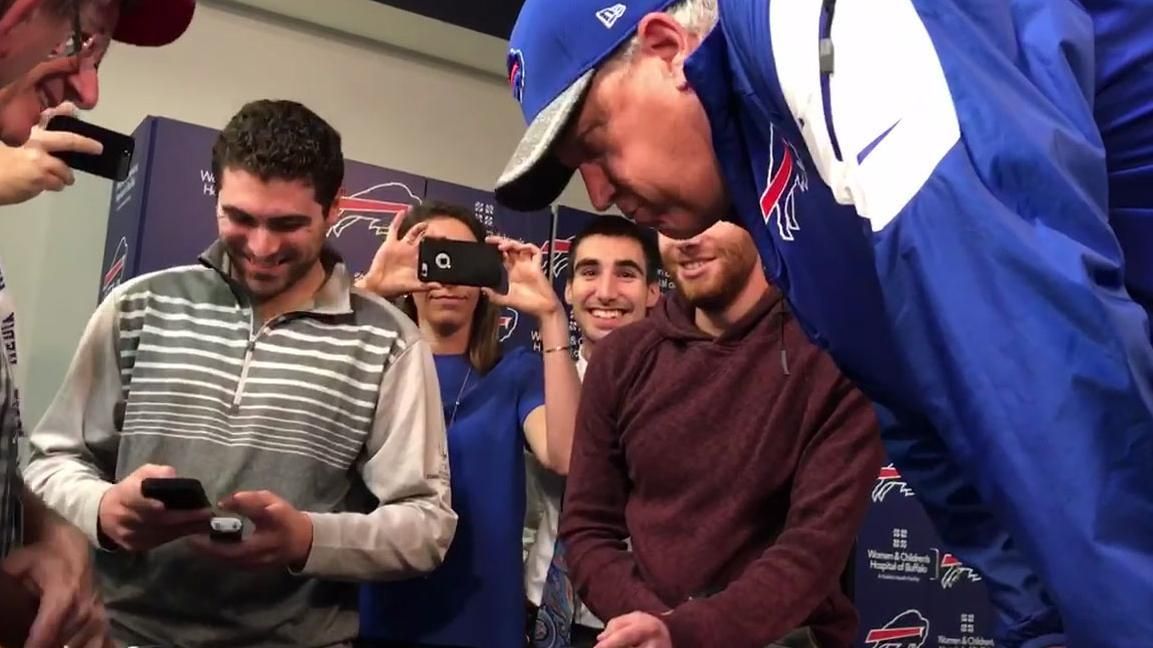