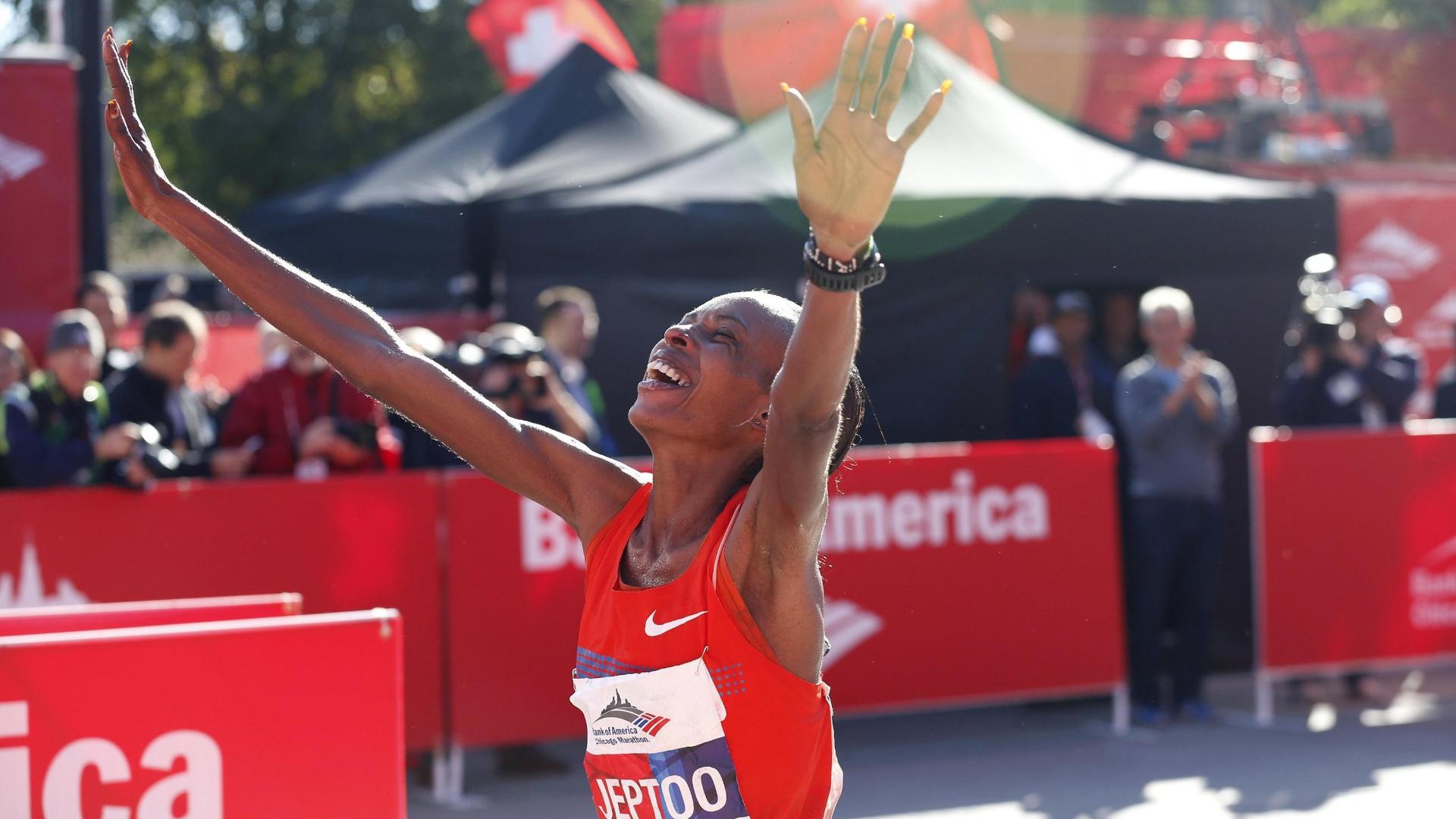 David Okeyo and Jackson Tuwei, who are vice presidents of Athletics Kenya, told The Associated Press that Jeptoo's "A" sample taken in an out-of-competition test in Kenya on Sept. 25 showed traces of the blood-boosting drug.

It was unclear if Jeptoo, the women's two-time defending champion of both the Boston and Chicago marathons, will ask for her backup "B" sample to be tested.

Jeptoo's agent, Federico Rosa, said he would advise her not to ask for the backup test "because of what they found in the sample." Rosa said he had not spoken to Jeptoo since news of her failed test broke last week.

Jeptoo is one of the highest profile Kenyan athletes to fail a doping test, and her case comes weeks after the release of a damaging report into doping in Kenya. The report said that banned substances have become easily available to runners in the East African country, where there are no effective doping controls.

The 33-year-old Jeptoo claimed her second straight title in Chicago on Oct. 12. She was set to be crowned winner of the World Marathon Majors series over the weekend before it was revealed Friday that she had failed a doping test. The failed test was around two weeks before her latest victory in Chicago.

Rosa, the agent, said he had been informed Jeptoo was currently in Kenya and would travel to the capital, Nairobi, on Tuesday. Okeyo said Kenya's athletics federation would also meet Tuesday to discuss Jeptoo's case.

"If Rita accepts the results of the 'A' sample, then we will have 21 days to follow process," Okeyo said.

He said Jeptoo had "disputed" the EPO finding but had not yet said whether she wanted to challenge the result.

World athletics body the IAAF has not commented on details of Jeptoo's case, while Athletics Kenya did not identify the substance when it confirmed her failed test on Friday.

Jeptoo's failed test comes amid a recent spike in doping cases involving Kenyans. Eighteen Kenyan runners had failed drug tests in 2012 and 2013, the doping report said, a rate of nearly one a month.

That compared with 18 Kenyan doping cases in total in the 19 years before 2012, the report said. 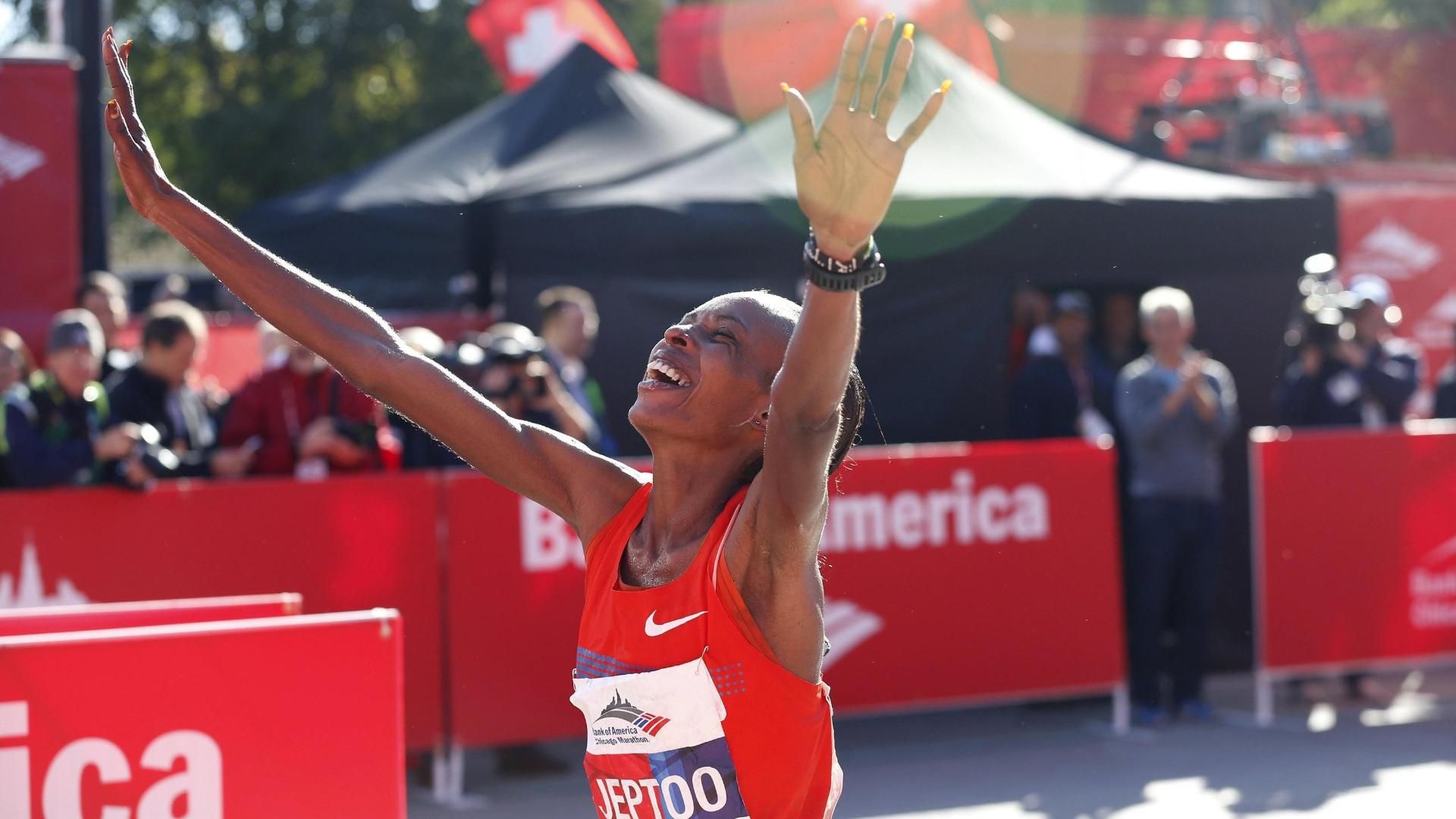