Sabathia: Knee pain always at least 8 out of 10 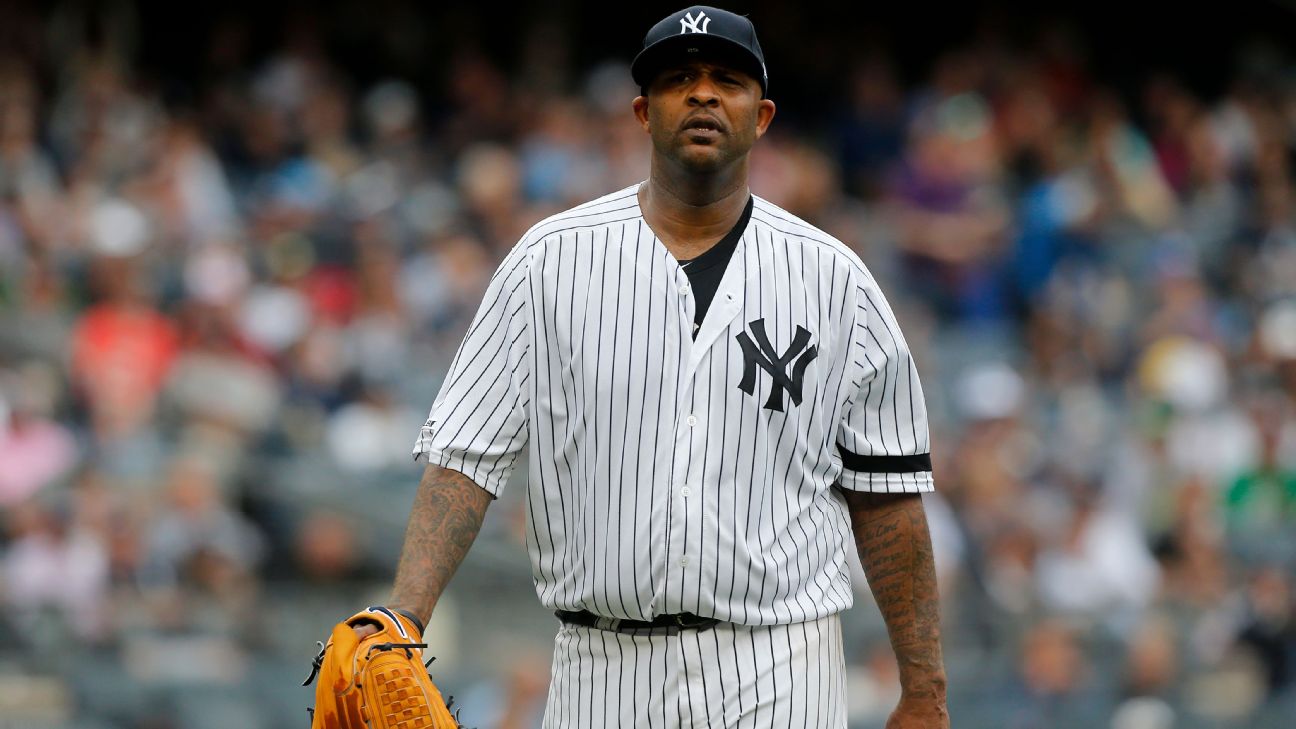 NEW YORK --Yankeespitcher CC Sabathia, on the injured list for the third time this season, says the pain in his surgically repaired right knee has been constant for five years.

Sabathia was put on the IL again last Sunday after going 0-2 in four starts since beating Toronto on June 24. The 39-year-old left-hander missed the first two weeks of the season and was on the IL from May 23 to June 2.

"It honestly just is what it is, just kind of deal with it when it comes. It's not really alarming at this point. It was two years ago," he said. "I can get through it and figure it out."

Sabathia had surgery after the 2010 season, in July 2014 and after the 2016 and 2018 seasons. He pitches with a brace and needs periodic injections during the season.

He had a platelet-rich plasma injection and a lubricant this time but not cortisone. He thinks he will start to play catch next week.

"Once I'm able to play catch, it doesn't take me that long," he said. "It may take a little longer this time just because the PRP takes a little longer."

Sabathia isn't worried about needing another injection later this year.

He also had his pitching shoulder checked by doctors.

"It just was a little cranky," he said. "Everything's good."

Sabathia is 5-6 with a 4.78 ERA in 17 starts. He intends to retire this year after his 19th major league season. That's one reason he isn't too worried about his knee's long-term condition.