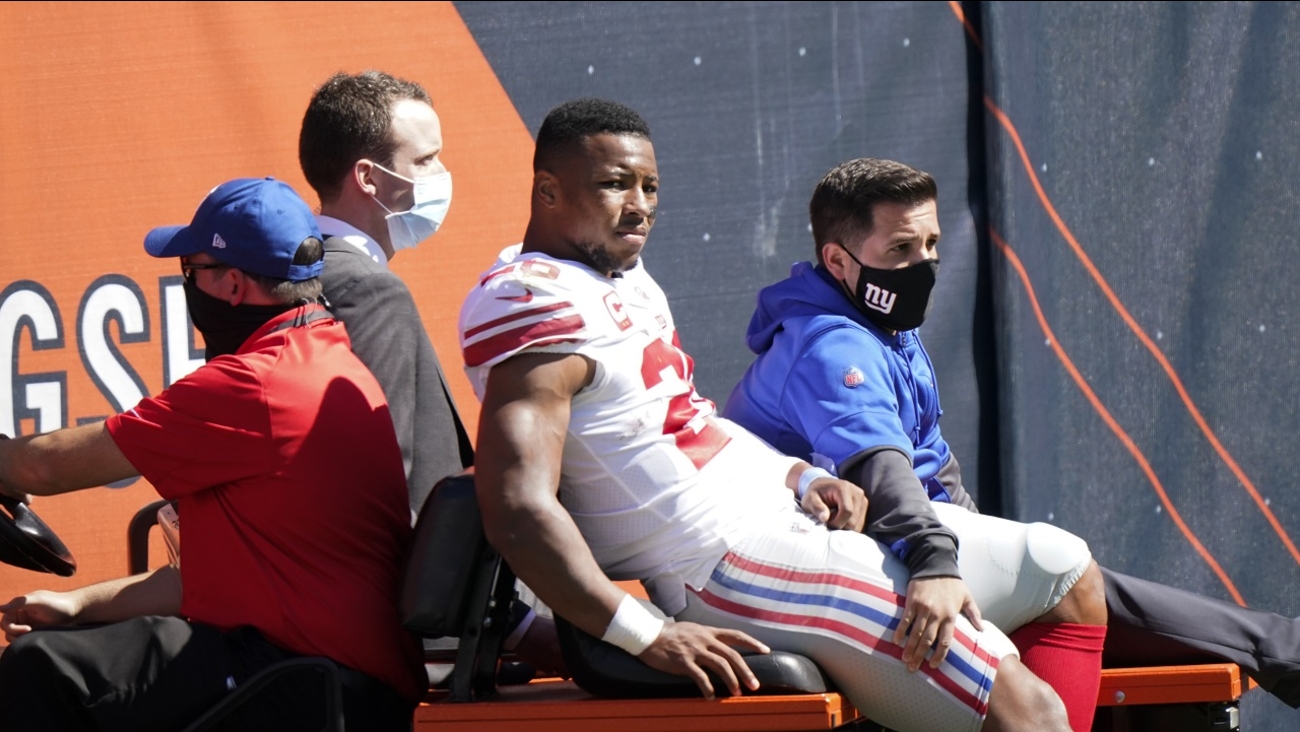 Barkley will undergo surgery to repair the injury in the near future and is expected to miss the rest of the season.


Barkley went down hard on the Chicago sideline after trying to fend off Bears safety Eddie Jackson on a 6-yard carry early in the second quarter of the team's 17-13 loss.

The 2018 NFL offensive rookie of the year dragged his right leg behind him as he was helped back across the field to the Giants sideline.

After a short conversation with trainers, Barkley got on a cart and was driven into the tunnel. The team said he was going for X-rays and would undergo further evaluation on Monday.

Sterling Shepard, who had six catches for 47 yards during New York's season-opening loss to Pittsburgh, departed with a toe injury.

Playing without Barkley and Shepard, New York almost rallied for the road win. Dion Lewis scored on a 1-yard run and Graham Gano kicked a 37-yard field goal to make it 17-13 with 7:43 left.

Cairo Santos missed a 50-yard field goal attempt for Chicago with 2:02 remaining, handing the ball back to New York in good field position. Jones directed the Giants all the way down to the Bears 10, but he threw an incomplete pass looking for Golden Tate on the final play - and Tate was flagged for offensive pass interference anyway.

Jones also was sacked four times. He tossed two interceptions and was sacked three times during last week's loss to the Steelers.

Barkley also seemed to be shaken up after he was tackled at the end of an 18-yard run late in the opening quarter, but he quickly re-entered the game.

The 23-year-old Barkley struggled in Week 1 against Pittsburgh, finishing with just 6 yards on 15 carries. He also was criticized by former Giants running back Tiki Barber for his pass-blocking skills.