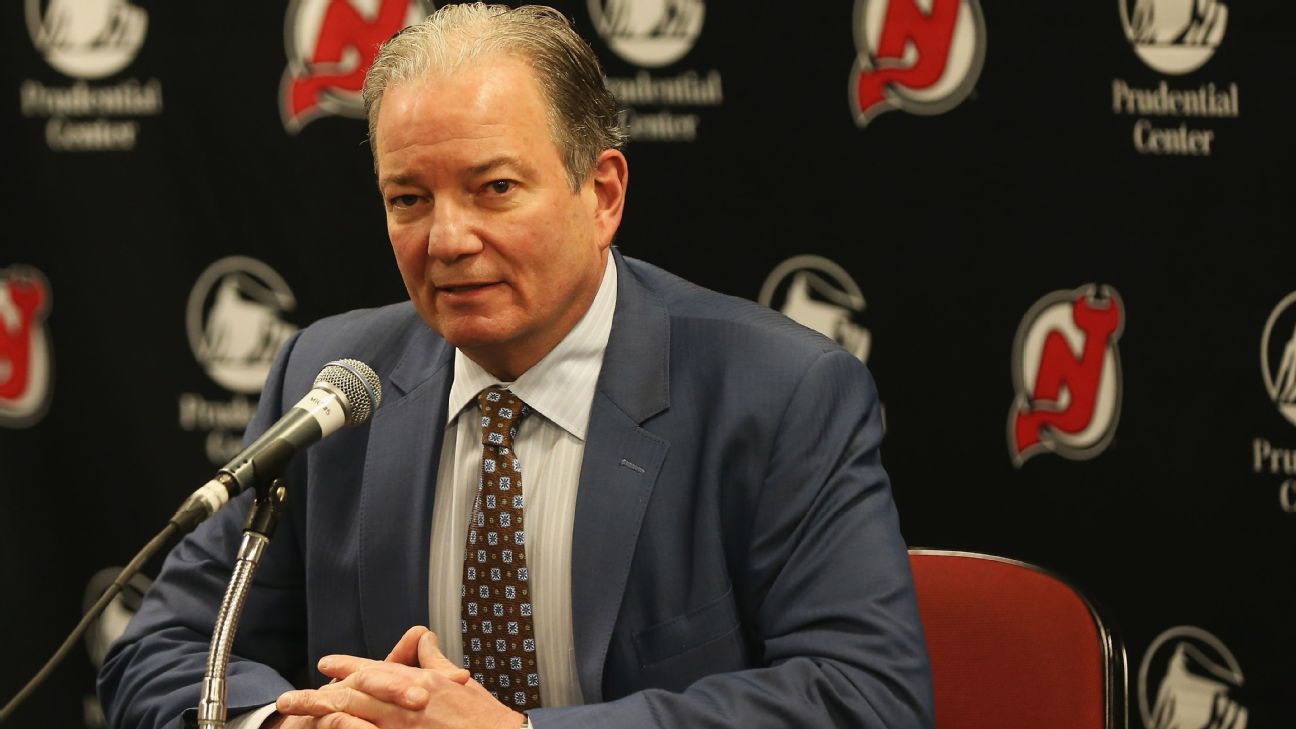 Assistant GM Tom Fitzgerald will serve as the interim GM, and he will "receive support" from Hall of Fame goaltender Martin Brodeur, who is serving as an advisor to hockey operations, according to the team.

"Ray is a talented hockey executive and I am confident he will have great success in the future," Devils managing partner and chairman Josh Harris said in a statement released hours before New Jersey hosted Tampa Bay at Prudential Center. "However, Ray and I are in agreement that the Devils need to move in a new direction and that this change is in the best interest of the team."

Shero, 57, replaced Lou Lamoriello as the Devils GM in 2015. Shero previously served as GM of the Pittsburgh Penguins from 2006-14.

It's the latest fallout from a wildly disappointing season for the Devils, who had serious playoff aspirations after making a series of bold summer moves. But at the time of Shero's firing, the Devils were in last place in the Metropolitan Division at 16-12-7, with the fifth-worst record in the league, and a minus-38 goal differential. Coach John Hynes was fired in early December by Shero, and assistant Alain Nasreddine has been serving as interim coach.

The moves were to hopefully capitalize on 2018 MVP Taylor Hall's final year under contract with the New Jersey Devils, and potentially convince Hall to sign long-term. However, New Jersey stumbled out of the gate, and it was clear that Hall was not going to sign an extension, instead wanting to test free agency this summer.

The Devils traded Hall to Arizona on Dec. 16 for a 2020 first-round pick, a conditional third-round pick, AHL centers Nate Schnarr and Nick Merkley, and junior defenseman Kevin Bahl. The Devils also sent AHL center Blake Speers to Arizona as part of the deal.

Since they lost in the 2012 Stanley Cup Final, to Los Angeles, the Devils have made the playoffs just once, in 2018. That was a first-round elimination, to Tampa Bay, in five games.

Harris said the Devils will launch a formal search for a new GM in the "coming weeks and months."

"We are very optimistic about our future and have a lot of talent, both on and off the ice," Harris said. "Our organization remains deeply committed to creating a sustainably winning franchise. Our fans deserve nothing but the best hockey. We thank them for their continued support as we work toward our goals."
Report a correction or typo
Related topics:
sportsespnnewsnhljack hughesnew jersey devils
Copyright © 2022 ESPN Internet Ventures. All rights reserved.
TOP STORIES
19 children, 2 adults killed by gunman in TX school shooting
Uvalde school shooting: What we know about 19 kids, teacher killed
Jersey City police fatally shoot man after report of shots fired
Live | Eyewitness News 24 x 7
Fleet Week New York returns to the Big Apple
AccuWeather: Sun and clouds with a cool breeze
'People are getting numb': Texas mom reacts to mass shoot at school
Show More
A look at some of the deadliest US school shootings
Rep. Antonio Delgado to be sworn in as NY lieutenant governor
Biden to sign policing order on anniversary of Floyd's death
Biden addresses nation on 'horrific' Texas school shooting
Alleged shooter in unprovoked subway murder surrenders
More TOP STORIES News