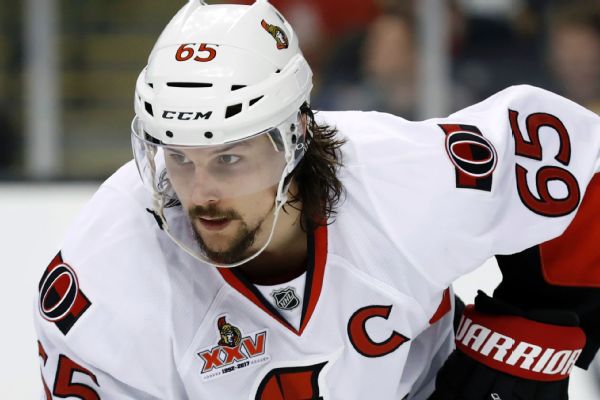 Karlsson played during the first round of the Stanley Cup playoffs with two microfractures in one of his feet from blocking a shot late in the regular season.

After Game 4, Boucher said he kept Karlsson off the ice in the third period for precautionary reasons.

"We felt it was better for him to keep him off the ice in the [third] period," Boucher said. "He could've come back, but we just wanted to make sure. He has a lower-body injury."

The Senators and Rangers are tied 2-2 in their second-round series.