Shurmur: Eli our QB but Jones getting ready 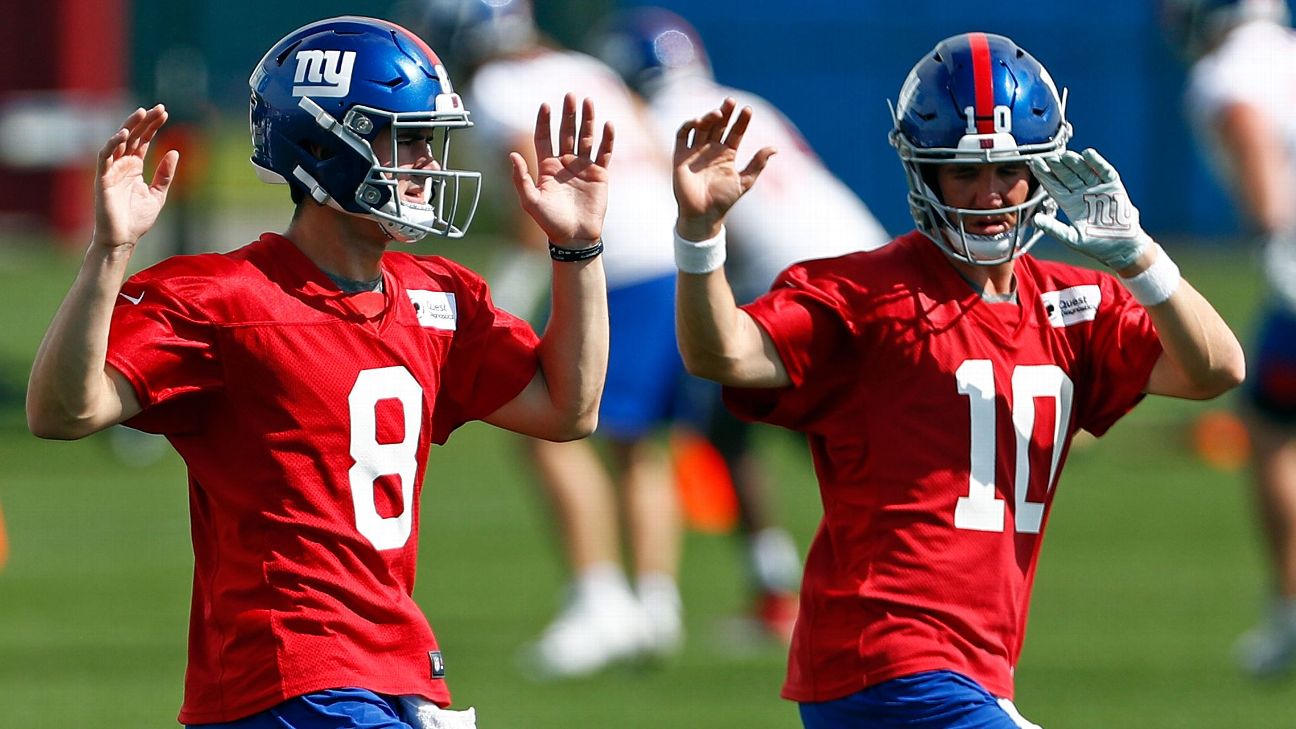 ESPN
By Jordan Raanan
EAST RUTHERFORD, N.J. -- As the New York Giants wrap up their offseason, Eli Manning remains the starting quarterback while No. 6 overall pick Daniel Jones tries to get ready for Week 1, in case it's necessary.

Coach Pat Shurmur reiterated after Tuesday's OTAs that Manning is still the starter, a position he's held for the past 15 years. Manning took all of the first-team snaps at last week's minicamp and OTAs. Jones worked primarily with the second team.

"Eli is the starter and [Jones] is getting ready to play," Shurmur repeated on several occasions.

But he didn't completely close the door on an impending competition this summer, even if Manning has a seemingly insurmountable lead and it would take something out of the ordinary (like a potential injury) to flip the order.

"But we feel good about where Eli is. He's our starting quarterback. We have a young player. We think he's going to be an outstanding player. Getting himself ready to play."

Shurmur was later asked specifically if he viewed it as an open competition at quarterback this summer. The Giants also have last year's fourth-round pick Kyle Lauletta and veteran Alex Tanney on the roster.

Manning and Jones still sit atop the depth chart.

The Giants have been impressed with what they've seen from Jones. He's thrown the ball well and picked up the offense quickly. The way he goes about his business has been what they expected.

Shurmur described it as a "really good offseason" for the young quarterback, who just months ago was at Duke. Offensive coordinator Mike Shula even said last month that he thought Jones would be ready to play Week 1, and that he was even further ahead of where they thought after the draft.

Shurmur seems to be in agreement.

"I think he's had a really, really productive offseason," Shurmur said. "He's on track with the goal to get ready to play Week 1. That's really what all the players need to be thinking. The quarterback stuff will be on the front burner for everyone moving forward. I get that. He's on track."

Manning danced around a question last week asking if he viewed it as a competition with Jones for the starting job. Jones did much of the same on Tuesday.

"I don't think that is my focus right now," Jones said. "In this offseason, I think all of our focus is on improving and being better than we were the day before. That is certainly mine.

"Like I just said, we're all trying to put ourselves in a position to play. I think every man on the team has that mindset when they go out to practice. Whatever the plan is, I think my focus, certainly right now, is just to be better than the day before."

There is always the possibility that the Giants need Jones to be ready for Week 1 against theDallas Cowboys. Injuries or performance could dictate it.

"You never know what is going to happen," Shurmur said. "As I said, Eli is getting ready to play. So is Daniel."
Report a correction or typo
Related topics:
sportsespndaniel jonesnfleli manningnew york giants
Copyright © 2020 ESPN Internet Ventures. All rights reserved.
More Videos
From CNN Newsource affiliates
TOP STORIES