Shurmur: OBJ praise of Mayfield not a shot at Eli 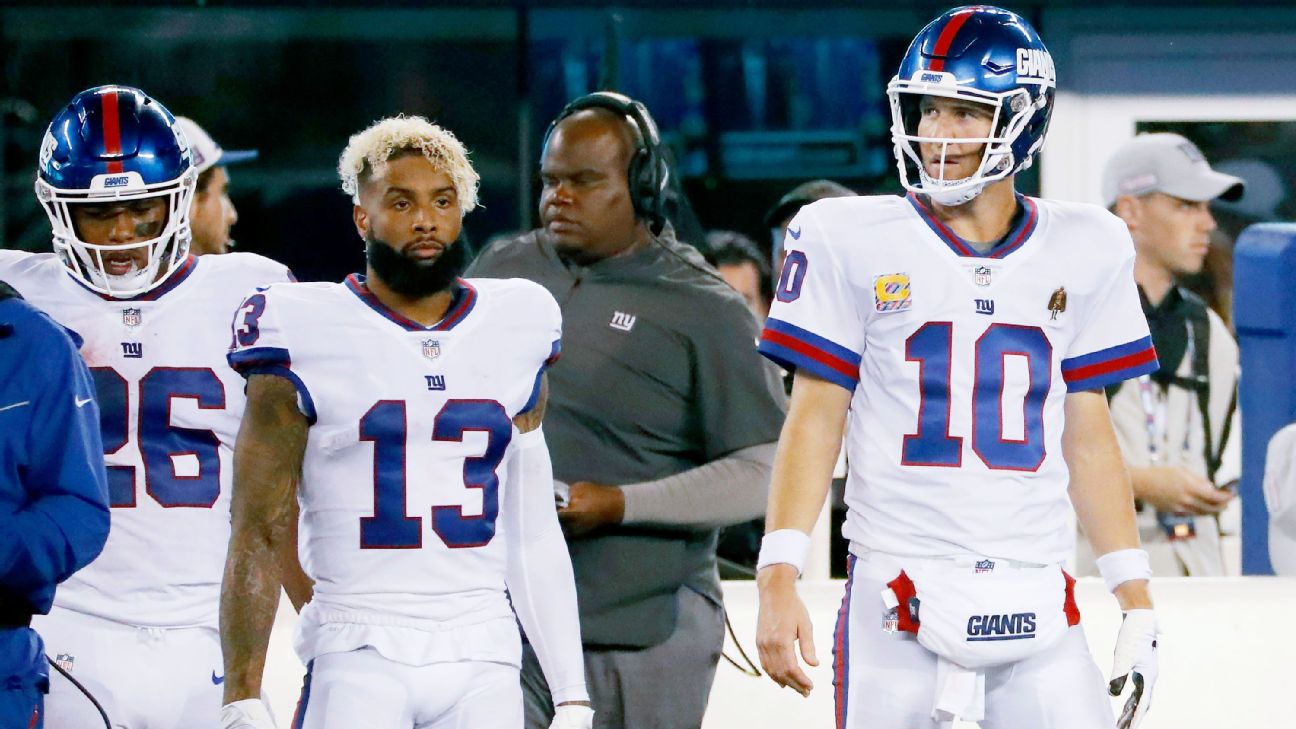 Manning had been the only starting quarterback Beckham had known as a professional with the Giants. Now, after being traded to the Browns this offseason. Beckham is getting used to working with Mayfield, including this week when he was present for mandatory minicamp.

"I'm also going to have to get adjusted to the speed, because he's got an arm," Beckham said of Mayfield. "He's throwing that ball hard. Just catching him from the first day, it was like, 'Wow, this is completely different.'"

This was viewed by some as a shot at the 38-year-old Manning, who was never known to have one of the league's strongest arms. The Giants struggled to get the ball downfield to Beckham last season.

Mayfield, 24, is coming off a record-breaking rookie season and is considered one of the league's rising young quarterbacks. Beckham talked this week about feeling "giddy" about the chance to start over.

Manning and Beckham had a successful working relationship for much of their five seasons together. Beckham set records during his first three years, and they were always complimentary of each other.

But Beckham voiced concerns about the two-time Super Bowl winning quarterback in a sitdown interview with ESPN's Josina Anderson last year, and that played a part in the Giants' decision to trade him.

Manning said earlier this spring that he's "been in touch with" Beckham since the trade. 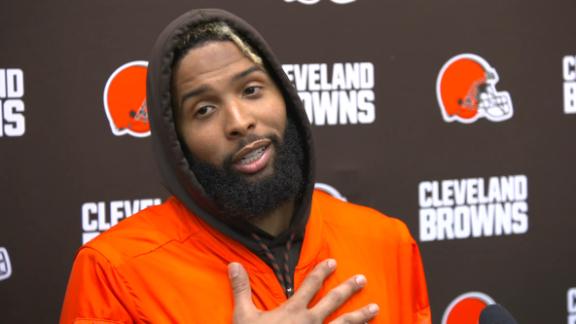 OBJ: 'I'm ready to get back to the playoffs'
Odell Beckham Jr. describes how excited he is to finally be working with the Browns and how his main goal is simply to get back to winning.
Report a correction or typo
Related topics:
sportsespnnflodell beckham jreli manningcleveland brownsnew york giants
Copyright © 2020 ESPN Internet Ventures. All rights reserved.
More Videos
From CNN Newsource affiliates
TOP STORIES