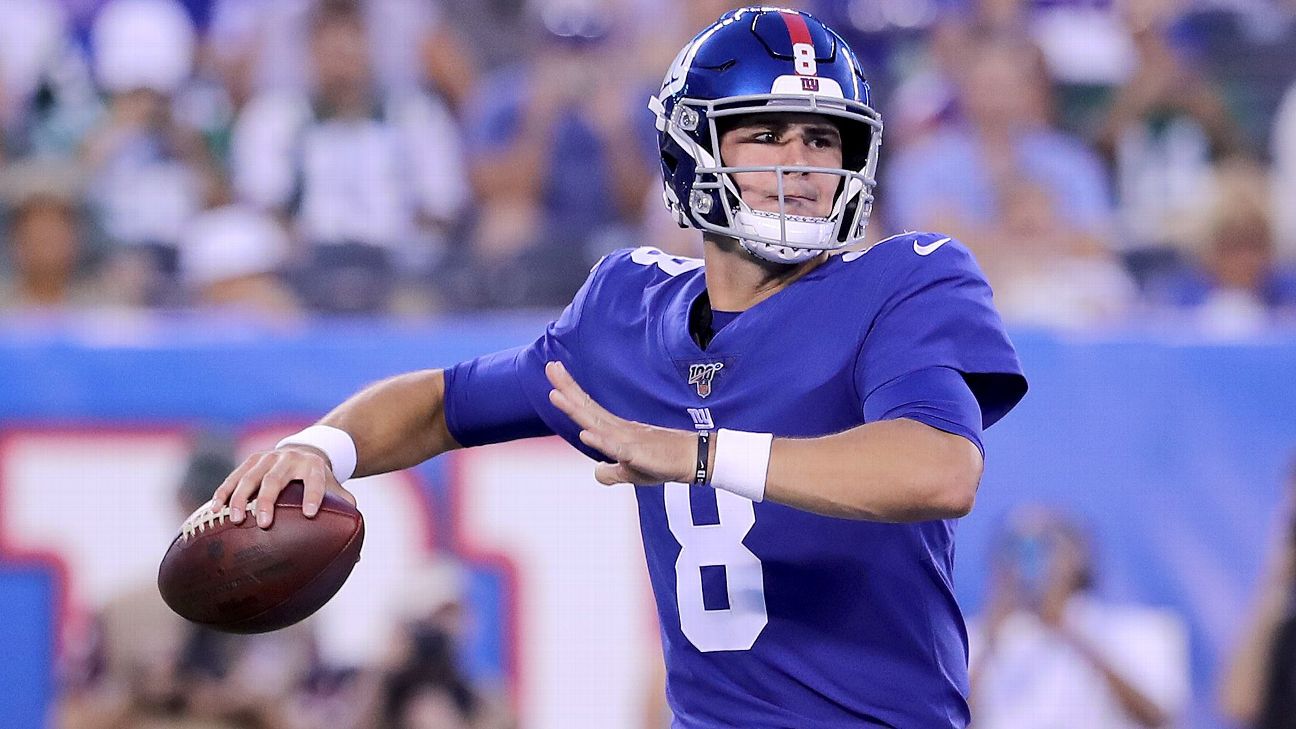 EAST RUTHERFORD, N.J. -- Daniel Jones' first impression on aNew York Giantsfan base that wasn't completely on board with his draft selection couldn't have been any better: one drive, no incompletions, one touchdown pass.

Jones, who was booed after being the No. 6 overall pick in this year's NFL draft, was perfect Thursday night as he led the Giants to a touchdown on his first career drive in their preseason opener against the New York Jets. He went 5-for-5 for 67 yards on a drive that concluded with a 12-yard scoring strike to wide receiver Bennie Fowler.

"There weren't any incompletions. I'd say that's a pretty good job," Giants coach Pat Shurmur said. "He's been checking off the boxes as we've went along. It seems to be surprising to people outside our building, but it's not to us."

It was the lone drive for Jones, whose night ended early because of a weather delay. The Giants' plan was to play Jones behind the starting line for a second drive when MetLife Stadium was cleared because of inclement weather in the area.

When the teams resumed play after a 59-minute delay, Alex Tanney replaced Jones behind the backup offensive line.

It kept Jones' debut perfect and left Giants fans feeling positive about the quarterback who was controversially selected ahead of Dwayne Haskins, who went 15th to the Washington Redskins.

"I think overall I did some good things," Jones said. "It was short, so I take that into account. I missed a couple of things. Could've been a little bit better with a couple things, so I'll focus on that. But good to just get out there for the first time."

Jones' debut lived up to a prediction made earlier this week by veteran wide receiver Russell Shepard.

"I've said it before: I think he's going to be very special," Shepard told ESPN. "He just has to wait for his time, and I think when his number is called and his time comes, I have no doubt this city and this organization is going to fall in love with Daniel Jones. He's going to be a good one."

It's only one preseason game and one drive, but this is the latest checked box for Jones, who had a strong spring that drew raves from the coaching staff. Offensive coordinator Mike Shula even expressed belief that Jones would be ready to play immediately, if necessary.

Jones didn't throw his first interception during live drills until his fifth practice at training camp, and he has been especially lethal with his deep-ball accuracy.

Eli Manning, who remains the starting quarterback, played the opening drive Thursday night and completed his only pass for 3 yards. The Giants ran three plays before punting.

Shurmur was quick to shut down any calls from Giants fans who might want Jones as the starter.

"I think slow your roll," Shurmur said. "This is just his first go-around. I think he did a good job. As I mentioned all along, he's done nothing to disappoint us. To take the team down the field and score a touchdown, it's a good start. It's something to build on.

"We have a lot of time left before we start playing games. Nothing at this point has changed."

Overall, however, Shurmur was pleased with Jones' performance.

"He looked pretty good, didn't he?" Shurmur said. "We sort of knew that when we picked him. How rare is it or how frequent is it? I don't know. We are just going to stay in the moment and coach the guys we have."

It didn't take Jones long to get in a groove. His first pass was a quick 5-yard completion to Cody Latimer. But it wasn't until later in the drive that Jones had his best throws. He nailed Fowler in the chest with a well-placed pass on third-and-7 on the play before the touchdown. 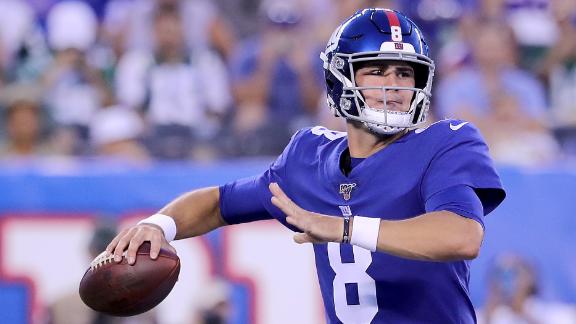 Jones zings 1st NFL TD, perfect on opening drive
Daniel Jones finds Bennie Fowler in the back of the end zone for a touchdown, completing a 5-for-5 drive. 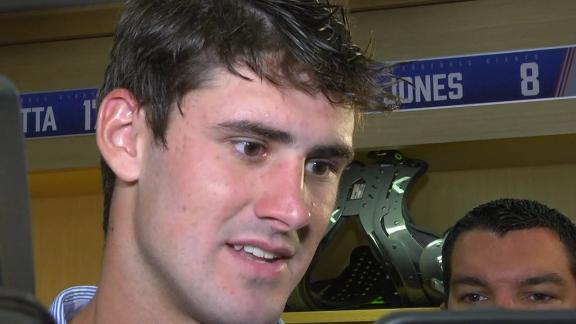 Jones has to track down TD ball
Daniel Jones describes the feeling of walking out into MetLife Stadium for the first time and shares that he doesn't know where his first TD ball is.
Report a correction or typo
Related topics:
sportsespndaniel jonesnflnew york giants
Copyright © 2020 ESPN Internet Ventures. All rights reserved.
More Videos
From CNN Newsource affiliates
TOP STORIES