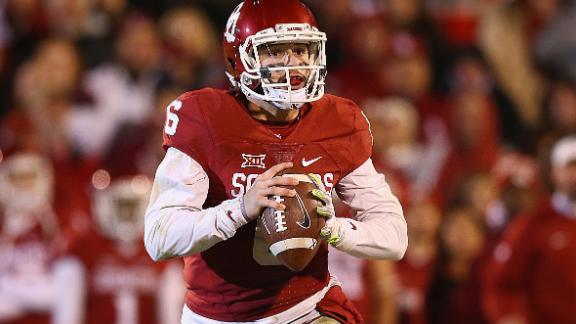 If there are no setbacks this week, Stoops expects Mayfield to play against the Cowboys on Saturday. The coach said the final decision would be left to the medical staff.

Mayfield said he understands the caution and that Oklahoma has to follow concussion guidelines, but he fully expects to play against Oklahoma State.

He said he hasn't had a headache since Saturday and that he is not worried about any repeat occurrences.

"I'm not going to go out there and play scared. That's how you get hurt," Mayfield said.

Said Stoops:"We'll talk to Baker about avoiding as many hits as he can, but he's fairly stubborn. Hopefully, he'll go down when he can, get out of bounds when he can and avoid some of that."

Even though Mayfield still has to be cleared for contact before he can play, he said not much will change this week in practice because he doesn't take any contact anyway.

Mayfieldsuffered a head injury during the second quarter of the Sooners' 30-29 win Saturday over TCU. The Heisman Trophy hopeful took a shot in the back of the helmet from TCU linebacker Ty Summers, who was ejected for targeting.

Mayfield stayed in the game for the rest of the first half but was replaced byTrevor Knight after telling doctors during halftime that he had a headache.

"I just hate I had to watch the rest of that game from the sideline. It killed me," he said. "My headache was gone in a matter of minutes, but they were following protocol and weren't going to let me go back in."

He said he also had a concussion in high school five years ago, but "I had all the symptoms then, dizzy and all the vision stuff, but this one wasn't like that. I passed the test at halftime and felt I could go back out there and play, but they wanted to be careful. I understand that and appreciate them looking out for me."

Stoops said he would bring Mayfield along gradually in practice, with limited participation Monday. 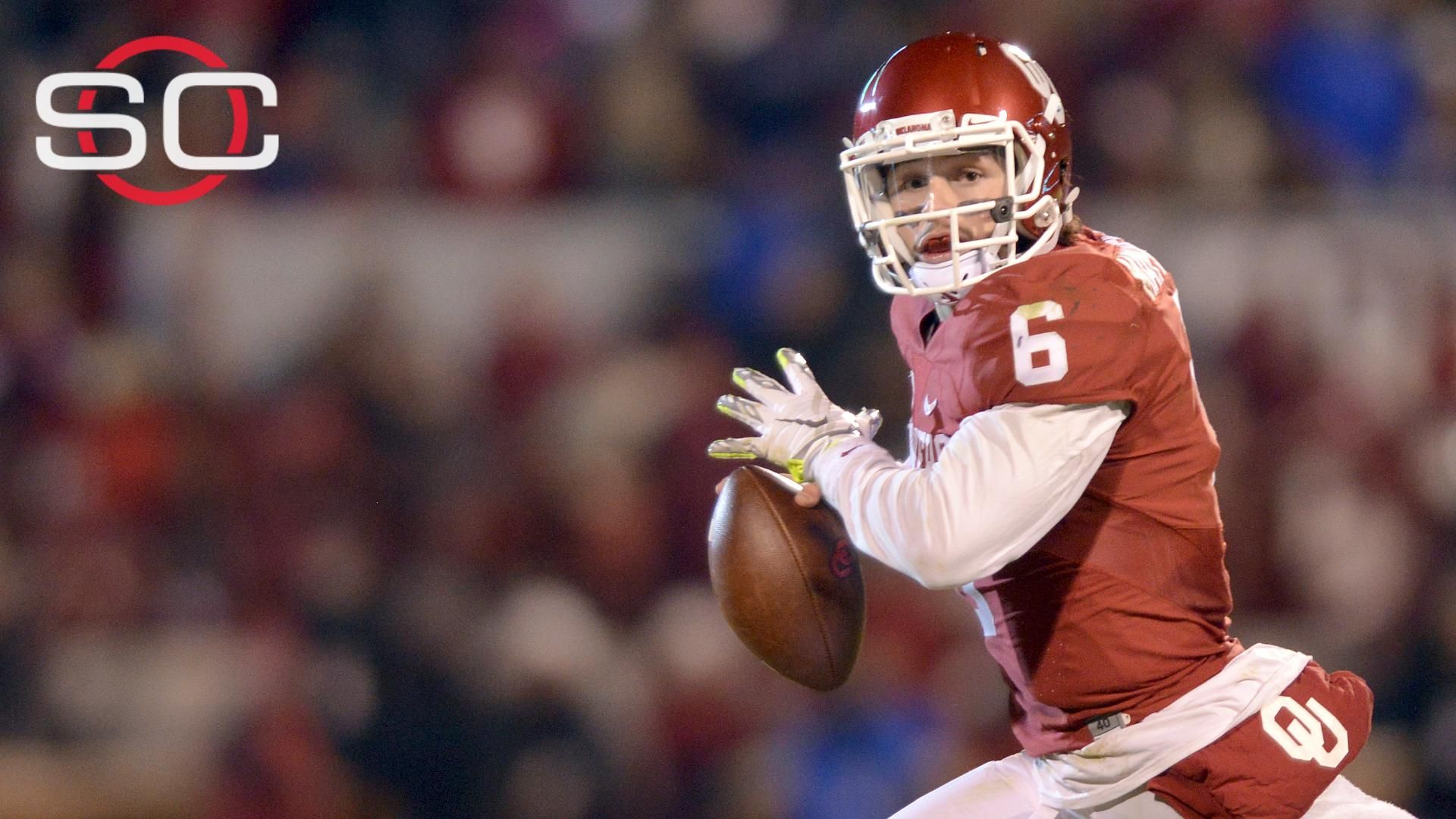