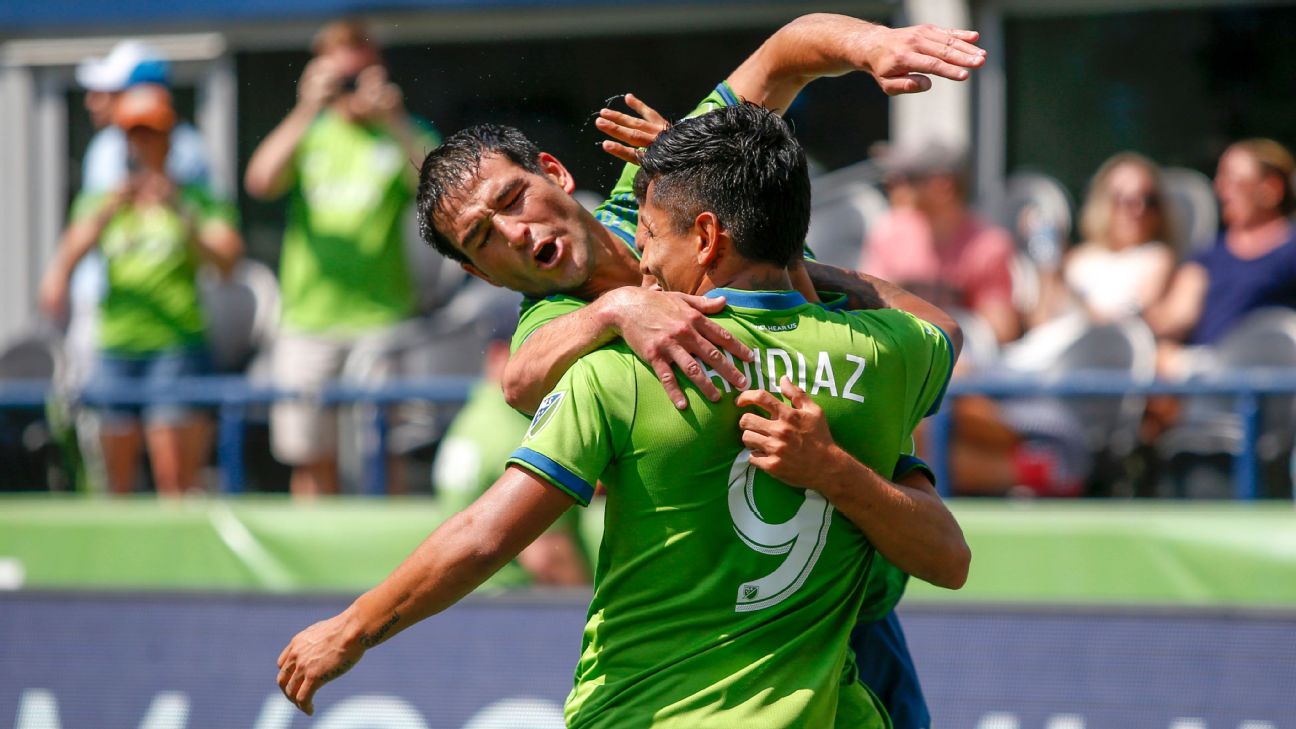 Swedish international Gustav Svensson, recently back from the World Cup in Russia, scored early in the second half as the Seattle Sounders capped an undefeated July with a 3-1 victory against visiting New York City FC on Sunday afternoon.

Cristian Roldan and Harry Shipp also scored for the two-time defending Western Conference champion Sounders (26 points), who improved to 4-0-2 this month as they attempt to rally to avoid missing the playoffs for the first time in the 10-year history of the franchise.

NYCFC (43 points) had its four-match winning streak snapped, in which it hadn't allowed a goal. New York was coming off a 2-0 victory on Thursday night at Orlando City FC and a cross-country flight.

Trailing 2-0, New York's Jesus Medina scored in the 68th minute with assists from Jo Inge Berget and Jonathan Lewis, but the visitors were unable to get the equalizer and Shipp added an insurance goal for Seattle in the 86th.

Roldan ended New York's franchise-record scoreless streak at 433 minutes with his first-half goal. He pounced on Kelvin Leerdam's deflected cross and beat goalkeeper Sean Johnson from about eight yards out in the 36th minute, giving the Sounders a 1-0 halftime lead.

Svensson scored what proved to be the winner in the 51st minute, running onto a back pass from Nicolas Lodeiro and blasting a 25-yard shot into the lower left corner of the net, past a diving Johnson. Shipp also was credited with an assist on the goal.

The Sounders clinched it late when Will Bruin, who came on as a second-half substitute, controlled the ball at the end line and passed back to a wide-open Shipp, whose right-footed shot beat Johnson to the short side just inside the left post.

Seattle goalkeeper Stefan Frei was forced to make just two saves as only three of NYC's 19 shots found the target.

Forward David Villa, who shares NYC's scoring lead, didn't make the trip because of a knee injury, and midfielder Alex Ring was suspended by MLS because of yellow-card accumulation.