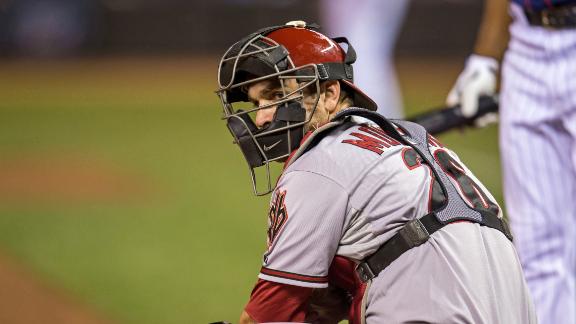 SAN DIEGO -- The Chicago Cubs are closing in on a deal to acquire catcher Miguel Montero from the Arizona Diamondbacks, a baseball source confirmed to ESPN.com on Tuesday.

The Montero trade would be another move in an already busy offseason for the Diamondbacks, who have already acquired pitcher Jeremy Hellickson from Tampa Bay in a trade, sent shortstop Didi Gregorius to the New York Yankees and signed Cuban outfielder Yasmany Tomas to a six-year, $68.5 million contract as a free agent.

Trade talks between the Cubs and Diamondbacks appeared to hit a lull late Monday night, according to a person familiar with the discussions, but Chicago ratcheted up its offer to bring the deal close to fruition.

Arizona will receive a package of young prospects in the trade, the source said.

The Cubs recently hired former Arizona coach Henry Blanco, and he is expected to continue to mentor Montero on the defensive side during the catcher's transition to Chicago. Montero improved his pitch-framing last season and threw out almost 30 percent of runners attempting to steal.

Montero, a left-handed hitter, brings an offensive upgrade to a Chicago catching contingent that ranked 21st in the majors with a .684 OPS last season. Montero could be part of a platoon in Chicago with Welington Castillo, a righty bat who hit .301 with an .855 OPS against lefties in 2014.