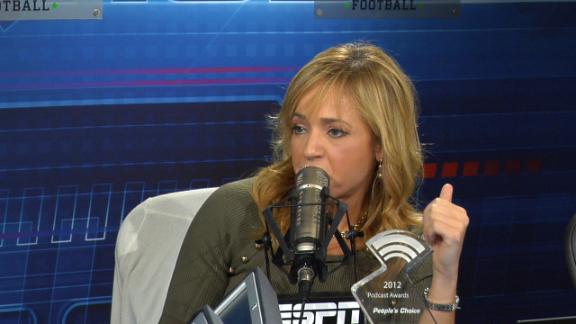 He was a limited participant at practice for the second straight day and there is a realistic shot barring a setback to his injured left ankle of Beckham playing Monday night against the Detroit Lions, a source told ESPN. Everything is trending in the right direction.

Beckham returned to practice Thursday for the first time in 24 days. He was back on the field moving around well Friday, when he even made an impressive one-handed, left-handed catch in the back of the end zone during a drill (against no defender).

The Giants seemed pleased with his progress.

He was officially listed as questionable on Saturday.

Right tackle Bobby Hart (ankle) and linebacker Keenan Robinson (concussion) were also limited for the Giants on Friday, but Robinson was ruled out on Saturday.

Beckham detailed Monday the extensive rehabilitation and treatment schedule he's maintained to get back on the field. He wasn't able to play in the opener against the Dallas Cowboys, but this week seems much more realistic despite it being described as a 6- to 8-week injury.

Monday night is exactly four weeks since Beckham injured his ankle when he took an ugly hit from Cleveland's Briean Boddy-Calhoun.

"I personally don't want to get up at 6:30 every morning, get here for 7 o'clock treatment. The days we have off, I'm here at 10 o'clock for treatment. I go home, I do 5-6 hours of treatment," Beckham said on Thursday. "It's boring. It's not fun. Nobody wants to do that and definitely work all offseason and everything to get to Dallas and have to sit there. So I'm itching to get back on the field."

Beckham didn't practice at all last week in the leadup to the Cowboys game. This week he's been on the field, participating in drills and running routes against air. Beckham seems to be moving much more freely, and even has been seen cutting, skipping and jumping.

He said after practice on Thursday that the ankle "felt good." It was a positive sign that he was back on the field 24 hours later for another day of work.

The Giants could use Beckham back in the lineup after the way they looked in their opener. They managed just two first downs in the first half and finished with three points in a loss to the Cowboys.

Beckham has been the Giants' leading receiver each of his first three professional seasons. He's also been named to the Pro Bowl each year.