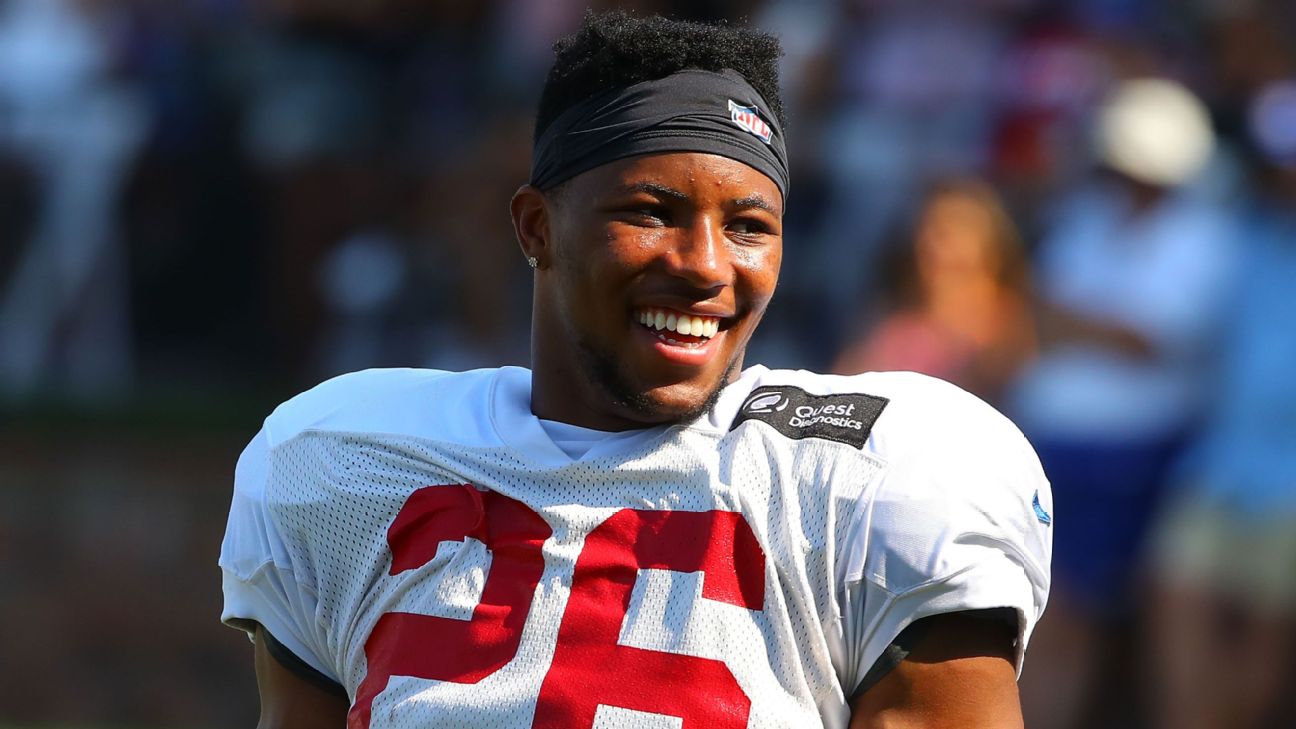 There's also a real chance the Giants will be without tight end Evan Engram, who is dealing with a sprained MCL and faces a challenge to be healthy enough to face New England, a source told ESPN's Adam Schefter. Engram is on pace for a career year with 33 catches for 373 yards and two touchdowns.

Barkley has been dealing with a high ankle sprain suffered Sept. 22 against the Tampa Bay Buccaneers. He is slated to practice again later Tuesday but is not expected to be cleared medically in time to handle the rigors of game action yet.

Coach Pat Shurmur said Monday that the Giants would do what is best for the team and Barkley would return when he's able to play at a high level and protect himself. It's almost certainly not going to happen Thursday. Sitting Barkley against the undefeated Patriots gives him another 10 days to get cleared for their Week 7 matchup with the Arizona Cardinals.

Not having Barkley available Thursday leaves the Giants (2-3) short-handed against the league's top-ranked defense. Running back Wayne Gallman and wide receiver Sterling Shepardalso are going to miss Thursday night's game. Both have concussions.

New England is allowing 6.8 points per game this season.

Undrafted rookie running back Jon Hilliman and fullback Elijhaa Penny, a converted tailback, are expected to shoulder the load without Barkley and Gallman. Austin Walter also is likely to be elevated from the practice squad. An outside alternative would be difficult on such short notice.

The original reported timeline for Barkley was four to eight weeks. It has been 16 days since the injury.

It appeared Barkley was going to beat the timeline when he returned to the practice field early last week and began running and cutting at near full speed on a side field with a trainer. He improved as the week progressed and even sneaked in some scout team work on Friday.

Barkley was listed as a limited participant in Monday's projected practice report with the Giants on a short week.

"He's doing great," Shurmur said Monday, before adding that Barkley was closer to returning than he was last week.

Shurmur said there was a possibility that Barkley could return against the Patriots. It just seems highly unlikely. Barkley would have to be cleared by doctors, and the long-term risk in this case outweighs the short-term reward.

The Giants enter the game Thursday night as 16.5-point underdogs.

Barkley was the No. 2 overall pick last year and won the NFL's Offensive Rookie of the Year award with more than 2,000 total yards from scrimmage. He started this year in similar fashion, with a pair of 100-yard games.

But Barkley was injured after catching a pass from quarterback Daniel Jones in the second quarter of the Giants' Week 3 win over the Bucs. His ankle got caught and bent awkwardly while he was being tackled from the side as his momentum took him toward the sideline. Barkley spent the second half of the game in a boot and on crutches.

An MRI and second opinion revealed and confirmed a high ankle sprain, which seemed to indicate a significant absence.

Barkley told ESPN it was similar to a high ankle sprain he suffered during his freshman year at Penn State. He missed two games and returned 21 days later with what was then a career-best rushing performance (194 yards) against Ohio State. 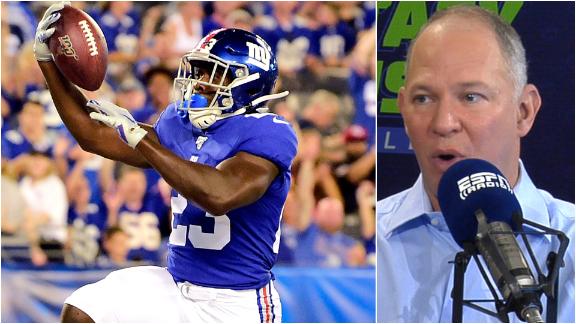