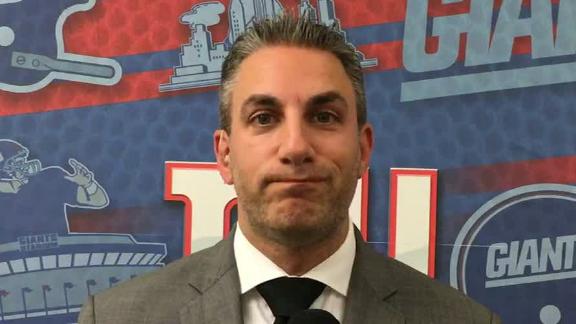 EAST RUTHERFORD, N.J. -- The New York Giants suspended cornerback Eli Apple for one game for "a pattern of behavior that is conduct detrimental to the team."

The ban came during an eventful Wednesday that included a confrontation with coaches at practice, sources told ESPN.

An argument ensued in part because Apple, a former first-round pick, was again working with the scout team. Words were exchanged between the embattled second-year player and cornerbacks coach Tim Walton, and Apple had to be restrained by teammates. He later declined to talk during an open locker room period with the media.

Apple's contract includes clauses that allow the Giants to void his guaranteed money in 2017, 2018 or 2019 if, among other things, he "is suspended by the NFL or by the Club" or he "engages in conduct reasonably judged by the Club to adversely affect or reflect on Club, in Club's sole discretion," ESPN has learned. This would seem to allow the Giants to release Apple and argue that they don't owe him his guaranteed salaries of $1,827,484 in 2018 and $2,516,226 in 2019.

Kevin Abrams, the Giants' interim general manager, announced the disciplinary action Wednesday in a statement by the team.

The Giants (2-13) said Apple will sit out Sunday's season finale against the Washington Redskins. Earlier in the day, interim coach Steve Spagnuolo was noncommittal on the matter at his weekly news conference.

This was just the latest incident for Apple, the No. 10 overall pick in the 2016 draft.

Pro Bowl safety Landon Collinscalled Apple "a cancer" during a radio interview Tuesday. Collins apologized Wednesday for the comment, saying in a tweet that he will "never stop supporting" the embattled cornerback. Collins and Apple each met separately with Spagnuolo, and the three then met together.

"It was productive," Spagnuolo said of the meeting.

Apple's struggles can be traced to early this season, when he started to become a distraction in the locker room. Teammates weren't happy with his behavior or professionalism.

When Dominique Rodgers-Cromartie was suspended before a Week 6 game for a violation of team rules, it angered some defensive players that the veteran cornerback -- and not Apple -- was being disciplined. Apple's behavior became more curious as the season progressed.

"To me, that's what happens. You lose games and it's got to be someone else's problem and they look around and think, 'OK, this is the problem.' But it's not just one guy -- it's the whole culture, it's everything," Apple said in October. "We've got to fix it.''

It didn't happen. Things spiraled out of control for the Giants, especially the defensive backs room. Apple is the third cornerback to have been suspended. He joins Rodgers-Cromartie and Janoris Jenkins, who was also suspended one game for a violation of team rules before coach Ben McAdoo was fired.

Apple, 22, is not well liked in the building, another source recently told ESPN. Another described him as "being in the doghouse."

Apple has been benched for numerous games this season. He didn't play a defensive snap in Sunday's loss to the Arizona Cardinals, one week after playing 60 of 68 snaps.

Apple was inactive for a variety reasons the four weeks prior. During one of those games he was tweeting from the sideline, prompting a fine from the Giants.

His feud with Collins escalated in recent weeks. Collins said the two had discussions about Apple's professionalism and struggles. Apple denied it the following day, infuriating Collins, according to a source. That was the final straw.

Apple's future now appears tenuous at best, considering his troubles in the locker room and with a new coach and general manager on the horizon. 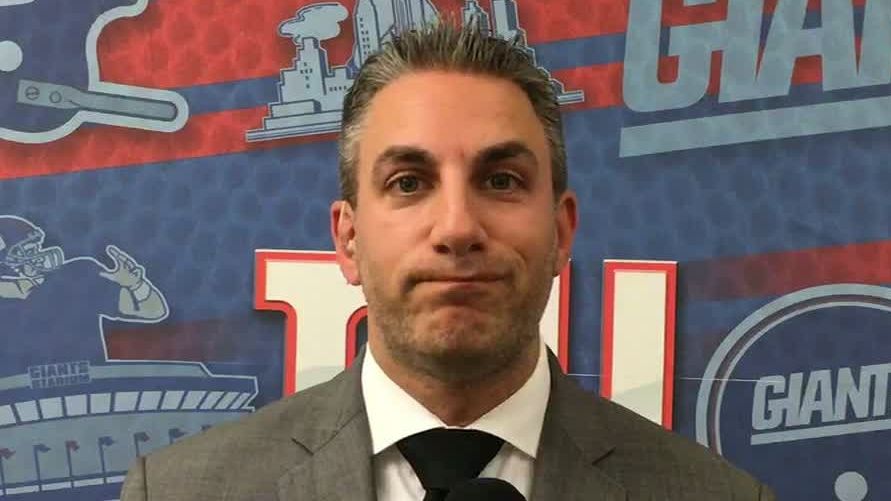