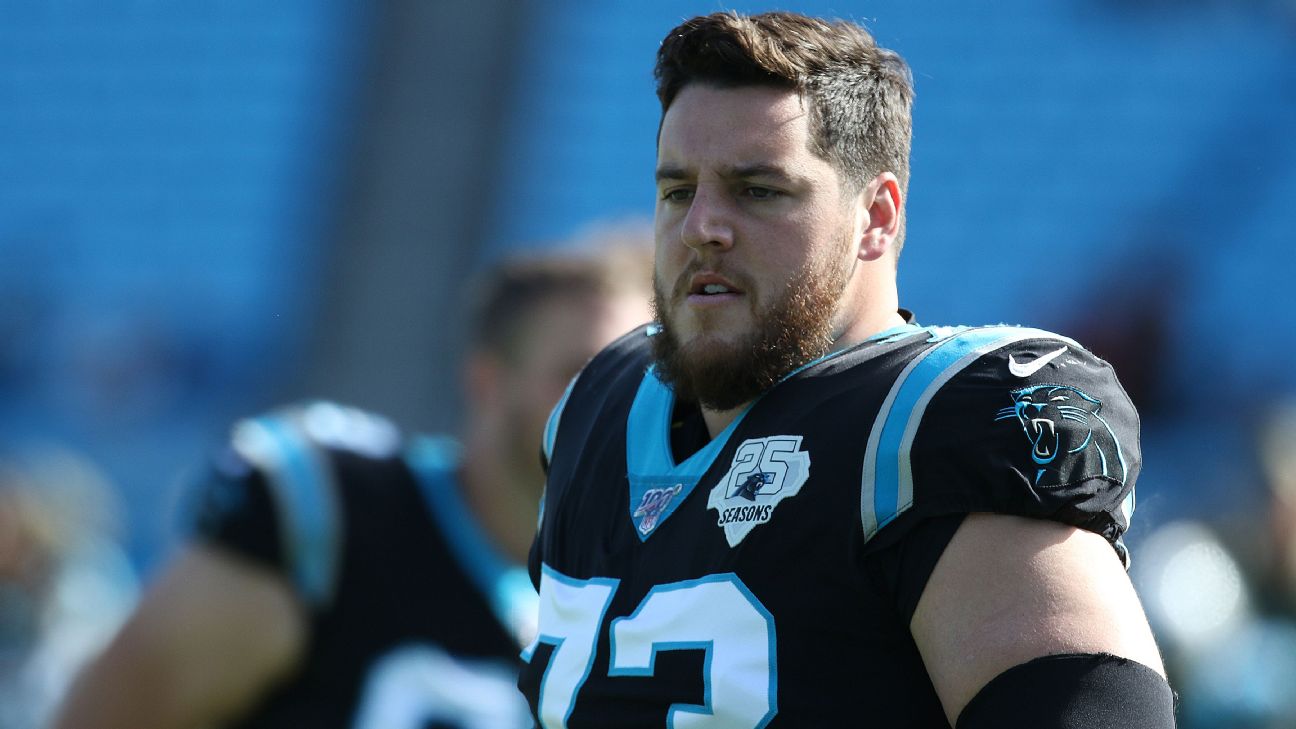 Van Roten, 30, will sign a three-year contract with the Jets, according to a source.

Van Roten tweeted "I'm coming home. #TakeFlight" Saturday night, followed by a photo of himself as a child dressed up in a Jets uniform for Halloween. "It's been a long time coming! @nyjets" he captioned the photo.

At the start of free agency, Jets general manager Joe Douglas identified the offensive line as a primary need. In the span of a few days, he has made five moves to bolster the line, which performed poorly last season.

Lewis, McGovern, Fant and perhaps Van Roten project as starters. There is a good chance the Jets will select a tackle with the 11th overall pick in the draft, meaning they could have five new starters.

They need a dramatic change after allowing 52 sacks and finishing 31st in rushing offense.

The overhaul might not bode well for longtime right guard Brian Winters, who is recovering from shoulder surgery and has been rumored as a potential cap casualty. He is due to count $7.3 million against the cap in the final year of his contract.

The well-traveled Van Roten, who has played on four NFL teams and one CFL team, started 27 games for the Panthers -- all at left guard. He missed the final five games last year due to a dislocated toe.

He is regarded as a smart, steady player who doesn't allow a lot of sacks or commit a lot of penalties. In the past two seasons, he was charged with only three accepted penalties, according to ESPN Stats & Information.

Griffin, 30, a former sixth-round pick by the Houston Texans in 2013 out of UConn, is coming off an impressive debut season in New York. He started 13 games, finishing with 34 catches, 320 yards and a career-high five touchdowns, including a two-score performance with Sam Darnold under center Oct. 27 against the Jacksonville Jaguars.