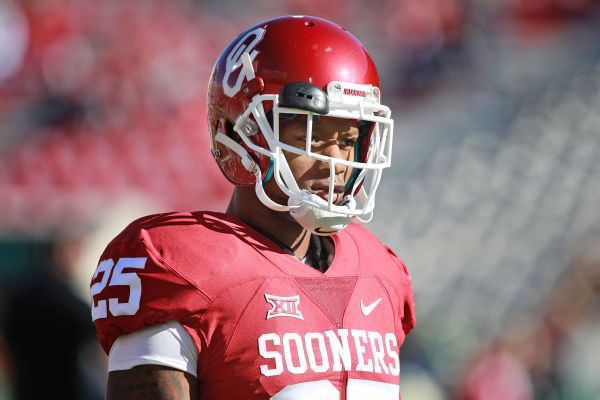 Oklahomarunning back Joe Mixon is not on the invite list to participate in the NFL scouting combine, sources confirmed to ESPN's Adam Caplan on Friday.

Mixon, who was suspended for the 2014 season for punching a woman, is among the top five running backs in the draft based on talent, according to ESPN NFL Draft analyst Mel Kiper Jr.

Baylorwide receiver Ishmael Zamora, who was suspended for three games last season after video surfaced of him beating his dog, also is not on the invite list, Caplan confirmed.

The exclusion of both players was first reported by USA Today.

It is unclear if the players' off-the-field troubles were factors in their omission from the list.

In 2016, the NFL announced a policy that college players with convictions for domestic violence, sexual assault or weapons offenses would not be invited to the combine. But that doesn't necessarily apply to Mixon or Zamora.

Mixon was suspended for the 2014 season for punching a woman at a deli in Norman, Oklahoma. The incident resurfaced this past December, when Mixon's attorneys released surveillance video from the scene. The video showed the victim, Amelia Molitor, shoving Mixon and then slapping him. Mixon then punched her in the face, breaking her jaw, eye socket and cheekbone.

Mixon received a deferred sentence and community service at the time and underwent counseling.

Zamora was suspended three games and charged with a Class C misdemeanor after a Snapchat video showed him hitting his dog eight times with a belt and kicking it. Zamora was also ordered to complete 40 hours of community service and undergo counseling.