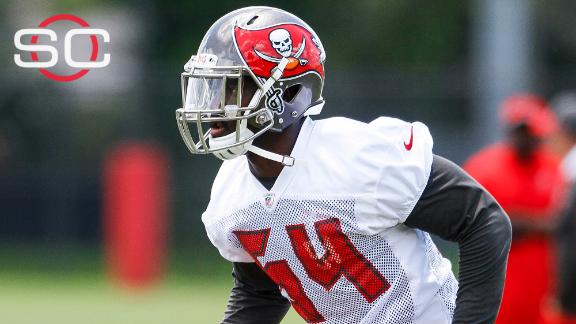 Tampa Bay Buccaneers linebacker Lavonte David agreed to a five-year contract extension worth $50.25 million on Sunday, according to sources.

The new deal will include $25 million in guaranteed money, sources said. David is heading into the final year of his rookie contract and the Bucs have made it clear all along they wanted to keep him for the long term. A second-round pick in 2012, David has been selected to the All-Pro team, but has not made a Pro Bowl. Coach Lovie Smith has said David is the best outside linebacker in the game.

Earlier Sunday, David dropped a potential interception in practice. Smith said he's counting on David to come up with interceptions in games.

"You don't know when an opportunity is coming on the defensive side," Smith said. "That's a bad thing, especially for Lavonte. I mean, Lavonte David is as good as there is. He should be a five-plus-interception linebacker every year. He will."

David was tied for second in the league with four forced fumbles and was third in the NFL with 146 total tackles, both career-best numbers.

The Buccaneers have scheduled a news conference for Monday at 2 p.m. ET to announce the deal.