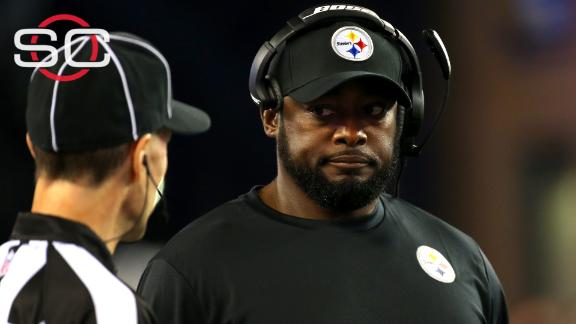 FOXBOROUGH, Mass. -- It wouldn't be a New England Patriots game without some drama involving off-the-field strategy.

Pittsburgh Steelers coaches were upset that their coach-to-coach headsets picked up the Patriots' radio broadcast for the majority of the first half of Thursday night's game, which New England went on to win 28-21.

When pressed after the game, an unhappy Mike Tomlin said headset issues have occurred repeatedly in New England.

"That's always the case. Yes. I said what I said," the Steelers coach said.

Blake Jones, NFL director of football operations, went down to the field to help with the headsets. The league described the reception problem as "intermittent."

When asked if he got a satisfactory resolution, Tomlin said: "Eventually." Tomlin is a member of the league's competition committee.

Because it was not a complete system failure, New England's coaches were not required to shut down their headsets during the repairs. However, the Patriots said they experienced issues as well.

"We had a lot of problems," Bill Belichick said. "We had to switch headphones a couple of times. The communication system wasn't very good. We deal with that, it seems, weekly.

"They told us they were on the verge of shutting it off, but then I guess they got it working. I don't know, but it was a problem the whole game. We almost had to switch helmets with [Tom] Brady there at the end. Couldn't get the plays in to him. It was a problem all night."

In a statement released Thursday night, NFL spokesman Michael Signora said both teams' communications equipment is provided by the league.

"In the first quarter of tonight's game, the Pittsburgh coaches experienced interference in their headsets caused by a stadium power infrastructure issue, which was exacerbated by the inclement weather," the statement read. "The coaches' communications equipment, including the headsets, is provided by the NFL for both clubs' use on game day. Once the power issue was addressed, the equipment functioned properly with no additional issues."

The Patriots have been dogged by accusations of cheating and using questionable methods to gain a competitive advantage, which ESPN detailed this week in an Outside the Lines report on the NFL's investigations into videotaping of opposing teams' signals and the use of deflated footballs.

When asked whether he was surprised the coaches' headsets went out in New England, defensive endCam Heywardsaid, "No, but I'm not going to make excuses."

Inside linebacker Lawrence Timmons, who handles the defensive calls from coaches, said the calls were not smooth Thursday night, but "with no-huddle [offense], that's always going to be a problem."

"I'm not going there [about New England's past]," Timmons said. "I feel like we should have played better. If we would have executed better, I think we would have had a better outcome."

Tomlin addresses headset issues
Steelers coach Mike Tomlin addresses the issues faced by the Steelers' coaching staff in picking up the Patriots' radio broadcast in their headsets during the game. 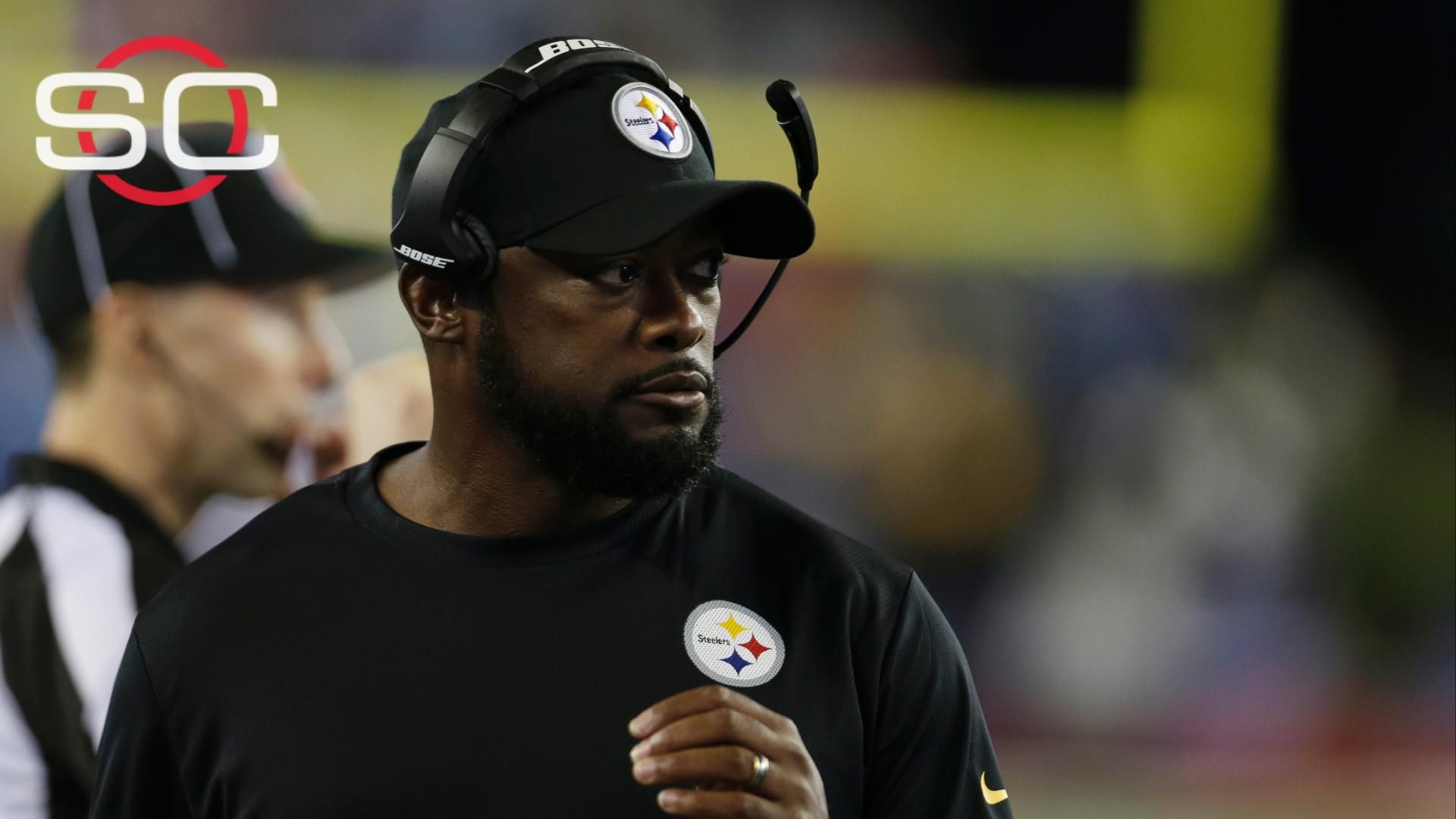 Steelers coaches upset over headset problems
Herm Edwards reacts to the Steelers' coaches' picking up the Patriots' radio broadcast in their headsets during Pittsburgh's game against New England. 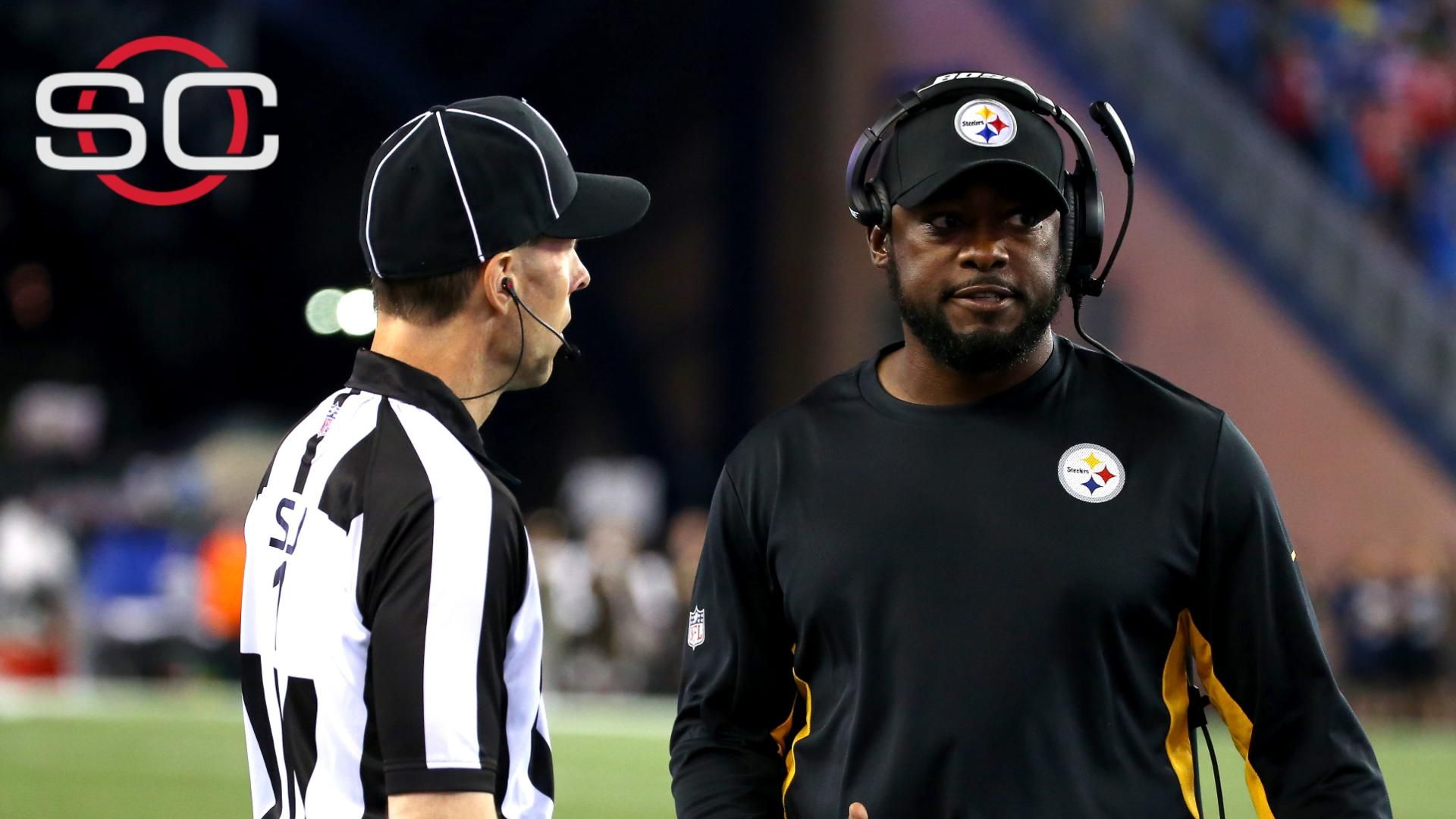