Swimmer among dead from storm 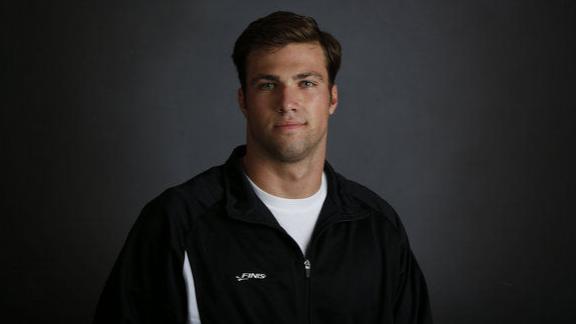 University of Alabama officials confirmed Tuesday that a member of the school's men's swimming and diving team was killed Monday night when violent storms and a tornado struck the Tuscaloosa area.

John Servati, 21, a junior swimmer and dean's list student at Alabama, was killed, according to school officials.

"John Servati was an extraordinary young man of great character and warmth who had a tremendously giving spirit," UA coach Dennis Pursley said in a statement. "During this incredibly difficult time, our thoughts and prayers go out to his family and to all who had the good fortune to know him. He will forever be in our hearts and a part of the Crimson Tide legacy."

School spokesman Shane Dorrill said Servati died at DCH Regional Medical Center in Tuscaloosa after being injured at a house near campus. Servati had been in the basement of the home in the 1400 block of 22nd Avenue in Tuscaloosa, according to Dorrill. His girlfriend escaped without injuries.

"I understand that he was in a house off-campus and was hit by a retaining wall," Dorrill said. "I don't know how it happened. I do know he was with his girlfriend and she is uninjured."

A member of the women's swim team remembered Servati on Twitter.

John Servati died a hero. Held up a concrete wall long enough for his girlfriend to get out from under it before it collapsed again on him.

- Anna Rae Gwarjanski (@annaraeoflight) April 29, 2014Monday night's severe weather occurred three years and a day after a tornado in the area killed more than 50 people. City officials said a tornado touched down Monday night near Shelton State Community College in Tuscaloosa, following a similar path to a tornado from December 2000 that killed 11 people in the Taylorville, Ala., area.

In the April 27, 2011, storm, which caused billions of dollars in damage, Crimson Tide football player Carson Tinker and his girlfriend were thrown 100 yards from a closet inside his house, which was destroyed in the storm. His girlfriend, Ashley Harrison, was killed, and Tinker suffered serious injuries. He recovered and is now a long snapper for the NFL's Jacksonville Jaguars.

On Monday, Servati's hometown of Tupelo, Miss., was one of the most affected areas as a storm system ravaged much of the South. At least 12 people were killed as a result of the storms, including two in Tennessee, three in Alabama and seven in Mississippi. According to the National Weather Service, an estimated 58 tornadoes swept through the South on Monday, primarily in Alabama and Mississippi.

"John definitely had a genuine heart," Alabama team captain Phillip Deaton said in a release. "He was a carefree guy who always had this huge smile on his face. He was my training partner for three years and I can tell you that while he liked to goof around and have fun, when he stepped up on the block he was intensely focused -- he was a competitor and an amazing teammate. As a team, we are doing the best we can right now."

Servati competed in freestyle and backstroke events for Alabama, which finished 12th at the NCAA championships in Austin, Texas, in late March.