Taylor Hall traded by Oilers to Devils for Adam Larsson 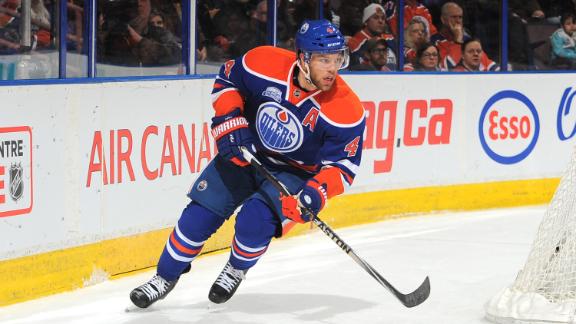 The New Jersey Devilsfinally have a legitimate goal scorer, and this one is coming to New Jersey with a chip on his shoulder after a surprising trade.

The Devils on Wednesday acquired former No. 1 overall pick Taylor Hall in a trade with the Edmonton Oilers.

In exchange for Hall, the Devils sent defenseman Adam Larsson to the Oilers.

An emotional Hall admitted the move caught him off guard after dealing with six losing seasons in Edmonton.

"It's tough," he said in a conference call. "I have a pretty deep connection to the city of Edmonton. I felt I did everything I could there, so it's pretty hard not to feel slighted, not to feel a little disappointed with the way everything shook out. That's hockey."

Hall said he felt that the trade focused the blame on him for the Oilers' losing seasons. He said he expressed his disappointment to Oilers general manager Peter Chiarelli after being informed of the trade.

"I don't want to sound like I am not excited to join New Jersey,'' Hall said. "That's not the case. I'm a proud person, and I take this as an indictment of me as a hockey player. I don't think there is any other way to treat it. I think it's safe to say I am a very motivated player right now.''

Chiarelli made it no secret recently that he was in the market for a top defenseman. He was willing to deal Hall, 24, in order to land a much-needed blueliner.

At a news conference in Edmonton, Chiarelli said the Oilers have been looking for a top-notch defenseman for months and getting Larsson, 23, required paying a price.

"He moves the puck, he defends well, he can log a lot of minutes -- he can play 25, 27, 28 minutes," Chiarelli said. "He can match up against all of the other top forwards, he has more skill to show also.

"It's unfortunate in these deals, this is what you have to do, but I felt it was a player that I've watched very closely this year, and I can see his game trending up and it was time to act on it."

The trade also gives the Oilers salary-cap space to possibly sign free agent Milan Lucic. Hall was making an average of $6 million annually. The Devils, who have missed the playoffs the past four seasons, have not had a top-notch goal scorer Zach Parise was lost to free agency in 2012 and Ilya Kovalchuk retired and returned to Russia the following season.

Hall spent his entire six-year career with the Oilers, getting 132 goals and 196 assists in 381 games. He has led Edmonton in scoring for three of the past four seasons, and has finished in the top three on the squad in each of his six seasons. This past season, he had 26 goals and 39 assists. He represented the Oilers at the All-Star Game.

Hall believes his best years are ahead of him, and that playing with a team that demands responsibility on both ends of the ice will help his game.

"He plays the game fast,'' Devils general manager Ray Shero said. "He adds a lot to our group. He really changes the dynamic of our team and how we are going to play.''

Larsson had three goals and 15 assists, playing in all 82 games on the Devils' top defensive pairing. The Swede has nine goals and 60 assists in 274 games.

Shero said that trading Larsson leaves a hole in the Devils defense. Vojtech Mozik, Seth Helgeson and Steven Santini are among the young defensemen in the organization that might have a chance at making the NHL roster next season.

Shero expects the Devils to sign defenseman Jon Merrill and forwards Beau Bennett and Devante Smith-Pelley, who did not get qualifying offers earlier this week. 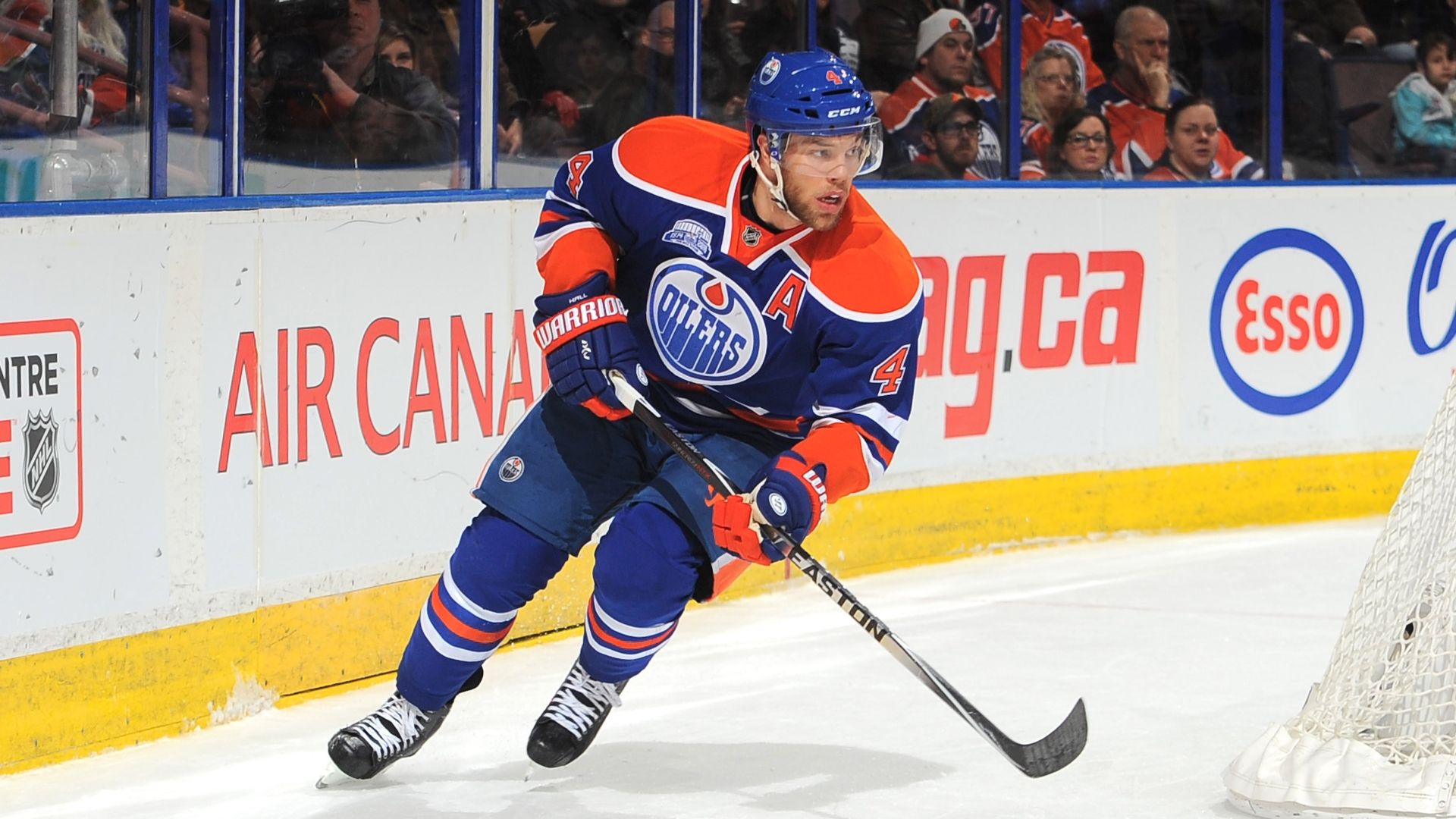