The mystery of moving on from a franchise QB, and uncertain futures for Eli, Giants 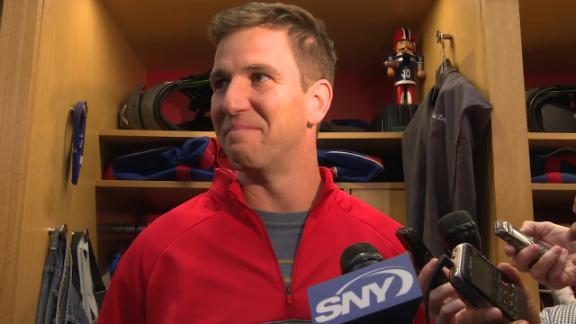 Look, Eli Manning might hate this comparison, the comparison of his life, but when he stood at his locker Tuesday afternoon -- at the low point of his excellent career, lip quavering as he tried to explain that he was not only being benched but also benching himself, pride getting the best of his prideful streak of 210 consecutive regular-season starts -- it was reminiscent of another great quarterback who back in 2012 stood behind a lectern at the low point of his career, lip quavering as he tried to explain why his time with his first NFL team was coming to an end: Eli's youngest older brother, Peyton. On that day, the Colts made a prudent move but still committed the cardinal sin of quarterback evaluation: They not only misdiagnosed Peyton Manning's heart, but they had been blinded by his brilliance, fooled into forgetting how hard it is to find a true franchise quarterback.

Yes, there was a legitimate and huge question of whether Peyton's neck surgery would allow him to play again. Yes, Andrew Luck was soon to be available in the draft. But a Hall of Famer always has one last ride, if motivated and angry, and once the Colts had secured the first pick in the draft, owner Jim Irsay made the decision to move on with an unproven coach, general manager and quarterback, without giving Peyton a chance to redo his contract and compete. The move was almost universally considered a no-brainer, but then something weird happened: The Denver Broncosclearly got the best of it. Peyton was the best quarterback in the NFL over the next two seasons and helped the Broncos reach a pair of Super Bowls and win one over the next four. Luck, meanwhile, has plateaued due to injuries, his own play, poor roster management and worse coaching, and now the question isn't if he'll eclipse Peyton as the greatest quarterback in franchise history; it's if he'll ever flourish into a better player than, say, Matthew Stafford.

Eli, of course, isn't a clear future Hall of Famer. But he has been good enough, tough enough and professional enough that when word broke that he was being benched for Geno Smith and rookie Davis Webb, the overwhelming reaction was to pity him. Anyone who knows Eli knows that it'll disgust him as much as losing his job. He deserved better, so went the thinking. Including the playoffs, he had played 222 straight games, two of them Super Bowl wins, handled himself with class in the country's toughest media market, and the Giants rewarded him with the indignity of sending him out there alone on his day off to explain why he was demoted for quarterbacks who nobody thinks are the answer, while coach Ben McAdoo and GM Jerry Reese hid behind a statement. Though it is not official that Eli's time with the Giants is now limited, it sure feels that way. He is 36 years old and hasn't consistently played at an elite level for a few seasons, and he was leading an offense that was averaging 15.9 points a game this season. Even without Tuesday's decision, the team would have had to sit with him in the offseason and discuss, at the least, a contract restructuring.

But at the heart of the move is an unforgiving cruelness and arrogance that, let's face it, impacts how fans view the game: It's not just the idea that the best players are always disposable; it's that teams still, after all these years, forget how hard it is to find a true franchise quarterback. It's so much more about luck than anyone can ever admit, especially since scouts and general managers work hard and pretend that there's a science to discovering quarterbacks. The ruthlessness, confidence and desperation required to dare to be great, much less beat the Patriots twice in Super Bowls ... spotting it is still a crapshoot, even for the greatest general managers. The odds of replicating the replacement of Brett Favre with Aaron Rodgers are beyond infinitesimal -- even with a supposedly loaded class of quarterbacks expected to be in April's draft for which the Giants are now in contention, because if we've learned anything, it's that at least half of them won't pan out.

So now, for the first time since 2004, the Giants are all-in for a new quarterback. It might fall on the underwhelming McAdoo and Reese to find one, if they are around next year. Smith is beyond reclamation at this point, and we'll see if McAdoo has the ability to somehow evaluate Webb in five games for a two-win team. But Eli has always been at his best when doubted, and now they've set the stage for this week to be looked back upon as a defining moment in the likely scenario that Eli turns out to have a final act somewhere else. Chip Kelly once called Eli a "stone-cold killer in the fourth quarter." He knew, as if the greatest throw of the past 20 years -- Eli's fade down the sideline to Mario Manningham in Super Bowl XLVI -- wasn't proof enough. Eli's reaction to McAdoo's idea of starting him the rest of the season to keep the streak alive but sitting him in the second half -- ESPN's Dan Graziano reported that he essentially argued, Aren't we trying to win games? If I start and we're leading at halftime, you're going to pull me?-- is exactly what quarterback-desperate GMs who'll soon be in the market for him want to hear.

Never underestimate the power of scars. Former Giants GM Ernie Accorsi knew what he had in Eli as well, of course. "The GM," a 2007 book that chronicled his final season in the front office, was a morass of his own quarterback-driven trauma. Accorsi, of course, was forced to trade John Elway in 1983, and he spent the next 20 years drafting and signing good-but-not great quarterbacks like Bernie Kosar and Kerry Collins. There's no worse place to be in the NFL than to be all-in on a B-plus quarterback, knowing you had your shot at an immortal one. Elway haunted Accorsi, beyond The Drive. His singularity haunted him, leaving Accorsi to wonder if he'd ever get another shot at a player capable of the magic that nobody can predict, the magic Elway later saw in a spurned Peyton, the magic that the Giants now believe they can find in someone else, the magic that we might see from Eli in a different uniform next year.

On Nov. 2, 2002, Accorsi attended an Ole Miss-Auburn game to watch Eli Manning, then a junior. He wrote a scouting report in all caps. For a few hundred words, the report sifts through the classic quarterback lingo, delving into his release and accuracy and footwork and toughness. At the end, though, Accorsi admits what we both all know and what nobody knows, and it was about himself as much as it was about Eli. "He has that ability you can't define. Call it magic. ... We should move up to take him.

"These guys are rare, you know."

Manning gets emotional talking about benching
Eli Manning opens up about his benching and weighs in on Geno Smith getting the start at quarterback. 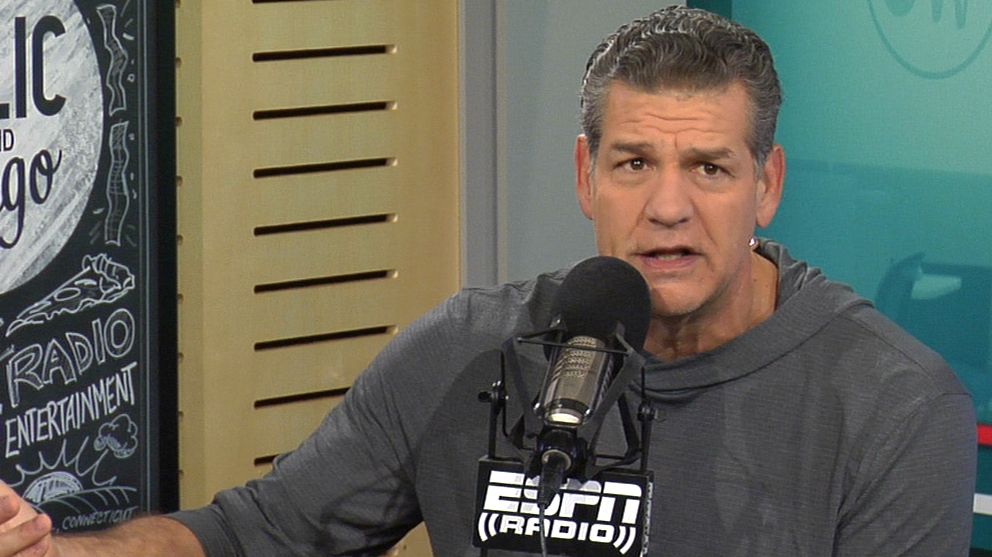