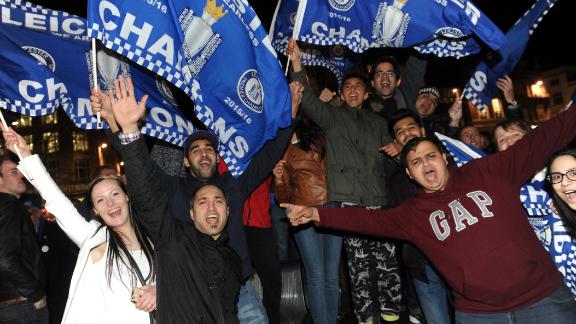 Tom Hanks is indeed not one of the lucky bettors who took home a nice payday from 5,000-to-1 longshot Leicester City winning the Premier League on Monday.

Hanks' publicist, Michelle Margolis, confirmed to ESPN that Hanks was joking when he told a reporter last week that he wasn't as upset that his favorite team was relegated this season because he had placed a 100 bet ($145) on Leicester City.

When the reporter asked Hanks, on the red carpet for his film "A Hologram For The King," if he was telling the truth at the time, he simply replied, "Maybe I did, maybe I didn't."

No single event in sports betting history that had odds as low as Leicester City's 5,000-to-1 had ever come through.