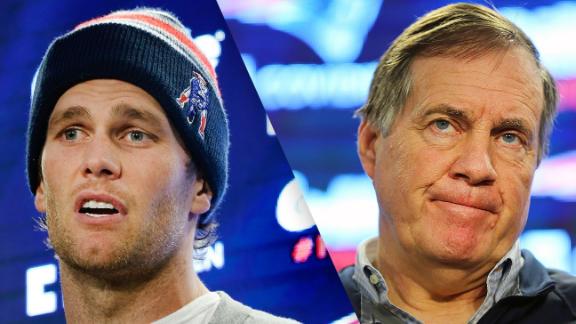 "We've been instructed by our union, as players, to reserve comment on this situation," Slater said when asked what the NFL could do to avoid a similar situation in the future. "It's an ongoing investigation, and in order to protect our players, we're going to go ahead and not talk about it."

Union executive George Atallah told ESPN.com that was standard advice from the union for any players involved in a league investigation.

Slater, a seven-year veteran and Patriots captain, said that internally the team has "addressed it and moved on."

Linebacker Dont'a Hightower said he's not concerned that a potential victory in Super Bowl XLIX would come with any type of asterisk.

"It is what it is. At the end of the day, we can't control any allegations or whatever," he said. "All we can do is go out and play ball. Our goal is to go out and win."

NFL Conducts 40 Interviews Into Deflategate
Louis Riddick and Adam Caplan react to the NFL's ongoing investigation, which includes 40 interviews into the Patriots' use of underinflated footballs in the AFC Championship Game.