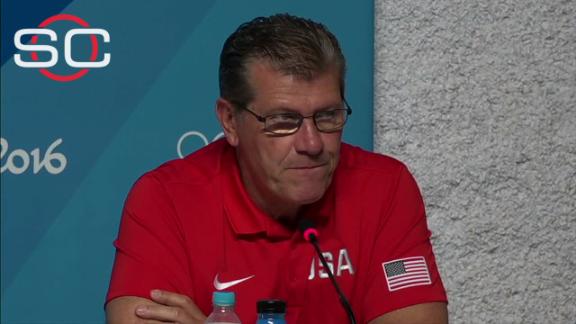 The dominant U.S. women's basketball team did what was expected, winning a sixth consecutive Olympic gold medal and doing it in impressive fashion. In yet another rout, the U.S. dismantled Spain 101-72 on Saturday.

Taurasi and the Americans played nearly flawless basketball in Rio, and they were never challenged. They have won 49 consecutive games in the Olympics with only one of those decided by single digits.

"It's amazing, isn't it? I mean, when you think, that's 20 years ..." Auriemma said. "You know the first one was '96 and here we are 2016. It's mind-boggling when you think about it what this team has been able to accomplish, this program of the USA Basketball program. There is such a level of expectation, there's such a level of respect for the people at the very top.

"We're doing stuff that may never be done again."

Even with that kind of sustained success by some very talented U.S. teams, this may be the best women's basketball squad ever assembled. The team won by nearly 40 points a game, but it fell short of the record 102.4 points the 1996 team averaged.

But if this isn't the best ever, it's close.

Taurasi puts the 2016 group at the top of the list.

"I mean, I'm not just saying talent-wise. I'm not saying margin of victory. I'm saying this is the most determined, unselfish team I've ever been on -- hands down," the four-time gold medalist said.

There never really was any doubt that the U.S. would win the gold in Rio. The only question was by how much.

Still, closure to their journey Saturday had Auriemma and Taurasi both fighting back tears.

"I think it was a very emotional time. When you're around these players and you're around Sue [Bird] and Diana and Tamika [Catchings], and you know that this may be their last and you're able to send them out, it's like graduating seniors back home," Auriemma said. "And at the same time, you've got three young players who've never been here before. They get to go home with their first gold medal ever.

Unlike their semifinal win over France when the Americans looked discombobulated for a half, the U.S. was more fluid offensively. It helped having Bird back in the lineup. The four-time gold medalist and team captain missed the semifinal game with a sprained right knee capsule. She wasn't 100 percent Saturday, but she was good enough.

The U.S., which beat Spain by 40 in a preliminary round game, got off to a slow start and led only 21-17 after the first quarter. The Americans were up 27-24 in the second quarter before getting going.

Auriemma turned to something very familiar to him to spark the Americans.

The UConn coach put his five former Huskie players on the court at the same time for the first time in the Olympics, and that group started the 16-3 run that blew it open. Breanna Stewart got the spurt started with two free throws. Taurasi then hit consecutive 3-pointers -- her first points of the game -- as the Americans scored 10 straight.

By the time Lindsay Whalen's layup just beat the halftime buzzer, the U.S. led 49-32 and Spain had just two baskets in the final 6:55 of the half. Whalen finished the game with 17 points, tied for the team lead with Taurasi.

Spain never threatened in the second half. Auriemma started the fourth quarter with Bird, Taurasi and Catchings on the court and the game in hand. The three four-time Olympians have had a tremendous impact on USA Basketball over the past 12 years. He took the trio out together for one final time with 5:44 left in the game.

Auriemma had said from the start this group was on a mission that is now complete.

Even with the loss, Spain earned its first Olympic medal in women's basketball. The Spaniards have been on the rise lately, also winning a silver medal at the 2014 world championships. They are hosting the 2018 worlds.

"I'm glad that we could compete like the first quarter. We were close, but it's a team like it's a dream team," Spain's Silvia Dominguez said. "The best team in the world, they showed that."

They did, and the gold-medal game was just like the rest of this tournament -- all about the U.S.

No American team has been deeper with Catchings as its 12th player. They trailed for just over 11 minutes in the entire Olympics, and the biggest deficit was just four points -- 6-2 to France. They never were down after the first quarter, and with the exception of the semifinal win over France, all the games were pretty much decided after 20 minutes.

It's been quite a run for this group, which features 12 players with a combined 29 Olympic gold medals -- the most ever for any team.

This game marked the end of Catchings' Olympic career. She is retiring at the end of the WNBA season. Taurasi and Bird have hinted that this will be their final Olympics, although both could still return in four years in Tokyo. The trio joined Lisa Leslie and Teresa Edwards as the only Olympians to win four gold medals.

Even if the three players don't wear the red, white and blue again, the future remains bright for the U.S. Elena Delle Donne, Brittney Griner and Stewart all won their first Olympic golds. Maya Moore, Tina Charles and Angel McCoughtry should be back in 2020 as well, providing a solid nucleus for USA Basketball to build on. 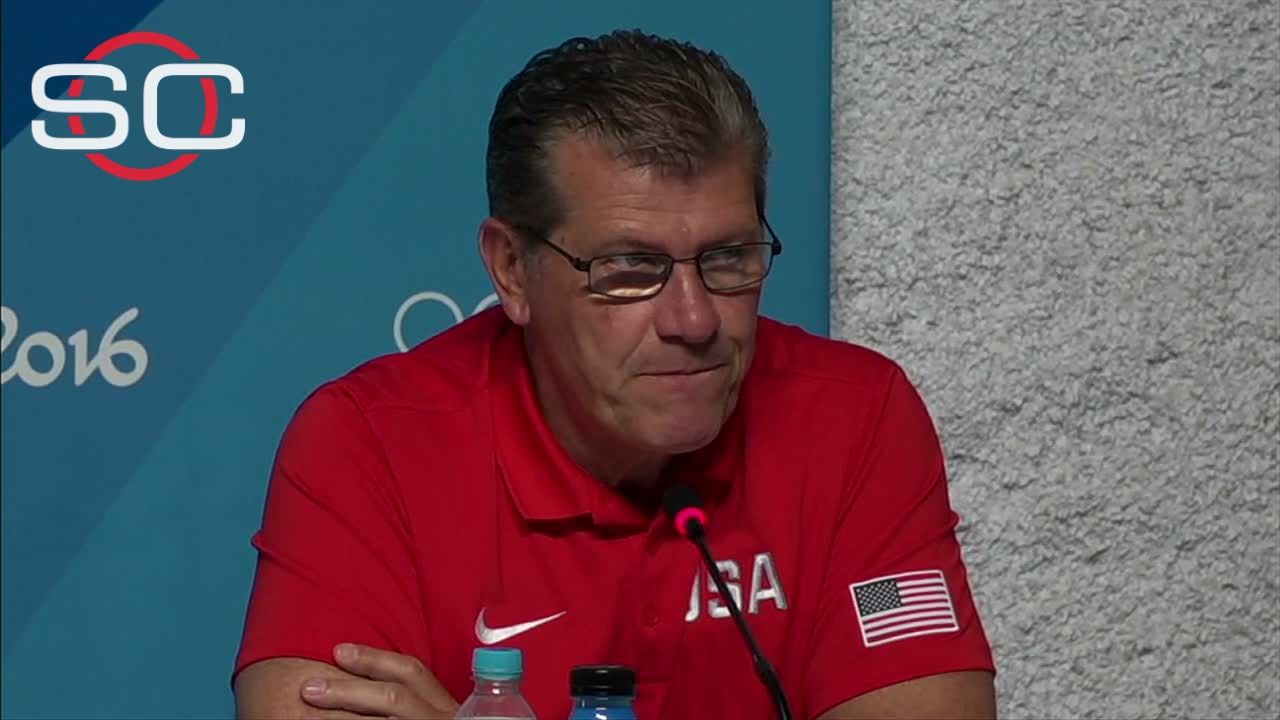