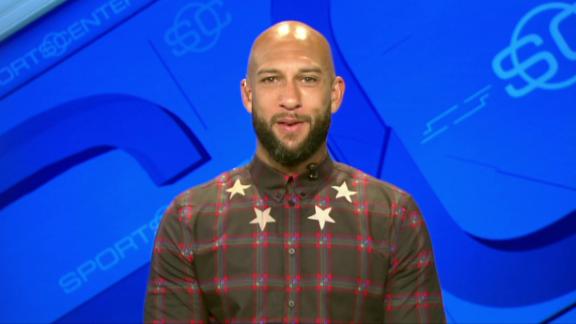 Five members of the U.S. women's national soccer team -- including Hope Solo, Carli Lloyd and Alex Morgan -- have filed on behalf of the entire team a wage-discrimination action against the U.S. Soccer Federation with the Equal Employment Opportunity Commission.

"Recently, it has become clear that the Federation has no intention of providing us equal pay for equal work," Megan Rapinoe said in a news release, after also attaching her name to the filing along with Becky Sauerbrunn.

The EEOC will conduct an investigation and determine if its findings warrant compensation to the U.S. women's team.

The action was filed by the law firm of Winston & Strawn and its co-chairman Jeffrey Kessler, who has represented numerous players' unions and athletes -- including Tom Brady and Ray Rice -- in disputes with professional leagues and organizations.

"In early January, the Women's National Team Players Association submitted a reasonable proposal for a new CBA that had equal pay for equal work as its guiding principle," Kessler said in the statement. "U.S. Soccer responded by suing the players in an effort to keep in place the discriminatory and unfair treatment they have endured for years."

The union representing the players is currently involved in a legal dispute with U.S. Soccer over the terms of their collective bargaining agreement. The federation filed a lawsuit this year seeking to clarify that its contract with the U.S. Women's National Soccer Team Players Association runs through the Rio Olympics until Dec. 31. The union maintains the memorandum of understanding agreed to in March 2013 can be terminated at any time.

U.S. Soccer, after issuing a statement saying it was "disappointed" that the action was taken, issued a second statement Thursday afternoon saying it is "committed to and engaged" in negotiating a new CBA "that addresses compensation with the U.S. women's national team "when the current CBA expires at the end of this year."

Kessler claimed that the state of the negotiations over the CBA created the need for the women to act in hopes of ending what they say is the "discriminatory and unfair treatment" they have endured for years.

Solo, appearing with Lloyd on NBC's "Today" on Thursday, said "not much has changed" during her time on the team.

"I've been on this team for a decade and a half, and I've been through numerous CBA negotiations, and honestly, not much has changed," Solo said. "We continue to be told we should be grateful just to have the opportunity to play professional soccer, to get paid for doing it.

U.S.. Soccer, citing its investment in the National Women's Soccer League, said it remains committed to the women's game.

"Our efforts to be advocates for women's soccer are unwavering," the statement said. "For 30 years, we have been a world leader in promoting the women's game and are proud of the long-standing commitment we have made to building women's soccer in the United States and furthering opportunities in soccer for young women and girls around the world."

Fearing that the women's team would strike ahead of this year's Olympics, U.S. Soccer said last month it "reluctantly" filed suit in a Chicago federal court to "confirm the existence" of a collective bargaining agreement with the union representing the U.S. women's team.

"I think the timing is right," Lloyd told NBC's "Today" on Thursday. "I think we've proven our worth over the years. Just coming off a World Cup win, the pay disparity between the men and women is just too large. We want to continue to fight. The generation of players before us fought. And now it's our job to keep on fighting."

"We support the fact that the women should fight for their rights and fight for what they think is just compensation. We, on the men's side, have been fighting that battle for a long, long time," Howard told SportsCenter. "We certainly know what it feels like. We felt underpaid for a long time. We had to negotiate our way to a settlement."

"Every single day we sacrifice just as much as the men. We work just as much," Morgan told "Today." "We endure just as much physically and emotionally. Our fans really do appreciate us every day for that. We saw that with the high of last summer. We're really asking, and demanding now, that our federation, and our employer really, step up and appreciate us as well."

Also greatly disparate, according to the figures, is the pay for playing in the World Cup. The U.S. women received a team total of $2 million when it won the World Cup last year in Canada. Yet when the U.S. men played in the World Cup in Brazil in 2014, the team earned a total of $9 million despite going just 1-2-1 and being knocked out in the round of 16.

Said Kessler in a conference call with reporters: "The reality is that this team is more valuable to the USSF than the men's team has been. That's what the facts show. And they would be justified in asking for more than the men are receiving. But the first step that they are seeking is equal treatment. That should be an easy step for the USSF to take."

Many players on the national team have become increasingly vocal about gender equity in the sport, something that came to light in advance of last year's World Cup in Canada. A group of players led by Abby Wambach filed a complaint in Canada about the artificial turf playing surface, noting the men's World Cup is played on natural grass.

After the women won the World Cup with a 5-2 victory over Japan in the final, the turf issue arose again during a victory tour when a game in Hawaii was canceled because the artificial turf was deemed unsafe.

"We want to play in top-notch, grass-only facilities like the U.S. men's national team," Morgan said. "We want to have equitable and comfortable travel accommodations and we simply want equal treatment."

The team, which has qualified for this summer's Olympics in Brazil, is currently in Florida training for a pair of exhibition games against Colombia. 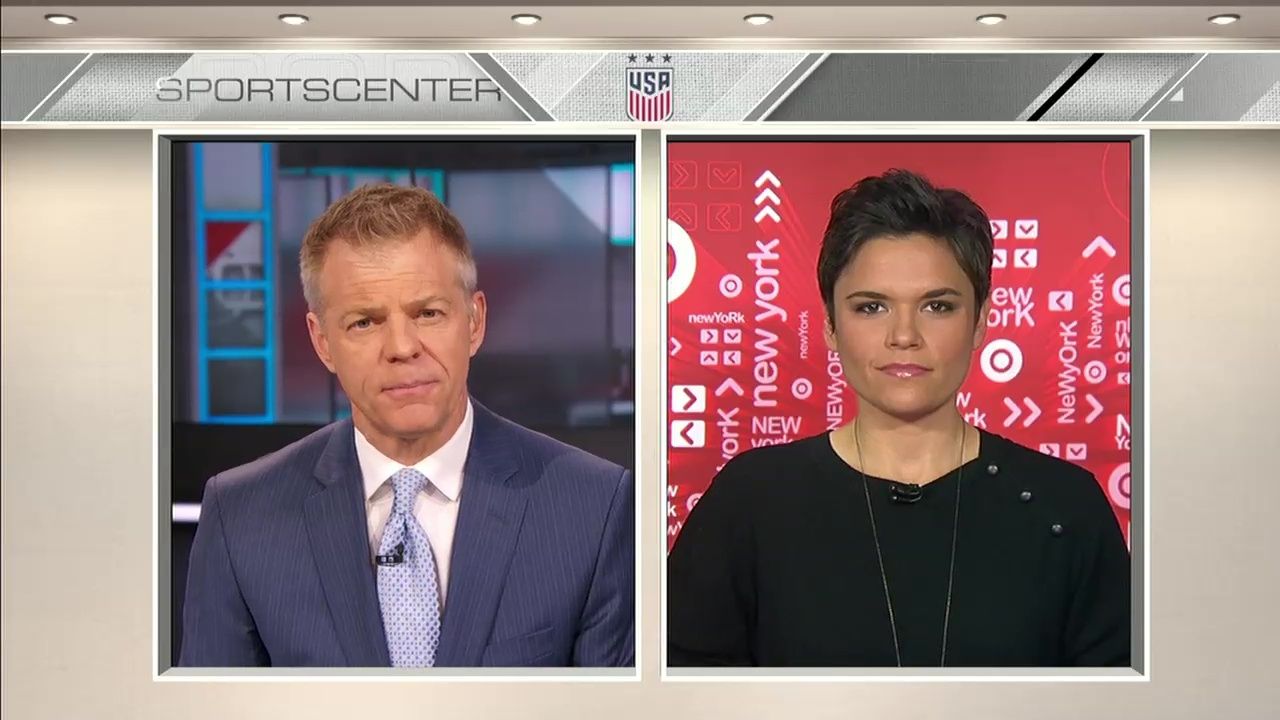 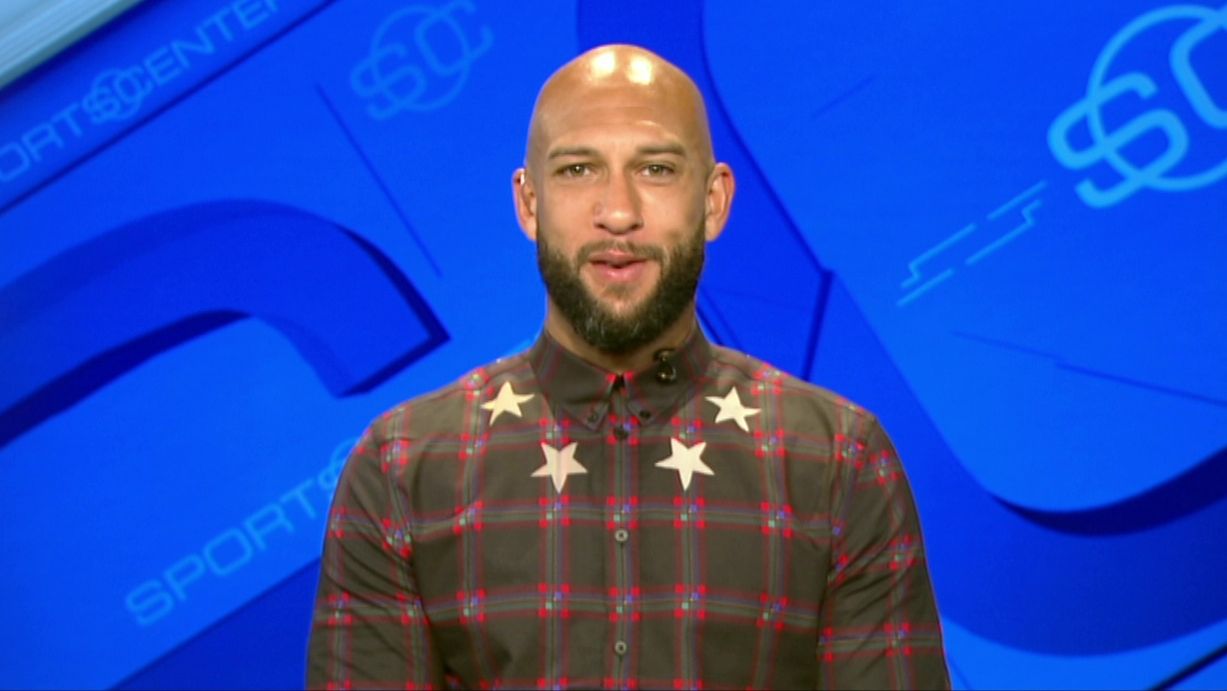