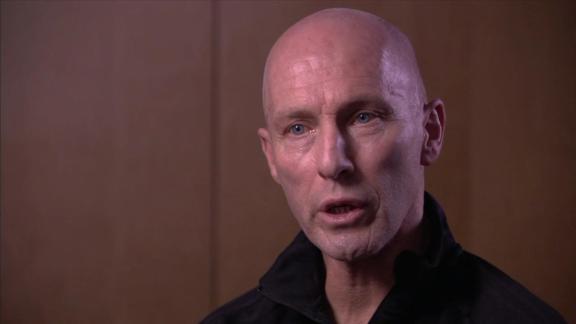 ESPN
By Jeff Carlisle
U.S. international midfielder Mix Diskerud has signed with Manchester City on a free transfer, agreeing to a four-and-a-half-year contract with the Premier League club.

Apparel maker Umbro announced the move, which Diskerud called "a great opportunity for me" in the brand's statement.

Diskerud was cast aside by MLS club New York City FC -- one of Man City's sister clubs via City Football Group -- at the beginning of 2017 and was on loan with Swedish club IFK Goteborg for the remainder of the year.

But a source with knowledge of the situation told ESPN FC that Diskerud's contract with MLS and NYCFC -- which was due to run through the end of 2018 -- has been terminated and that he was acquired by Manchester City with an eye toward loaning or selling him to another club.

Diskerud will not train with City's first team, nor will he be loaned out to another City Football Group affiliate, the source said.

Another source close to Manchester City said Diskerud would train with the club's reserves but is not expected to play in a game.

In 2016, Australian Aaron Mooy signed with Man City after playing for CFG affiliate Melbourne City. Within a week, Man City loaned Mooy to Huddersfield Town, and he helped the Terriers win promotion to the Premier League.

Diskerud, 27, was signed by NYCFC just prior to the 2015 campaign and made 27 appearances for the club under then-manager Jason Kreis, scoring three goals -- including the team's first-ever -- and adding one assist.

But following Kreis' firing at the conclusion of the 2015 season and the subsequent hiring of Patrick Vieira, Diskerud fell down the NYCFC depth chart. He made just 12 league appearances in 2016, none after June, scoring just one goal and adding two assists.

His peers in MLS named him the league's most overrated player in an anonymous poll of 123 players conducted by ESPN FC before the 2016 season.

Diskerud has made 38 appearances with the U.S., scoring six goals, and was part of the 2014 World Cup team. He last appeared for the U.S. on March 25, 2016, in a 2-0 World Cup qualifying defeat against Guatemala.

In addition to his time with NYCFC, the Oslo native has played with Norwegian sides Stabaek and Rosenborg, as well as Belgian side Gent.

Bob Bradley details way to better develop American players
In an interview on the Max & Herc Podcast, Bob Bradley explains how to give all American players, such as 19-year-old Manchester United defender Matt Olosunde, a chance to develop.