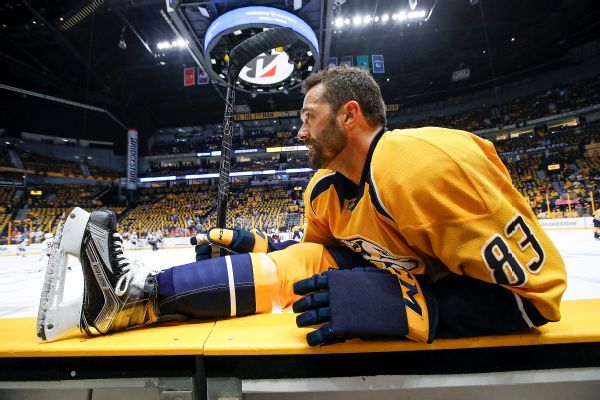 NASHVILLE, Tenn. -- Vernon Fiddler is retiring from the NHL after playing 877 games over 14 seasons in the league with four different teams.

Fiddler announced his decision Wednesday in a story for The Players Tribune.

The 5-foot-11 center says he thought the New Jersey Devils would be his final team when he signed during the 2016 offseason. But, Fiddler wrote, Nashville general manager David Poile and Devils GM Ray Shero, who launched his professional career, worked out a trade sending him back to the Predators where he started in the NHL.

Fiddler says coming full circle was special with the Predators' run to the Stanley Cup Final a "perfect way to finish my career."