Vince Wilfork, 35, thinking retirement but will take time to decide 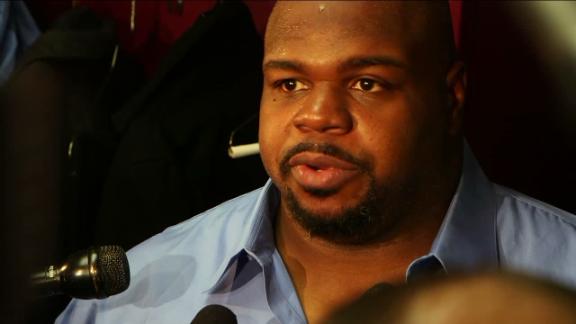 "I think I have played my last NFL football game," Wilfork said. "I will take the time and do my due diligence and sit back and see if I really want to retire. We'll see. I don't know how long that will take.

In the week before the Texans' first-round playoff game against the Oakland Raiders, Wilfork said he was considering retirement after the season for the first time in his career.

Wilfork, 35, has made five Pro Bowls in his 13-year career and was a first-team All-Pro in 2012. He said earlier in the month that he realizes it will be a tough decision to make because he knows he can still play.

"One thing I know is that I love this game," Wilfork said in early January. "One of the hardest pills to swallow [is] to leave something that you love. It's tough. It's got to be tough. Because [it's not like] I'm walking out banged out or I don't have nothing left in the tank."