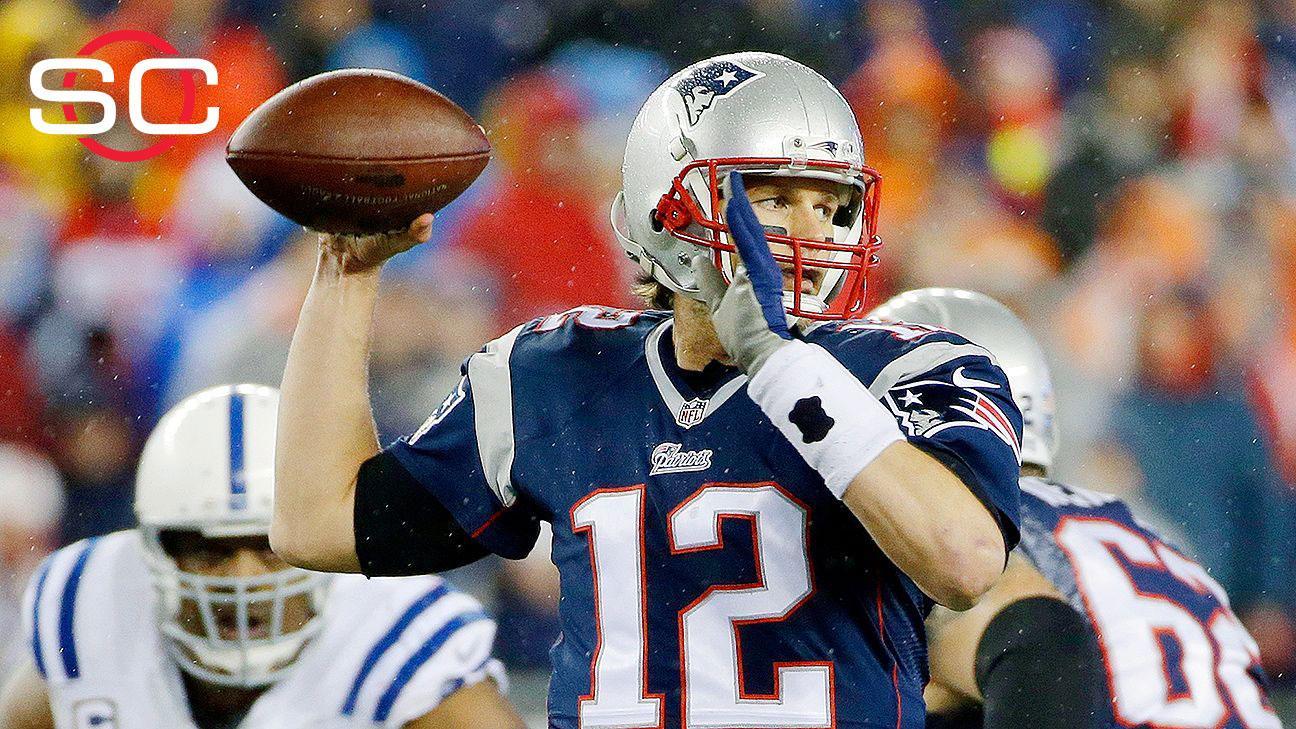 The NFL has found that it is probable that New England Patriots personnel deliberately deflated balls during the AFC Championship Game in January and that quarterback Tom Brady was probably "at least generally aware" of the rules violations.

The findings were released Wednesday in a 243-page report by Ted Wells, the league-appointed attorney who investigated whether the Patriots deflated balls in their game against the Indianapolis Colts.

The report cites evidence that McNally took the game balls into a bathroom adjacent to the field at Gillette Stadium and stayed there for about 100 seconds -- "an amount of time sufficient to deflate thirteen footballs using a needle.''

Other evidence included referee Walt Anderson's inability to locate the previously approved footballs at the start of the game -- the first time that had happened to him in 19 years.

The report includes salty text messages between McNally and Jastremski -- sent in October and January -- that imply Brady was requesting footballs deflated below the minimum of 12.5 pounds per square inch. They also imply that Brady had previously been upset with the quality of the game balls.

In a text exchange from Oct. 17, 2014, following a game between the Patriots and the New York Jets, in which the report said Brady angrily complained about the air pressure in the balls:

Jastremski: Talked to him last night. He actually brought you up and said you must have a lot of stress trying to get them done

Jastremski: I told him it was. He was right though

Jastremski: They didnt recheck then after they put air in them

Texts from Jan. 7, 2015, 11 days before the AFC title game, described requests from McNally for shoes and signed footballs from Brady in exchange for deflating the balls.

Jastremski: U got it kid...big autograph day for you

McNally: Nice throw some kicks in and make it real special

The NFL is considering discipline for Brady, McNally and Jastremski, a source close to the investigation told ESPN NFL Insider Adam Schefter. Discipline is "days" away, the source said.

In investigating Brady, Wells said he was hindered by the quarterback's refusal to provide his own emails, texts or phone records. But using Jastremski's phone records, Wells detected an increase in the frequency of phone calls and texts between Brady and the equipment assistant shortly after suspicions of tampering went public. After not communicating via phone or text for six months, they spoke six times on the phone over the course of three days.

Former NFL executive (and ESPN analyst) Bill Polian, familiar with the league's crime-and-punishment procedures after spending 19 years on the league's competition committee, said the term Wells used -- "more probable than not" -- has been the standard of proof the NFL has used for competitive violations in the past six years. "In short, he is finding there was a violation," Polian said.

The Wells report said league investigators found no evidence that coach Bill Belichick and team management knew of the practice.

It also concluded that there was no deliberate attempt by the Patriots to introduce a non-approved kicking ball during the game against the Colts.

"Although Patriots personnel provided a kicking ball to game officials that did not have the distinctive inspection mark of the referee, we find that the Patriots personnel involved believed the ball to be authentic and appropriate," the report stated. "We do not believe that there was any attempt by Patriots personnel, including Patriots kicker Stephen Gostkowski, to deliberately circumvent the rules by offering the kicking ball for play."

The Patriots won the AFC title and went on to beat the Seattle Seahawks in the Super Bowl two weeks later.

Owner Robert Kraft, who strongly defended his team and said the NFL would owe the Patriots an apology if the investigation turned up no culpable evidence, said he still doesn't believe the team did anything wrong.

"To say we are disappointed in its findings, which do not include any incontrovertible or hard evidence of deliberate deflation of footballs at the AFC Championship Game, would be a gross understatement," Kraft said of the report in a statement.

"While I respect the independent process of the investigation, the time, effort and resources expended to reach this conclusion are incomprehensible to me. Knowing that there is no real recourse available, fighting the league and extending this debate would prove to be futile. We understand and greatly respect the responsibility of being one of 32 in this league and, on that basis, we will accept the findings of the report and take the appropriate actions based on those findings as well as any discipline levied by the league."

Brady, who is scheduled to speak to students Thursday night at a sold-out event at Salem State University in Massachusetts, has yet to comment. However, his father, Tom Brady Sr., defended his son in comments made to USA Today Sports, labeling the NFL's investigation "Framegate."

"The league had to cover themselves," Brady Sr. said. "The reality is they had no conclusive evidence."

The report's findings now will be turned over to NFL executive vice president of football operationsTroy Vincent.

"As with other recent matters involving violations of competitive rules, Troy Vincent and his team will consider what steps to take in light of the report, both with respect to possible disciplinary action and to any changes in protocols that are necessary to avoid future incidents of this type," NFL commissioner Roger Goodell said in a statement. "At the same time, we will continue our efforts vigorously to protect the integrity of the game and promote fair play at all times."

Footballs with less pressure can be easier to grip and catch. Some quarterbacks prefer footballs that have less air.

In a statement, the Colts said they are aware of the findings and had no comment.

The Patriots open the 2015 season by hosting the Pittsburgh Steelers on Thursday, Sept. 10. The Westgate Las Vegas SuperBook took the game off the board Wednesday "just in case" the NFL wants to make a point. 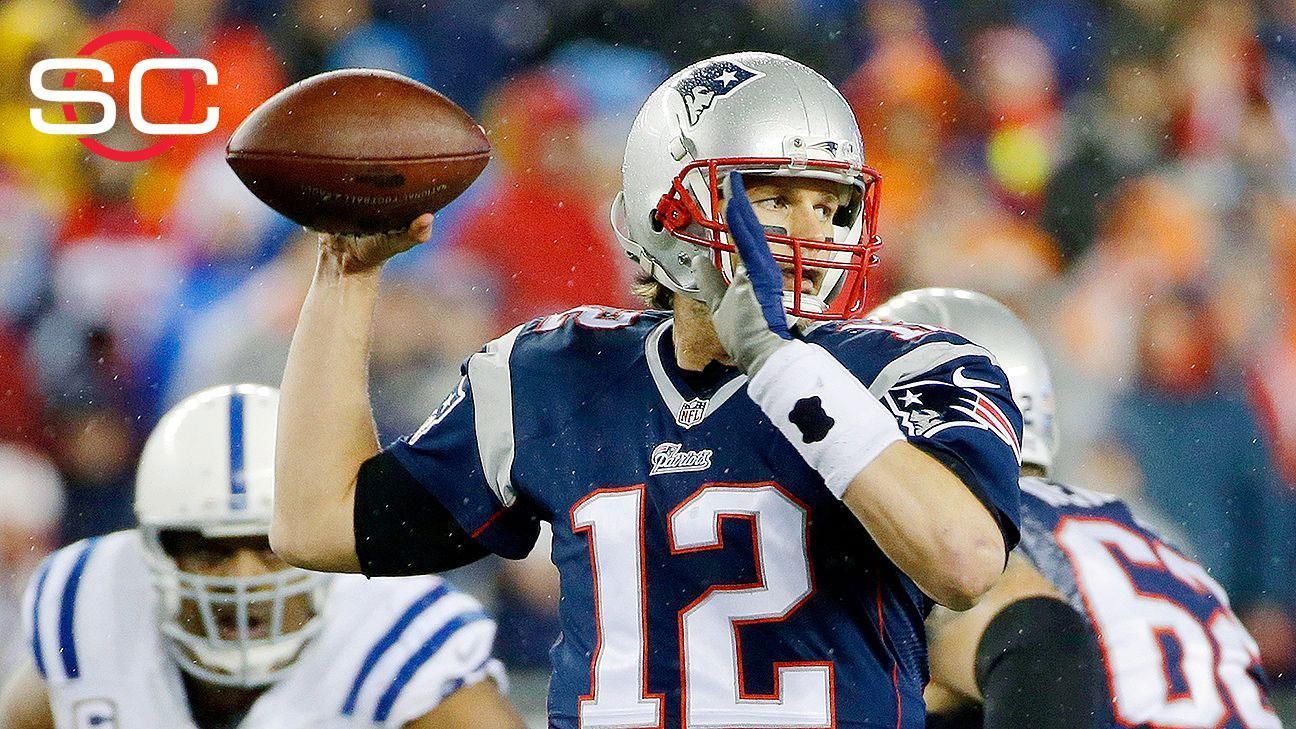