Why we won't stop talking about Lin vs. Kobe and the Lakers

ESPN
By Ohm Youngmisuk
NEW YORK -- It was a Friday night and an old, familiar big-game buzz was permeating throughout Madison Square Garden.

It was the kind of electricity that could be felt in the Garden when NBA royalty like Michael Jordan came to town.

In this case, it would have been natural for the excitement in the sellout crowd to be all about Kobe Bryant's lone annual visit to MSG. But on Feb. 10, 2012, the hype entering the latest Bryant-Garden showing surrounded the fresh new Asian sensation sweeping New York -- and we're not talking about PSY's "Gangnam Style" (one of the biggest pop hits by the end of the year).

No, this was the night five years ago that "Linsanity" really exploded. The Garden crowd had come to see if Jeremy Lin's hot three-game start at the time could continue against Bryant or if this nice little tale would come to an end at the hands of the Black Mamba.

What happened that night and during that memorable two-plus-week stretch is still unbelievable to some that lived it. Kenny Atkinson, then a Knicks assistant coach who worked closely with Lin and is credited with helping the point guard develop, still remembers the collective jaw-dropping reaction from the Garden crowd as Lin went for 38 points against Bryant and the Lakers in a 92-85 Knicks win that seemed to legitimize Linsanity.

"Just the disbelief I think from the crowd," recalled the Nets head coach, who was reunited with Lin this season in Brooklyn. "They were enthusiastic but it was almost like you were in a little bit of shock, like, 'What the heck is going on here?' Like a shock frenzy, you know? Does that make sense?"

How could any of it make sense?

Nobody had ever seen an Asian-American NBA player drop a career-high 38 points and seven assists at Madison Square Garden in his first nationally-televised game -- let alone against an all-time great like Bryant. Kobe had 34 points and 10 rebounds, by the way, and tried his best to win the game in the fourth quarter himself.

Bryant even admitted the night before facing Lin for the first time that he had "no idea" what Linsanity was and hadn't been paying attention.

"He's been hot," Lakers center Andrew Bynum told reporters after Lin's career night. "Today we just added to his hype -- probably kept him in the league for 10 years."

Little did Bynum know that with each midrange jumper and 3-pointer, with the eye-popping spin move on Derek Fisher and the impressive reverse layup on Pau Gasol, Lin was in the process of producing something that will last not just 10 years but decades.

Lin wasn't just breaking down the Lakers' defense that night. A national audience watched the 6-foot-3 Asian American shatter stereotypes for an entire culture and ethnicity. And if nothing else, perhaps what I will be most grateful for is that Linsanity produced attention and a consciousness for an ethnic group that often floats in the background in comparison to the other minorities here in America.

If Yao Ming's arrival created awareness for much of what is offensive to Asians, the rise of the first American-born NBA player of Chinese or Taiwanese descent enhanced the sensitivity and furthered that education on a bigger level.

As so many became drawn to Lin's ultimate underdog journey from the depths of the D-League and sleeping on couches to the cover of Time Magazine, the Asian American Journalists Association provided a media advisory to offer some guidelines on Linsanity. It let people know that it's ignorant to draw connections between Lin and fortune cookies or other Chinese food, or to make references to an Asian's eye shape or driving skills when discussing Lin's game.

I remember some followers on Twitter who were actually oversensitive to all things involving Lin, like when one politely asked if wearing a ninja costume to a game with "Linja" written on it would be offensive.

These things aren't even being discussed without Linsanity, a unique moment for so many in and around it.

Both D'Antoni and Atkinson speak fondly about their memories of that time when it comes up. Asked recently about the Lin-Kobe game reaching its five-year anniversary, D'Antoni cracked, "I lit two candles this morning [in honor of that moment]."

"The whole two weeks were surreal, one of the more exciting times I've ever had to coach a player in basketball," said the Houston Rockets coach, who gave Lin his big shot at the time while coaching the Knicks. "It just happened in New York, the stage it was on. Jeremy being the type of person he was, just everything together playing against the Lakers, playing on national TV, playing against Kobe, so many things that were set up.

"He just knocked it right out of the park. Literally out the park."

Before Bryant would walk off the floor that night, the Lakers star heard the Garden crowd serenade Lin with "MVP" chants.

"It was like the [Steve] Nash era, with the fast-paced [play], the assists, the lobs to Tyson [Chandler]," Atkinson said, his voice rising. "I wish I could go back and watch. It was exciting basketball. ... It was like the old Suns and it revealed Jeremy's athleticism, like, "Oh! This kid is a blur.' Exciting passes.

"I felt like even as he started to do it more often, I still think there were a lot of people that didn't want to believe it. They didn't! For whatever reason. They didn't want to give him his due. I don't know the reason for that. I really don't."

Atkinson said that for as long as he's in basketball, he likely will never see anything like that again. He will always remember that incredible stretch by Lin.

And many Asians will never forget it.

As Atkinson said, "It was so unimaginable." 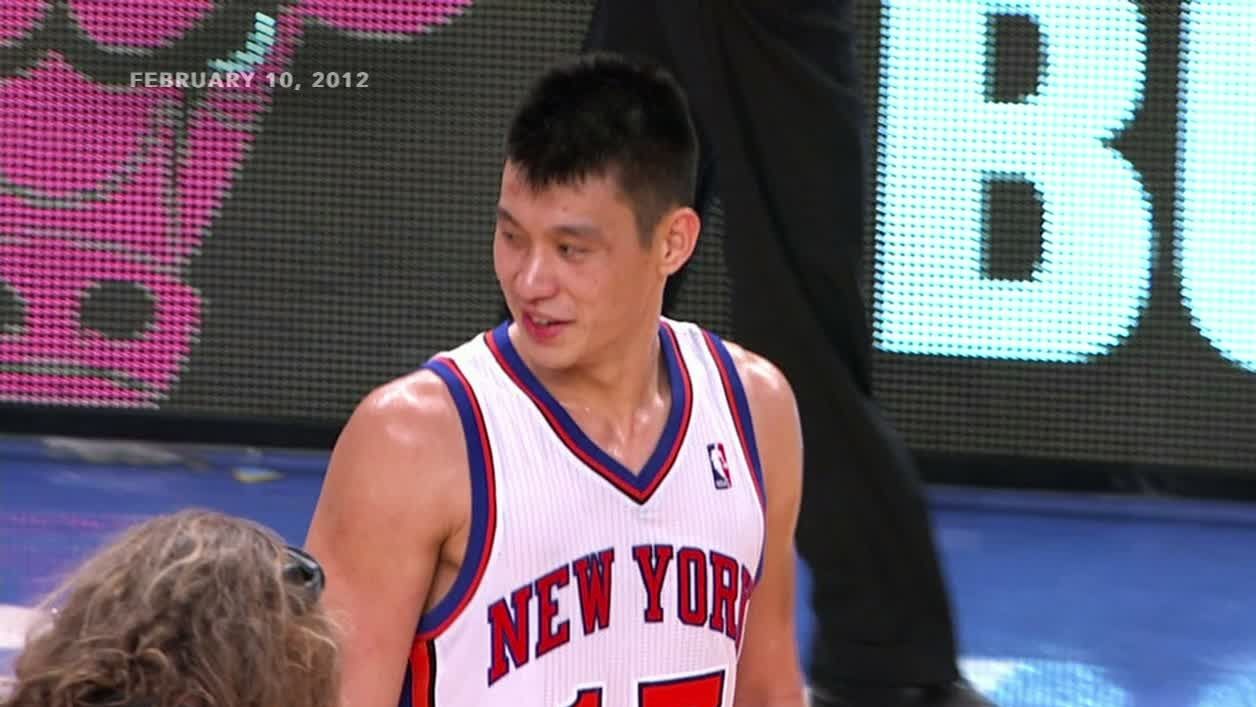