The deal is for two years and worth $12 million, a source told ESPN's Adam Schefter.

Marshall tweeted a picture of his signed contract.

"They definitely didn't offer me the most money," Marshall said on a conference call. "It probably was the least money. It was all about championships, to get straight to the point. They presented the best opportunity to be in a championship organization."

Marshall will team with Odell Beckham Jr. and Sterling Shepard to form a formidable wide receiver corps for the Giants.

"I just think there is a lot of opportunity on the other side of Odell, with a young guy in Shepard being in the slot," Marshall said of joining the Giants.

"Just to keep defensive coordinators and the opposing defense honest," he explained. "I think there is a lot of opportunity to definitely produce, given that Odell is on the other side."

Marshall and the Jets discussed the possibility of a return in 2017 -- a source close to Marshall told Schefter the team offered a contract extension with no pay cut -- but they eventually decided to part ways. The Jets made no attempt to trade him, knowing it was a long shot.

Marshall, who will turn 33 on March 23, was voted by the Jets as the team MVP in 2015 after he set franchise records for catches (109) and receiving yards (1,502) in a season. He also tied for the NFL lead with 14 receiving touchdowns. From there, the well-traveled veteran suffered perhaps his worst season in 2016, managing only 59 catches, 788 yards and three touchdowns.

Undermined, in part, by poor quarterback play, his catch percentage (receptions/targets) was only 46.7 percent, 143rd among 144 qualifying players.

The Jets acquired Marshall in 2015 from the Bears, costing them only a fifth-round pick. It was hailed as one of the best trades of the offseason, helping Jets general manager Mike Maccagnan win NFL Executive of the Year. Marshall distanced himself from his reputation as a problem in the locker room, but there were a couple of flare-ups last season. He and teammate Sheldon Richardson engaged in a heated argument following the Week 3 loss in Kansas City.

Marshall is one of the most prolific receivers in the game -- only 59 receptions shy of 1,000 -- but he has yet to reach the postseason in his 11-year career.

The six-time Pro Bowl selection has played for the Broncos, Dolphins, Bears and Jets in 11 seasons. 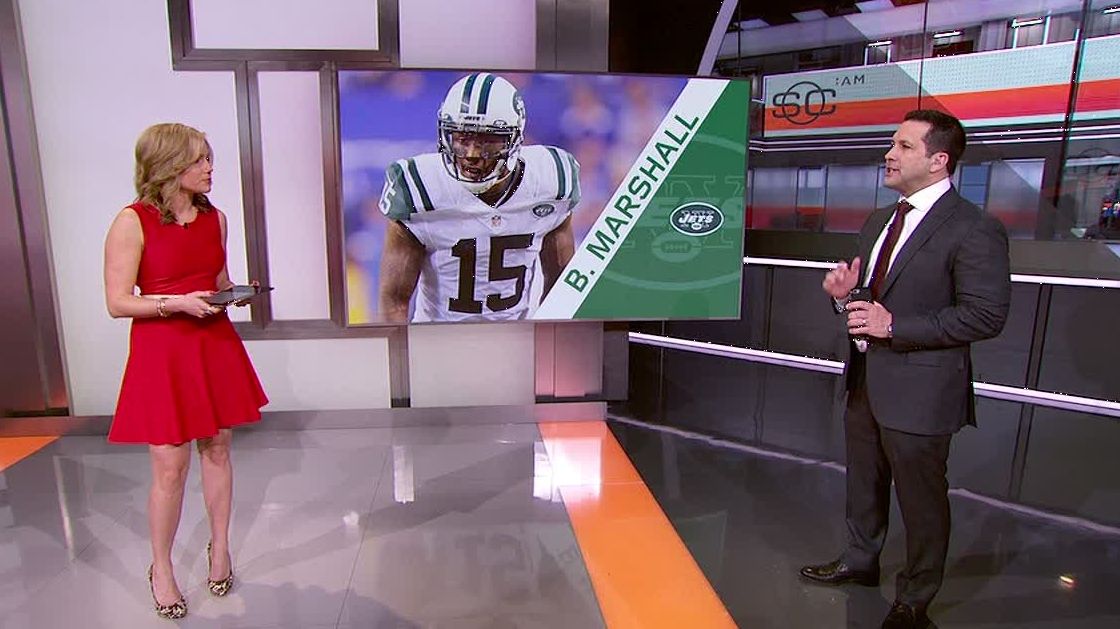