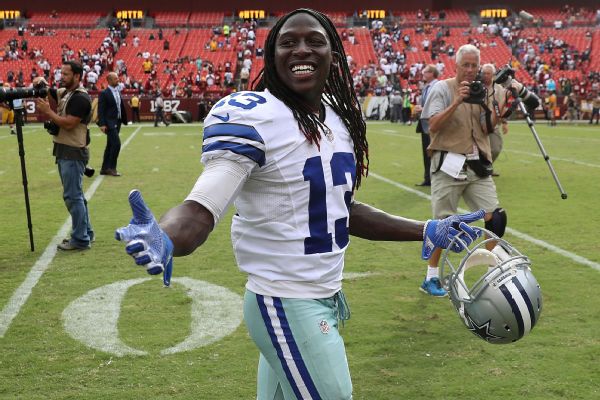 FLORHAM PARK, N.J. -- Four days after a bizarre series of events led to his release from the Dallas Cowboys, Lucky Whitehead settled into his new job Saturday with the New York Jets, still wondering how he got here.

"It was very confusing," the wide receiver said after his first practice. "I came off the field [at Cowboys camp] and found out I had an arrest warrant I didn't know about.

"It was kind of shocking with the whole release thing. That whole situation, I was just trying to figure out what was going on and clear my name. It was kind of twisted. ... I don't think I really got an explanation. It's an unfortunate situation."

Whitehead, 25, was placed on waivers Tuesday after news broke that he had been charged with shoplifting in Virginia in June. Whitehead proclaimed his innocence, which was confirmed by the Prince William County Police Department on Wednesday, when it confirmed that the man arrested was not Whitehead.

The Cowboys stood by their decision, citing a pattern of behavior that they felt justified the move. Whitehead lashed out at the Cowboys, telling the Dallas Morning News, "Let's not sugarcoat anything. I was pretty much being called a liar."

On Saturday, Whitehead said he wanted to move on, and he declined to answer when asked if he's still bitter toward the Cowboys. "I'm just happy to get an opportunity to start over and clean my slate," he said.