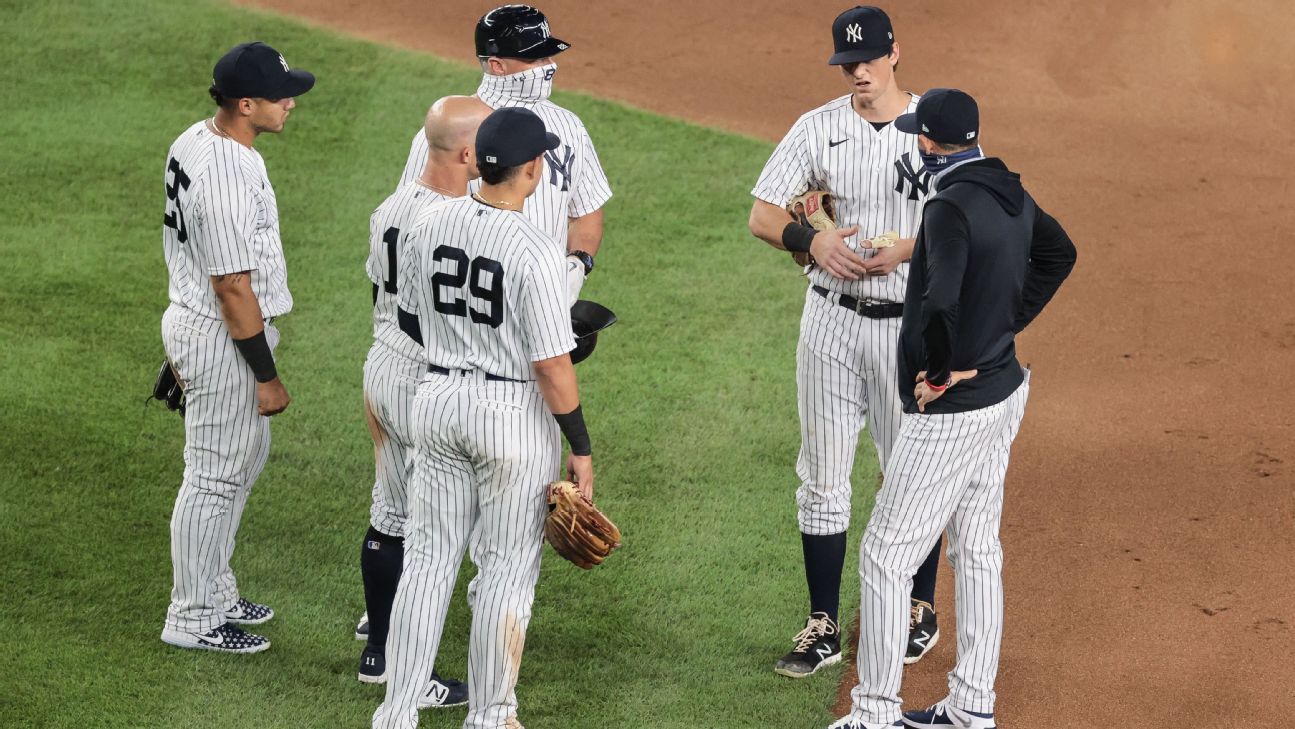 Manager Aaron Boone said X-rays were negative, but LeMahieu was sent to the hospital for an MRI and CT scan and could end up on the injured list. He broke the same thumb with Colorado in 2018 and still wears a protective guard inside his infield glove.

LeMahieu whiffed on a pitch from Nathan Eovaldi in the fourth inning, followed through awkwardly and began to favor his left hand. LeMahieu paced around the plate area, followed by a team trainer and Boone, but remained in the game.

LeMahieu's average dropped to .411 when he grounded out weakly to shortstop. Boone again visited with him on the field between innings, and LeMahieu took his position at second base for the top of the fifth inning.

Tyler Wade replaced LeMahieu at second base to begin the sixth and delivered an RBI double in the bottom of the inning.


LeMahieu, a three-time Gold Glove winner, hit .327 last season. He is vying to become the first player to win batting titles in both leagues. He took the National League crown with Colorado in 2016, when he hit .348.

The Yankees are already without star sluggers Aaron Judge and Giancarlo Stanton, both on the injured list. Judge has a strained right calf and was put on the IL on Friday, while Stanton is out for three to four weeks with a strained hamstring.