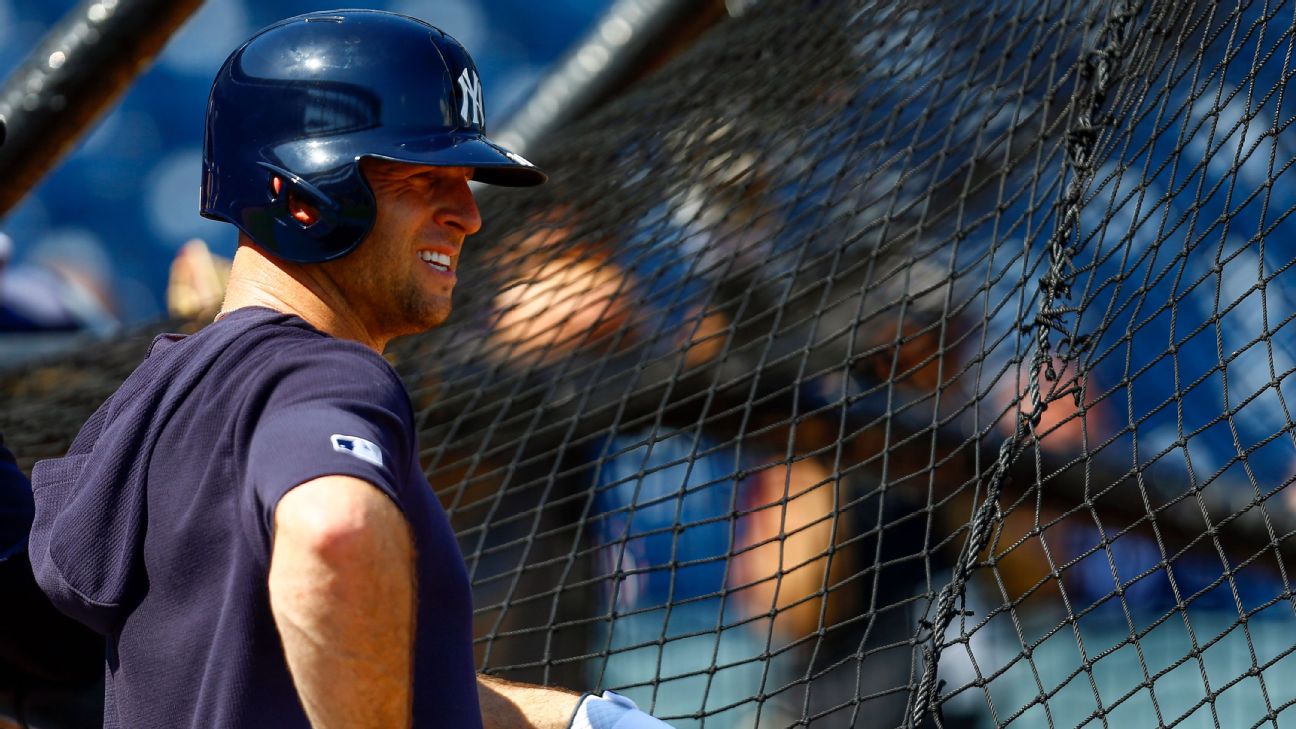 The move was retroactive to Monday. Gardner hasn't played all this week, but has spent time going through various pregame workouts to test out the knee. Thursday was no different.

"Went out there again and did his early work where he's running and running through some drills, and looked pretty good, actually," manager Aaron Boone said.

The outfielder said he did more before Thursday's game than he had the rest of the week. He also echoed Boone's sentiments.

"I was kind of pleased with the way I felt, but I'm just not quite where I need to be at this point," Gardner said. He added that he's "trying to be smart" about his knee issues, and said that the decision to send him to the IL was indeed an intelligent one.

Gardner, who is hitting .243 with 15 homers and 41 RBIs this season, said he hurt the knee while making a sliding catch on Colorado's Ryan McMahon in the ninth inning Saturday.

He was then scratched from Sunday's series finale against the Rockies and hasn't played since.

"But ... kind of taking a little bit of a long view, it's like, could we grind through this right now? Maybe. But then it's something that's probably lingering throughout the year," Boone said. "We felt like the smart thing to do was, 'Let's give it a few more days here,' and hopefully coming out of the off day at home next week, he'll be ready to go and this is behind him and not something that lingers."

The Yankees are off next Thursday after hosting the Diamondbacks for two games. It's possible Gardner is able to return for next Friday's opener against the Red Sox in the Bronx.

To fill Gardner's spot on the roster, the Yankees recalled left-hander Stephen Tarpley from Triple-A Scranton/Wilkes-Barre. Boone said Clint Frazier could be an option to be called up while Gardner is on the IL.

Gardner is the 23rd Yankees player to go on the IL this year, three more than they put on the disabled list in all of last season.

Meanwhile, the Yankees didn't arrive in Boston ahead of their four-game series against the Red Sox until 5 a.m. ET Thursday.

The late arrival came after New York's 10-7 victory against the Twins on Wednesday night in Minneapolis. That game didn't end until shortly before midnight ET.

The Yanks were not expected to take batting practice before taking on Rick Porcello and the Sox.