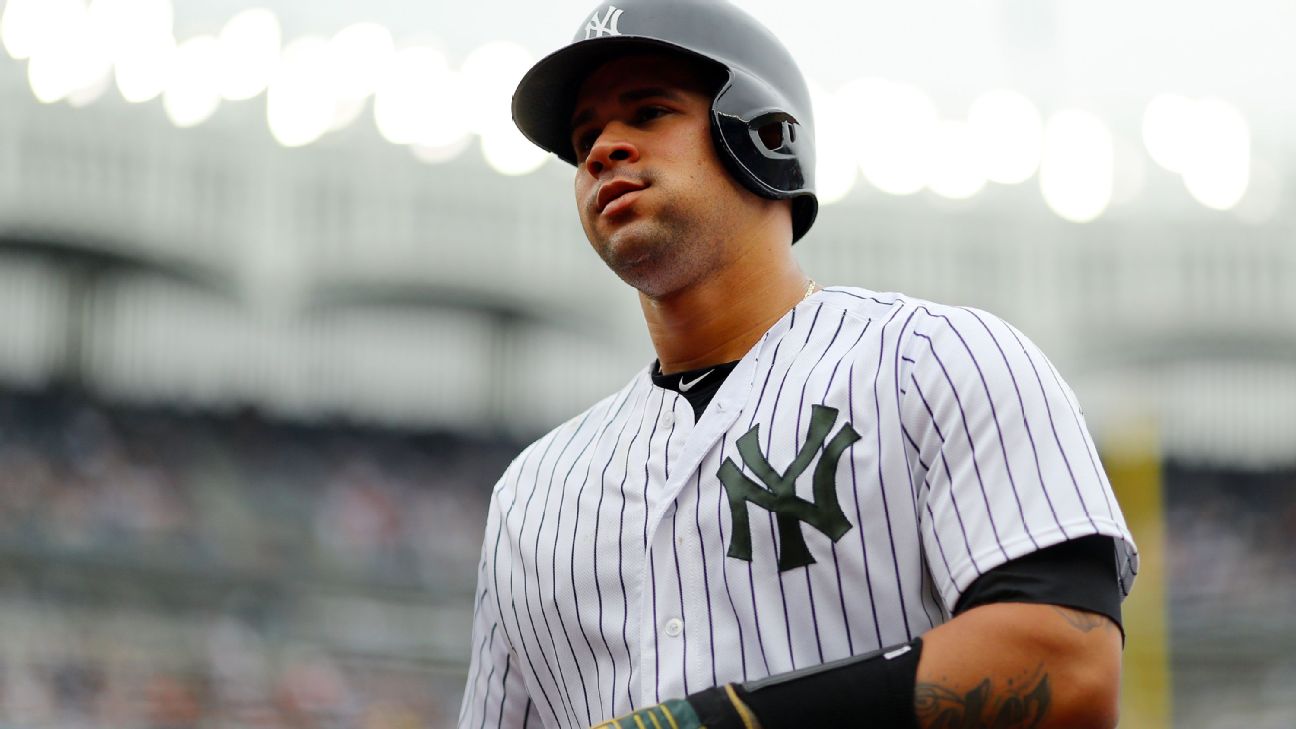 "Thankfully what Gary has is a solvable health issue; it's a timing one," Cashman said Wednesday. "We'll just have to wait on it and hopefully be in a better position when he returns from the DL."

Sanchez was placed on the 10-day disabled list Tuesday after an MRI that morning revealed he had aggravated a groin injury that he had just returned from last week. The right groin strain was initially suffered in a late June game at Tropicana Field, where he was trying to beat out a ground ball in a loss to the Tampa Bay Rays.

Sanchez said he began feeling tightness in the same spot when he got out of his crouch to chase after a passed ball that got away in Monday night's 7-6 loss to the Rays. As he seemingly took his time getting to the baseball, a Rays baserunner scored all the way from second base.

Later in that game, Sanchez came out of the batter's box slowly on a ninth-inning ground ball before trying to speed up far too late to beat a putout throw. Had he reached base, he would have driven in a crucial game-tying run. Instead, he was thrown out, ending the game.

After being criticized for the lackadaisical effort, Sanchez later expressed remorse for having let his teammates and fans down.

"When the other team scores runs and you have the game on the line and you end up basically losing the game because it's your fault, you feel really bad about that," Sanchez said through an interpreter. "You feel bad for your teammates, you feel bad for the fans, because you want to give them the maximum effort.

"You have a responsibility as a player, and when you don't give them the best you can, of course you're going to feel that you let them down."

It was during a conference call with reporters following Tuesday night's trade with the Baltimore Orioles for reliever Zach Britton when Cashman also was asked about Sanchez. He said he would explore the options of adding another catcher by the trade deadline, but he wasn't optimistic that would happen.

"We'll see," Cashman said. "We're a little more vulnerable in the event that we have another issue at the catching position. Where do we turn to next?

"So like everything else, it's my job to explore and protect and to the degree that we can, we'll certainly look at all those aspects. But seeing how other clubs have had to deal with that over the course of the season as well, I recognize that that's not easy to solve."

In Sanchez's place, the Yankees will continue to use Austin Romine as their primary catcher. Kyle Higashioka, who was called up Tuesday from Triple-A and got the start Wednesday at Tampa Bay, will be Romine's backup.