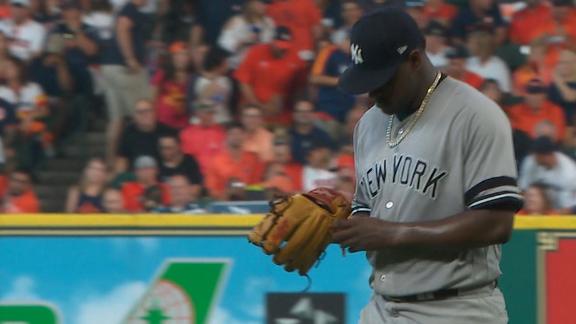 HOUSTON -- New York Yankees manager Joe Girardi lifted his team's ALCS Game 2 starter, Luis Severino, because he believed the pitcher was hurt, but Severino and the team's doctors say that Severino was not injured.

"I wanted to go out there and pitch," Severino said.

In a strange occurrence, Girardi took Severino out of the Yankees' 2-1 loss to the Houston Astros after just four innings and 62 pitches. During the fourth inning, Girardi said team officials thought Severino was pushing the ball.

After Severino aggressively wound his right arm like a windmill, Girardi grew concerned. From Girardi's view, the motion, which the manager said he had not seen from his starter before, appeared to indicate that something might be wrong with Severino's right throwing shoulder. Girardi and a team trainer went out to the mound, but they left Severino in to finish the inning.

"I told them I was good," Severino said. "I didn't feel anything."

"He wasn't very happy I took him out," Girardi said.

Girardi said he took into account that Severino has thrown more innings than ever, having been pushed past 200, including the playoffs. Girardi said he hadn't seen Severino do the winding action before, and the manager felt he was putting his player's long-term health over the playoff concerns of the day.

"I think it is my responsibility to protect this kid," Girardi said.

Later in the fourth inning, after Girardi and the trainer's checkup, Severino fielded a one-hopper, but Severino said it hit mostly his glove and did not impact him.

As for what is next, Severino said he didn't think he needed more tests, while Girardi said that he thought Severino would have further examinations. 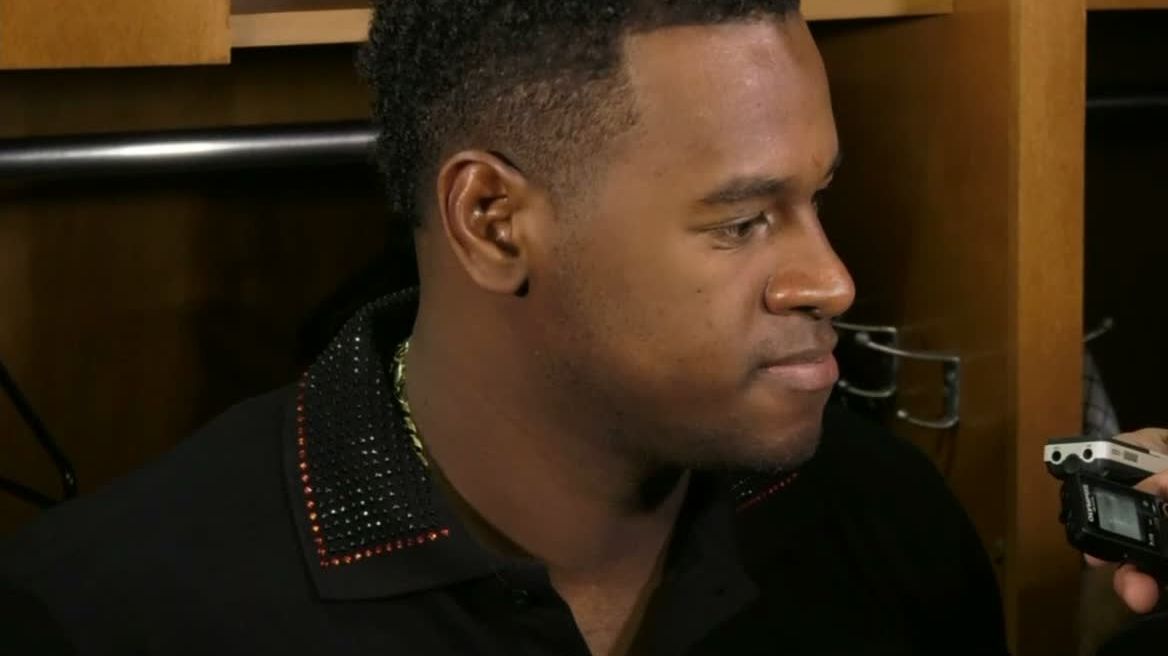 Severino says he is feeling great after injury scare
Luis Severino expresses that there isn't anything to worry about moving forward after being pulled due to a possible shoulder issue and believes that he will be able to pitch again this series if given the chance.
Report a correction or typo
Related topics:
sportsespnmlbluis severinoalcsnew york yankeesinjury
Copyright © 2021 ESPN Internet Ventures. All rights reserved.
More Videos
From CNN Newsource affiliates
TOP STORIES