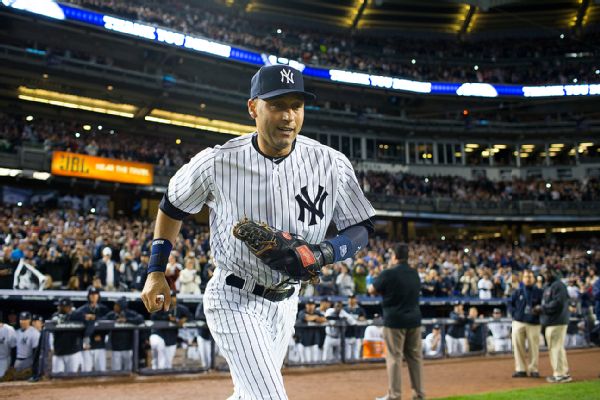 Heritage Auctions, which sold the original one-page report with two carbon copies, had an official estimate of $50,000 but admittedly didn't know a price threshold since there's not exactly a market for scouting reports.

"For unique one-of-a-kind items like this, the market is really strong," said Chris Ivy, director of sports collectibles for Heritage. "And the market is especially strong for Yankees items, as they are the king of the sports memorabilia market."

At its sold price, it's one of the highest prices a Jeter item has commanded at auction. In comparison, Heritage sold a Jeter-used bat from the 1996 World Series for $155,350 in 2014. Heritage also sold Jeter's uniform from the second-to-last game he ever played in for $60,000 earlier this year.

The scouting report was written by scout Dick Groch in April 1992, when Jeter was a high school senior in Kalamazoo, Michigan.

Under the "summation and signability" section, Groch wrote "A Yankee! A five-tool player. Will be a ML All-Star! +5!!" Under comments, Groch wrote "Blue Chip" and "A Yankee."

The Yankees went on to draft Jeter with the sixth overall pick a few months later.

Jeter played his entire 20-year career with the Yankees, leading them to five World Series titles. The team retired his No. 2 jersey last season.