Yankees' rotation shows signs of straightening itself out 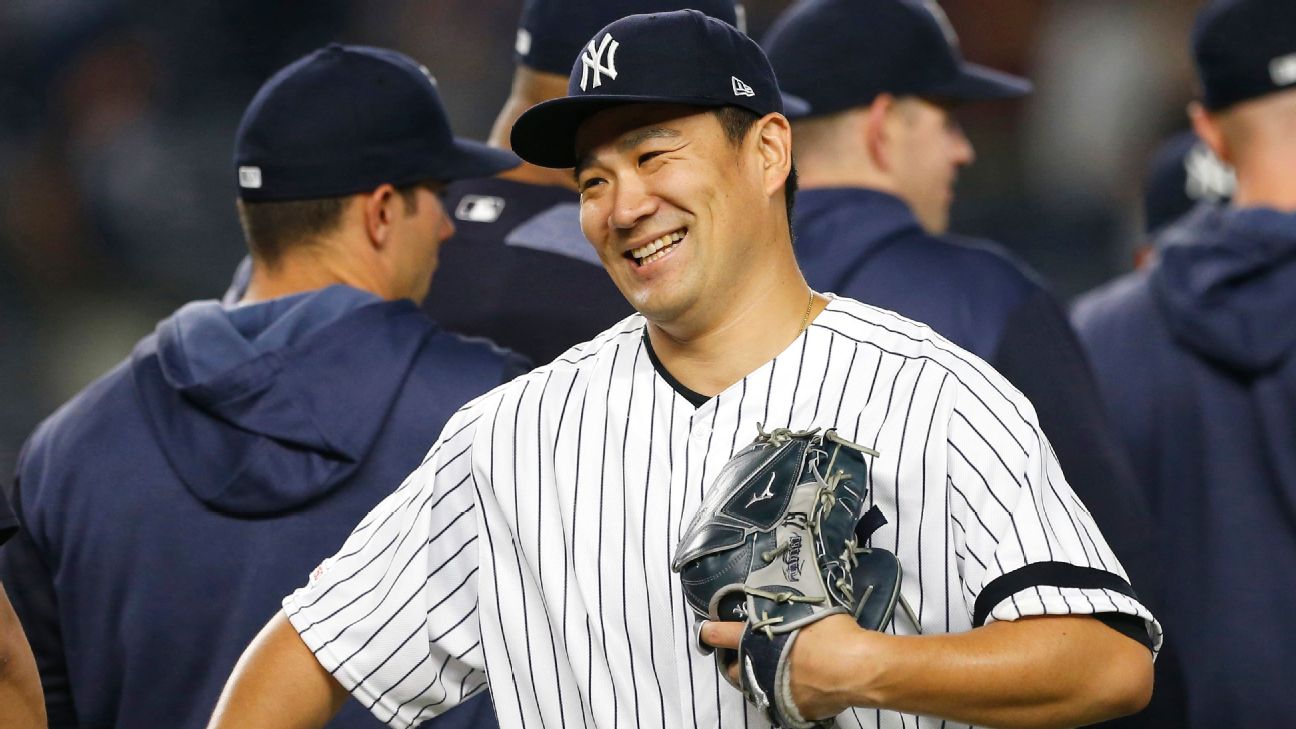 ESPN
By Coley Harvey
NEW YORK -- At the time, the question was a fair one.

After all, through three straight games entering last weekend, the manager's front-line hurlers had been unable to reel in their ballooning June ERA, and they had trouble shutting down opposing hitters. With injuries piling up in the rotation, and the pre-trade deadline picture beginning to come into focus, the question had to be asked: Were the Yankees starting to panic?

Boone claimed at the time that they weren't. And judging from how his pitchers have worked since losing an eight-run game last Friday night on Chicago's South Side -- not to mention the big trade the Bronx Bombers recently pulled off not for an arm but for another big bat -- they still aren't.

Suddenly, an area that has been a glaring weakness is starting to look a little stronger. Masahiro Tanaka's two-hit shutout in Monday night's 3-0 win over Tampa Bay became the latest in a small string of dominating performances the Yankees have enjoyed in recent days.

Even so, the Yankees' still largely anemic rotation remains in need of some help, and it ought to receive an upgrade ahead of the trade deadline.

"It's a process we're working through, and we'll see," general manager Brian Cashman said, acknowledging that he has started making calls with other teams, inquiring about what it would take to trade for a starting pitcher. "We're going to continue to mix and match and see where it takes us. I can't predict what's going to happen here as we move forward."

Just how calm and patient are the Yankees amid what may have recently seemed like a burgeoning crisis? Over the weekend, instead of bolstering their pitching staff, they acquired a player at a position they really didn't need. But when that player happened to be the 400-homer-hitting Edwin Encarnacion, offered for a cheap return, Cashman couldn't resist.

"If I can't reinforce that pitching just yet, but I have a chance to add more firepower on the other side of this thing because it's about run prevention, and it's also certainly run creation, then we're going to go that route," Cashman said. "Hopefully we've added to that run creation side, and then stay tuned, see how long it'll take me to get the other side of it fixed or recouped."

Regardless of where their pitching search ultimately takes them, the Yankees know they'll need to start having many more days like the ones Tanaka and others have had recently.

"You need performances like that sprinkled throughout the year just to preserve guys, and it becomes a big reset day when you can have that kind of performance," Boone said.

Indeed a reset had been necessary for a pitching staff whose starters posted a 6.22 ERA through its first 12 games this month and had been grinding through its bullpen thanks to several short starts.

Tanaka didn't formally begin the reset, though. Sure, his nine-inning outing Monday gave the bullpen a night off, but the relievers had been getting more relief over the weekend, thanks to back-to-back solid starts.

It began Saturday when Chad Green served as an opener in a dominant two-inning appearance against the White Sox. After striking out six of the seven batters he faced, Green turned the game over to lefty Nestor Cortes Jr., who followed up with a five-inning outing in which he allowed just two runs while striking out seven.

The pair worked so deep into the game that only two other relievers, Jonathan Holder and closer Aroldis Chapman, had to be used, getting an inning of work each.

A day later, James Paxton turned in six quality innings in a two-run outing that helped set up Tanaka's gem in the opener of an important three-game set against the second-place Rays.

"Big-time performance to kick off this series for us," Boone said of Tanaka's start.

In the past three games, the Yankees' starters have a much more impressive 1.06 ERA.

Despite the end result, Tanaka said he didn't feel like he had his best stuff, particularly early in the game. After he came off the mound in the ninth inning, he told the YES Network, through an interpreter, that he felt "lucky" to have made it through with so little trouble.

Catcher Gary Sanchez knew exactly what Tanaka was referring to.

"Definitely at the beginning it took a little while for us to get a rhythm going," Sanchez said through an interpreter. "The splitter wasn't where we wanted, and the patterns we were using weren't the right ones. But after the first inning, everything clicked and we made the necessary adjustments -- the splitter was better, the slider was good and commanding the fastball, commanding and attacking the zone."

But after a 13-pitch first inning, Tanaka cruised. As he made it through his first turn through the Rays' order, he had four strikeouts and didn't allow a baserunner.

Although Boone understood why Tanaka may have felt he had trouble reining some of his pitches in early, he also saw the outing for what it was statistically: Tanaka's most dominant of the year.

"I do think he got away with some pitches," Boone said. "But the combination was I felt like the best I saw from him as far as fastball, slider, split -- all of them playing a factor."

The 23 swing-and-misses Tanaka induced against a lineup that boasts the fourth-highest batting average in the American League were his most since Sept. 29, 2017, and the third most in his career.

Tanaka also became just the third Yankees pitcher in the past 17 years to throw a shutout with 10 strikeouts. He joined Luis Severino (who did it in May 2018) and Hall of Famer Mike Mussina (September 2002) in accomplishing that feat.

"He's a guy that's a top guy in the rotation, so we expect that kind of performance," first baseman Luke Voit said.

It's an expectation that Tanaka hasn't always lived up to this season, as his 5-5 record would indicate.

But maybe now, with the Yankees having finally gotten three straight starting performances they had been so desperately seeking, outings like this will become more of the norm. For that to ring true, they'll need a strong bounce-back outing from J.A. Happ against the Rays on Tuesday.

If Happ and CC Sabathia can improve upon the rough performances they had last Thursday and Friday in Chicago, then the fledgling Yankees staff would have made it a full turn through the rotation looking stronger than before. 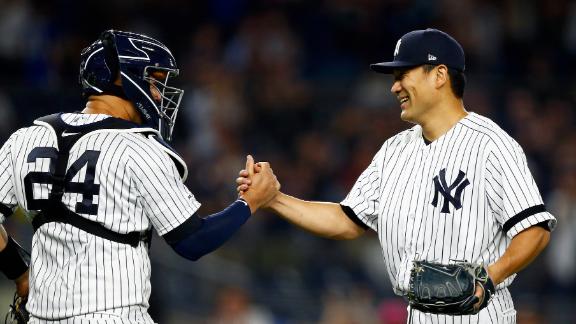 Snow, ice and rain moving away from area