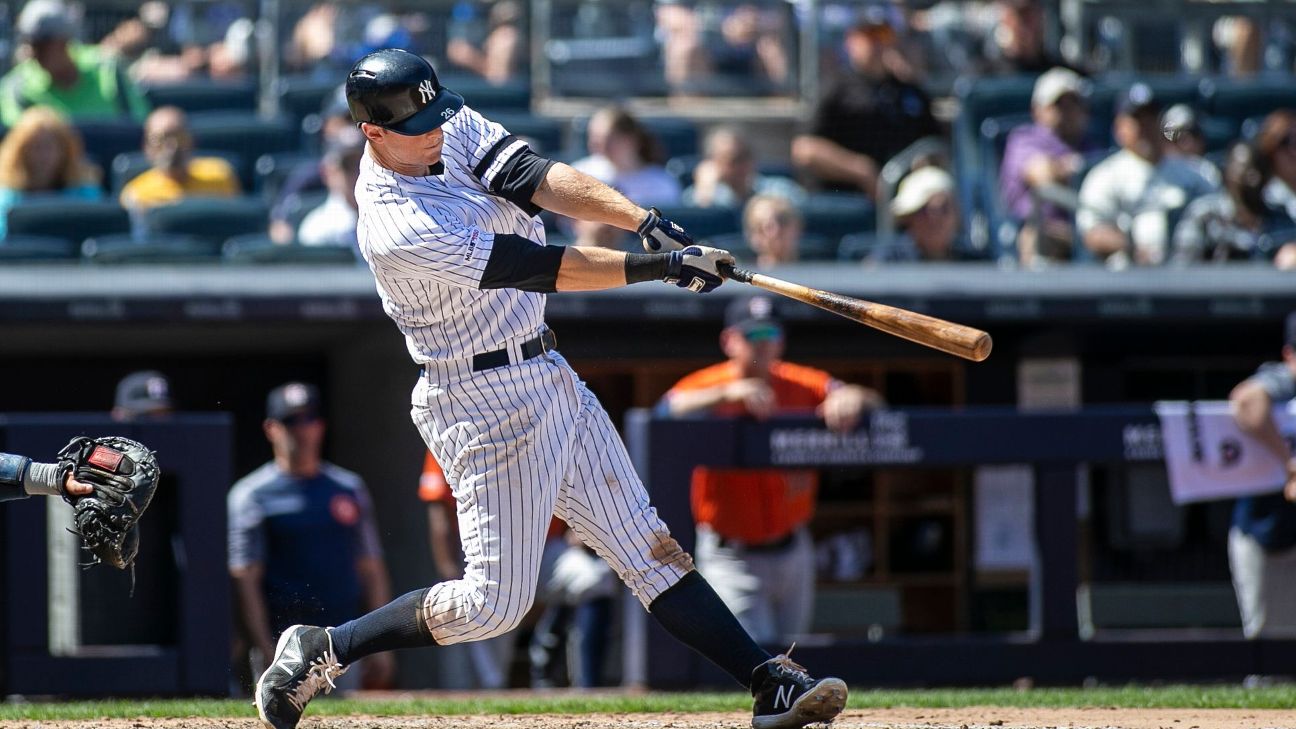 NEW YORK -- On Old-Timers' Day in the Bronx, the current New York Yankees put their powerful stamp on the franchise record books.

For a record-setting 26th consecutive game, the Yankees hit at least one home run. When third baseman DJ LeMahieu's fifth-inning, three-run shot got up just over Yankee Stadium's right-field wall Sunday afternoon, the 2019 Yankees broke a tie with the 1941 Yankees, who had held the old franchise record of 25 straight games.

That 1941 team was paced by the likes of Joe DiMaggio, Tommy Henrich and Charlie Keller. From June 1-29 that year, DiMaggio had 10 homers, while Henrich and Keller had nine.

"Guys are putting together good at-bats, and that's what's great about this team: We could hit a home run at any point," Yankees first baseman Luke Voit said following the 9-4 loss to the Houston Astros that halted an eight-game winning streak. "It doesn't matter who's pitching, if it's the first inning or last inning. It's pretty cool. And DJ's been hot right now."

This year's Yankees have been paced during their streak by catcher Gary Sanchez, who has hit eight home runs since the streak began May 26. Shortstop Gleyber Torres and LeMahieu each have six.

With this current streak, 12 different Yankees have combined to hit 45 home runs -- but none of them have been from Giancarlo Stanton or Aaron Judge. Both sluggers, who respectively were the National and American League home run champs in 2017, are just getting back from injured list stints that held them out for more than two months.

"We've got a great lineup, and a lot of guys that can hurt you," manager Aaron Boone said. "It's in a lot of ways one of the ways we're built. We do a really great job, and especially in this ballpark -- and especially our right-handed hitters -- of being able to use the entire field, which, when you play here, is important if you're going to hit for consistent power. And our guys, for the most part, really do that well."

Up next for this year's Bronx Bombers is the major league homer-hitting streak, which stands at 27. If they hit just one home run in Monday's series opener with the visiting Toronto Blue Jays, the Yankees can tie that mark, which was set by the 2002 Texas Rangers.

Last season, the Yankees set a separate major league homer-hitting record. Their 267 are the most hit by a team in a single season.

Earlier Sunday, Yankees Hall of Fame closer Mariano Rivera, who went 0-for-3 as a hitter during his 19-year big league career, hit his own home run. The pitcher's inside-the-park homer to center was a memorable moment in this year's Old-Timers' Day game, his first as a retired player. 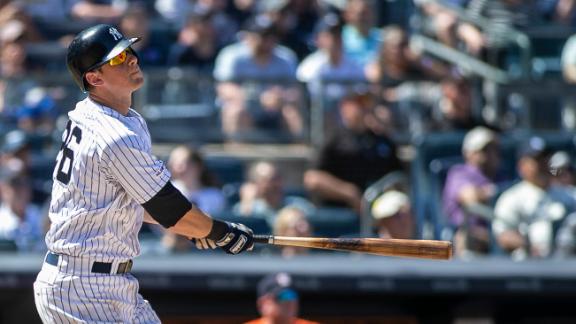 LeMahieu's three-run shot gives Yankees a HR in 26 straight games
The Yankees hit a home run for the 26th straight game when DJ LeMahieu takes a Justin Verlander offering to right for a three-run blast. 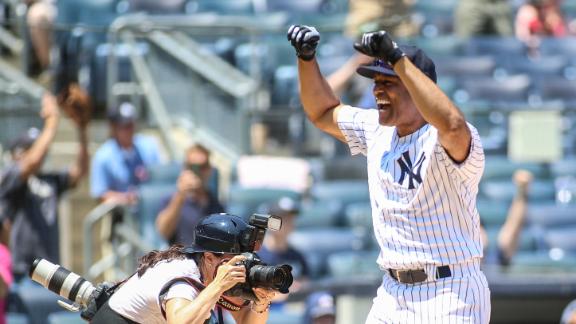