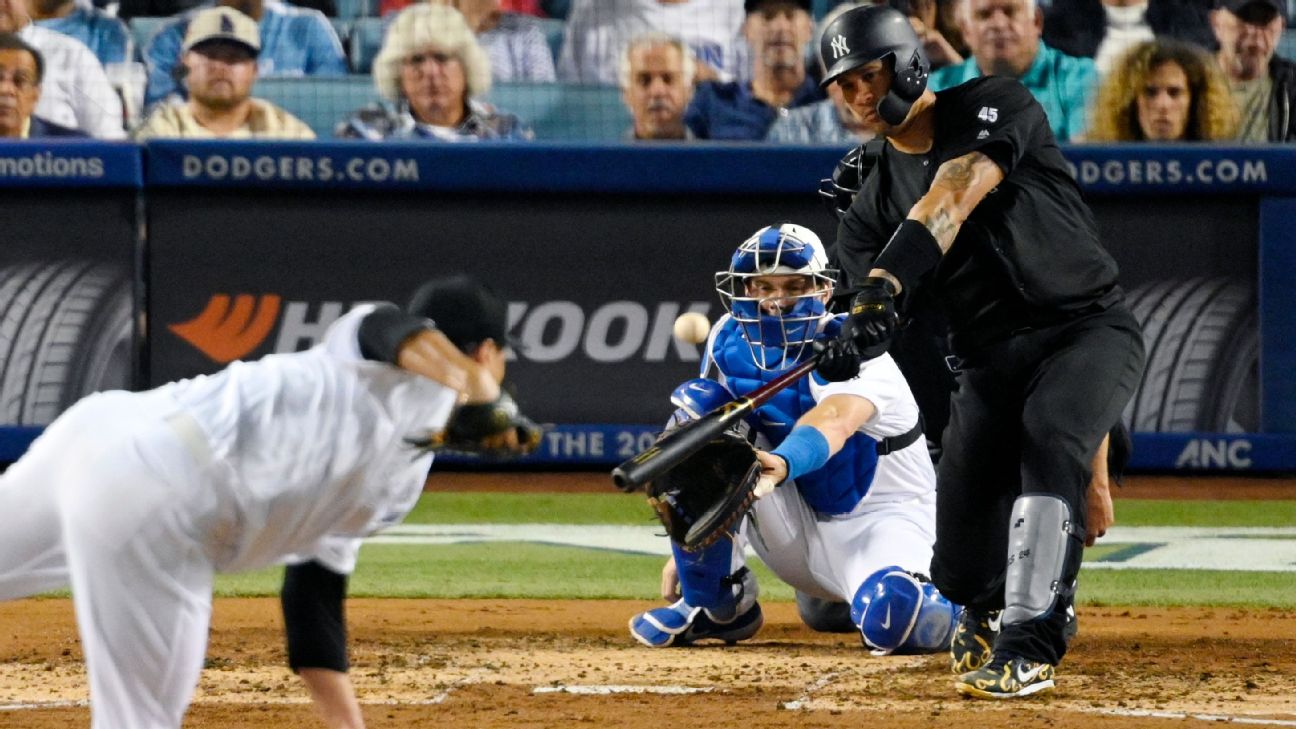 Sánchez slugged a third-inning home run off of Ryu in his 355th career game, becoming the fastest player to reach 100 homers in American League history.

In major league history, only first baseman Ryan Howard (325) reached the century mark in fewer games in the National League for thePhiladelphia Phillies. The next fastest catcher to get to 100 home runs is Hall of Famer Mike Piazza, who did it in his first 422 games during his time with the Dodgers.

"He's our best hitter, it's something I've said for a long time," said outfielderAaron Judge, who also hit a home run earlier in the inning against Ryu, one of the five homers hit by the Bombers on Friday night.

"He has one of the most explosives swings in the game and he's got adjustability with it, too. That's what makes him so great. He's able to adjust to off-speed pitches well and he's always ready for the heater. That's quite a milestone for him and there's a lot more where that came from."

Ryu, who gave up a season-high seven earned runs over 4 innings pitched against the Yankees, came in with the best home record for any pitcher in the majors, going 8-0 with a 0.80 ERA in 11 Dodger Stadium starts this season. Ryu had a 0.31 ERA (two earned runs in 57 innings) in his past eight home starts. Since ERA became an official stat in 1913, only two pitchers had a better eight-start stretch at home in MLB history: Walter Johnson (0.24) for the Washington Senators in 1917 andClayton Kershaw(0.30) for the Dodgers in 2016.

"To come play a big interleague series at Dodger Stadium, our guys relish that. To have those kinds of at-bats, impact at-bats, with slugging against a guy like Ryu, it was really nice to see," manager Aaron Boone said. "[Sánchez] is a special talent and when he's controlling the strike zone, he's elite. Good to see him continue swinging the bat as good as he is and hopefully will continue with the momentum he's got going."

Said teammateDJ LeMahieu:"That's pretty impressive, but it doesn't surprise me. Seeing him from afar I always knew he was a good hitter, but seeing him every day and seeing the type of hitter he is, it's really impressive."

The month of August has been much more prolific for Sánchez after finishing July with a .102/.172/.688 slash line and only one home run in 15 games before a second stint on the injured list (left groin).

"It's very special," Sánchez told ESPN. "I didn't come to the majors dreaming of certain numbers, you just show up every day to do your job and perform to the best of your ability and put the ball in play. Home runs will happen when you least expected." 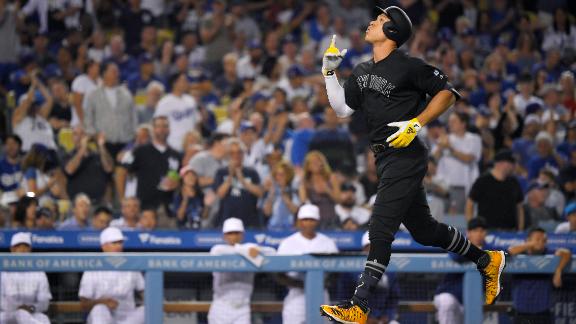