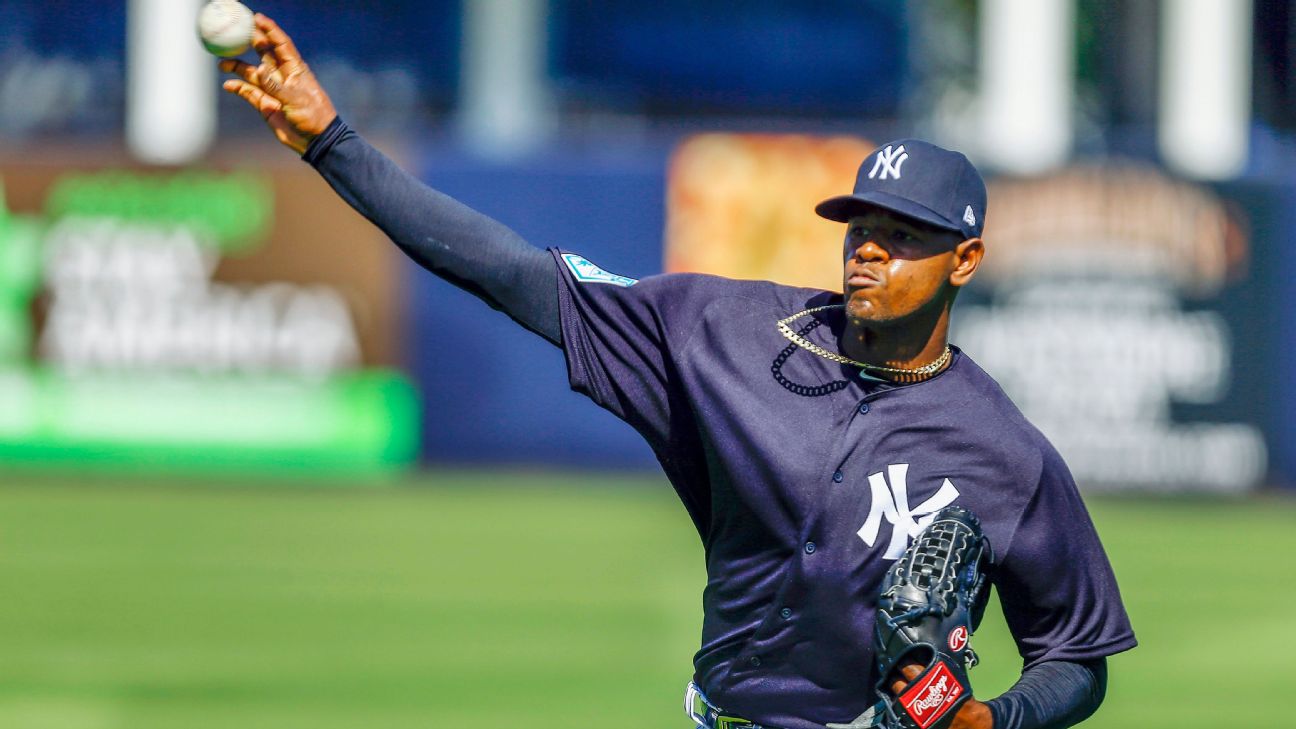 Severino, coming back from a lat muscle injury, said he felt good after throwing 35 pitches over two innings against minor leaguers on Tuesday. The 25-year-old also took part in a simulated game last Thursday and is lined up to start a minor league game Sunday.

New York manager Aaron Boone said because of a pending storm headed for Florida, the expectation is Severino will pitch for Double-A Trenton on Sunday.

"We're kind of taking it now a step at a time and seeing how he responds," Boone said. "The plan would probably be Sunday, a couple of innings, 35 pitches out of the gate, probably throw a few out of the game to get him up a little higher from a pitch-count standpoint and then we'll evaluate and see what we have as far as minor league seasons left and stuff like that. As of right now it's assuming he comes through this outing well, Sunday is the next step."

Severino, 19-8 with a 3.39 ERA in 32 starts last season, was hurt while throwing in the bullpen before his first scheduled spring training appearance and has not pitched this season.

Reliever Dellin Betances (lat muscle) and left-hander Jordan Montgomery (Tommy John surgery) are working out with Severino at the team's complex in Tampa, Florida. All three could rejoin the AL East-leading Yankees in September.

Betances is set to face hitters Wednesday for the second time after a 20-pitch batting practice session last Saturday.

Montgomery is expected to make his second rehab start later this week. The lefty went two perfect innings Sunday for Class A Tampa.