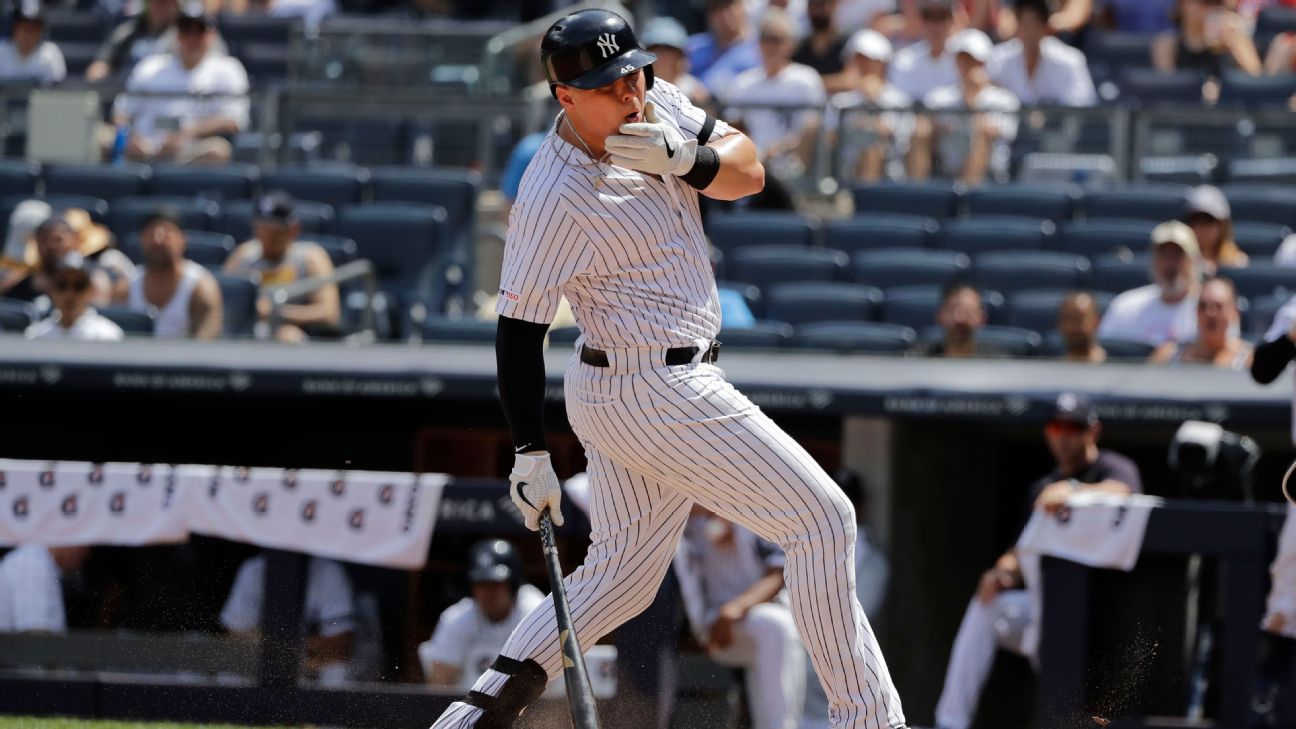 New York Yankees first baseman Luke Voit is headed back to the injured list with a sports hernia and could be sidelined well into September if he needs surgery, manager Aaron Boone said Wednesday.

Boone said the Yankees will evaluate Voit over the next few days. Options include treating the injury on a day-to-day basis or having surgery, which would keep him out of the lineup for six weeks.

"Over the next 24 hours, we'll determine a course of action," Boone said. "Hopefully it's a shorter-term situation with Luke, but worst-case, we'll hopefully have him back before the end of the season, and we have all the people capable of withstanding that."

Voit left Tuesday's 4-2 loss to the Arizona Diamondbacks in the fifth inning and had an MRI following the game.

One of Voit's swings during an at-bat in the bottom of the third that ended in a strikeout raised a few eyebrows in the Yankees' dugout, as they thought something looked a little off. Voit later told Boone and the training staff that he had been having trouble getting loose all day.

This is the second time this season that he's dealt with an injury around his torso. On July 2, he landed on the 10-day IL due to an abdominal strain.

Boone couldn't definitively say whether the two core-muscle injuries were related, but they certainly appear to be.

"That's possible that there's some correlation there," Boone said. "This is something that frankly goes back before that [July 2 injury]. Something that's been in there for a while. The sports hernia that has declared itself now, is the best way I can kind of put it."

Also, All-Star infielder DJ LeMahieuwill miss his fourth straight game Wednesday because of a groin injury. He is tied with Boston's Rafael Devers for the AL lead in batting average at .332.

Boone said LeMahieu is likely to return for Friday's series opener against the Red Sox.

In other moves, the Yankees placed right-hander David Hale on the injured list with a lumbar spine strain and recalled right-hander Jonathan Holder and infielder Breyvic Valera from Triple-A Scranton/Wilkes-Barre.

Valera is an option to help replace Voit, and he also could provide relief for LeMahieu at any of his infield positions if needed. Once back in the lineup, LeMahieu can play first base in place of Voit, as can Edwin Encarnacion, who started there Wednesday.

Third baseman Gio Urshela also is an option at first base as Voit rehabs. Greg Bird, however, is not, as he remains in an early rehab phase of a plantar fascia tear at the team's complex in Tampa, Florida.