Yoenis Cespedes comes up sore in rehab game, out until at least Tuesday 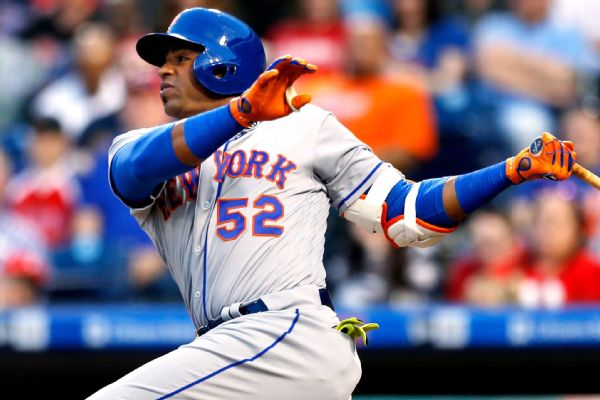 New York Mets outfielder Yoenis Cespedesexperienced a setback in his first minor league rehab game Friday night and will be shut down until at least Tuesday, the Mets announced.

Cespedes, who has been out since April 28 because of a left hamstring strain, felt soreness in his right quad while running the basesfor the Class A St. Lucie Mets, the team said. He finished 0-for-2 with a walk and a run scored and was replaced after playing six innings in left field.

In a statement released by the Mets after Friday's game, Cespedes said, "It was good to get back on the field today. It's been really hard being away from the team. I look forward to hopefully getting back to New York soon."