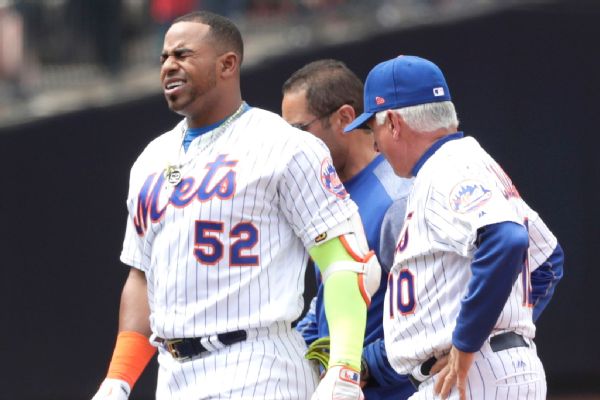 New York Mets left fielder Yoenis Cespedes, who has been out since April 28 because of a left hamstring strain, began his minor league rehab assignment Friday night, going 0-for-2 with a walk and a run scored for the Class A St. Lucie Mets.

"It was good to get back on the field today," Cespedes said in a statement released by the team. "It's been really hard being away from the team. I look forward to hopefully getting back to New York soon."

Cespedes has been on the DL ever since. He hopes to return to action next week.