Zlatan Ibrahimovic and David Villa will not play in the MLS All-Star Game against Juventus on Wednesday.

LA Galaxy's Ibrahimovic pulled out citing fatigue, while Villa will not be able to recover from an injury in time to play in Atlanta. As a result, both players will be required to miss their next games for their clubs, under MLS rules.

Tyler Adams of the New York Red Bulls and Minnesota United's Darwin Quintero will replace them on the All-Star squad.

The Galaxy saidIbrahimovic will miss out because he has played three matches in a week before the match, as well as because of the increased travel involved. He will now be able to stay in California while the Galaxy travel to face the Colorado Rapids on Saturday.

"I am disappointed to miss the 2018 All-Star Game against Juventus, one of my former clubs," Ibrahimovic told the Galaxy website. "I want to thank the fans for voting me to the team. My main focus is to score goals and help the LA Galaxy to the playoffs."

Villa has started in the All-Star Game the past three years but will sit out this time after missing NYCFC's last six games. The All-Star Game decision will mean he also misses this weekend's game against the Vancouver Whitecaps.

Ibrahimovic, 36, scored a hat trick in the LA Galaxy's 4-3 win over Orlando City on Sunday to take his season tally to 15 goals in 17 games. The result moved LA up to third in the Western Conference standings.

"I'm training good," he said after the game. "I don't miss one training. I'm playing all the games. I have a good balance. I take care of my body.

"My age is what it is; I'm still proving even if my age what it is, I'm still proving that it's not about the age. It's about how you prepare and how you take care of yourself. People were worried how old I am. But don't worry about my age. You should worry when I slow down."

Ibrahimovic admitted to being tired in the last 10-15 minutes of Sunday's game, and said he would have scored five goals had he been at full strength.

When [Zlatan] Ibrahimovic posts up, it's like Shaquille O'Neal or people like that; you just don't move them," Galaxy coach Sigi Schmid said about Ibrahimovic's performance. "And, what we've learned as a team is that we've tried to take advantage of that."

Zlatan gets a pass for skipping All-Star game
Ale Moreno reports from Atlanta and, together with the FC crew, rationalizes Zlatan Ibrahimovic's decision to pull out of the MLS All-Star game. 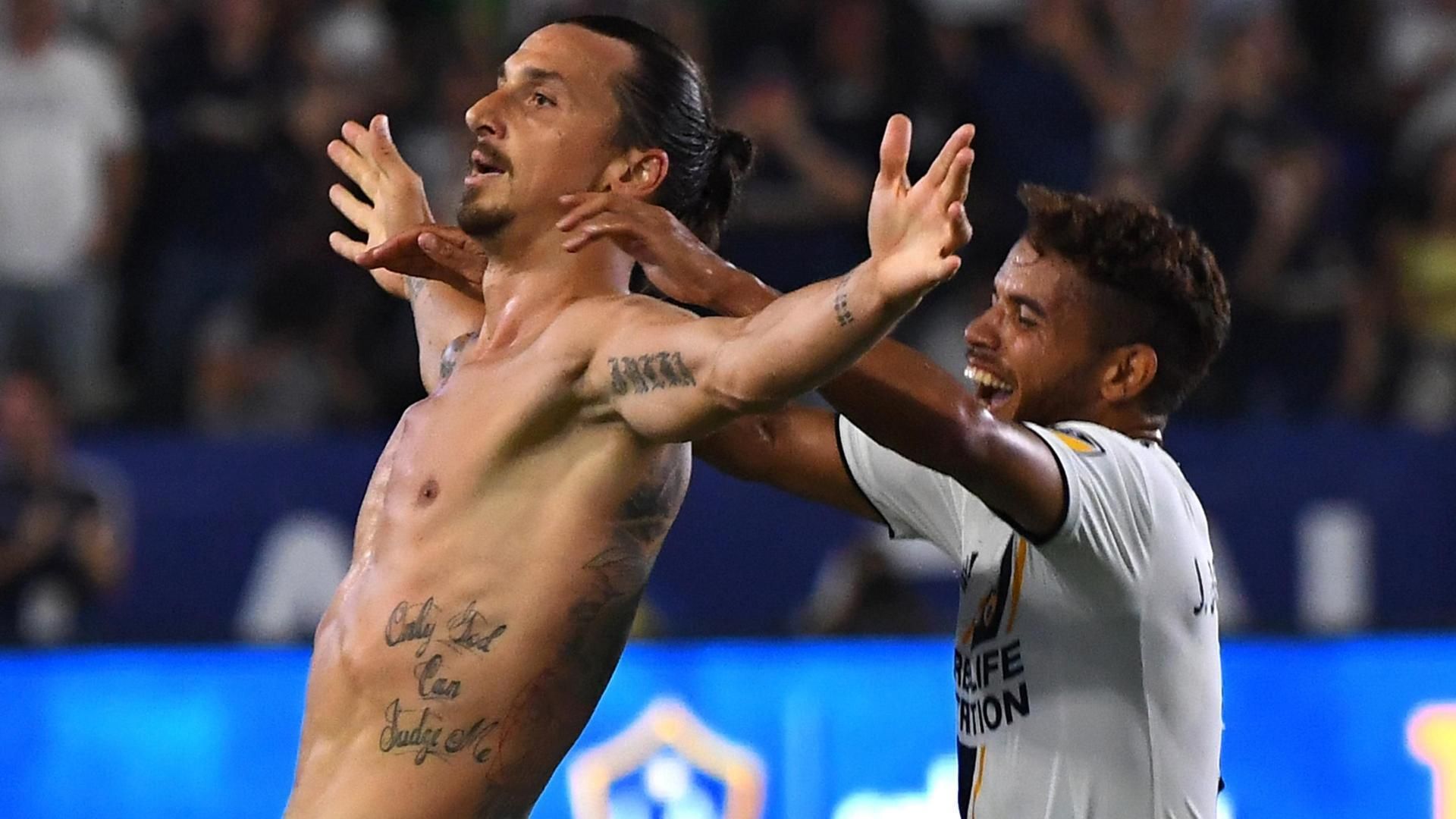 El Trafico: Birth of a Rivalry - Via MLS
Relive the first ever "El Trafico" between LAFC and the LA Galaxy, including Zlatan Ibrahimovic's stunning introduction to Los Angeles.

Zlatan: Like LeBron, I move like a ninja
Zlatan Ibrahimovic joins Pardon the Interruption to talk through his experience with the LA Galaxy and how his playing style compares to LeBron James.