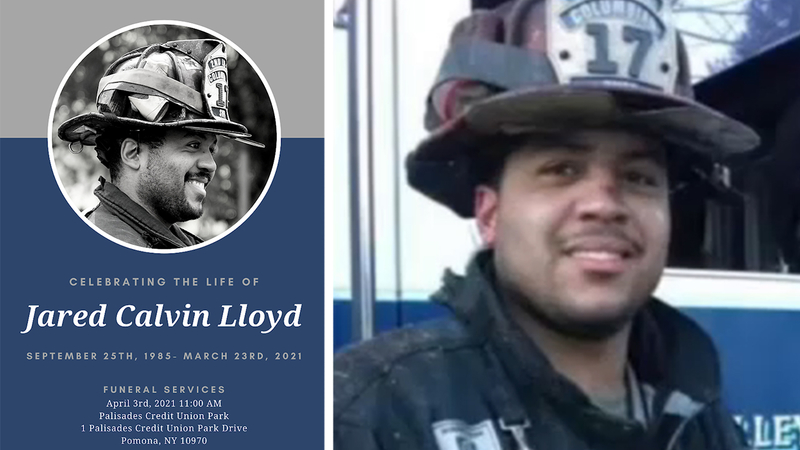 SPRING VALLEY, Rockland County (WABC) -- A final salute will be held Saturday to say farewell to a Rockland County firefighter who lost his life during a massive fire on Tuesday.

The funeral service for Spring Valley firefighter Jared Lloyd is expected to begin at 11 a.m.

Family, friends and colleagues will pay their last respects at Palisades Credit Union Park in Pomona.

A Capitol Police officer has died from injuries after a suspect rammed a vehicle into a barricade and exited the vehicle with a knife near the U.S. Capitol in Washington, D.C., Friday.

A procession will carry Lloyd's body into the stadium and will be escorted by the Rockland County Police Emerald Society Pipes and Drums Band.

The 35-year-old father of two died on Tuesday, March 30 after he ran into an assisted living facility to save residents during a massive fire.

"His loss is devastating," Rockland County Executive Ed Day said. "His loss and his heroism will never be forgotten."